Huerta acknowledged that critics of the NextGen program have said that the agency is moving too slowly and has not been able to provide cost-benefit analysis and operational gains and improvements for the NextGen aircraft equipage investments that operators have to make in order to make the program work. At the same time, he noted that this perception should be changing as the agency moves full scale into the deployment of new technologies and procedures in airspace.

Under that premise, he delivered some updates on operational benefits that the agency has discovered as a result of the introduction of new GPS-based procedures in North Texas, Houston, and Washington, D.C.

"We have made more progress than you might realize. Modern, GPS-based procedures now outnumber the old ground-based procedures," said Huerta. "System-wide, we have measured $1.6 billion in benefits to airlines and the traveling public from the NextGen capabilities we have already enabled. In the next 15 years, we estimate these changes alone will produce an additional $11.4 billion in benefits."

While the majority of the FAA's publicly announced NextGen National Airspace System (NAS)-wide modernization progress has mainly focused on benefits for commercial carriers, Huerta directly spoke to the agency's partnership with one of the business aviation industry's leading fractional jet ownership providers, NetJets. In February, NetJets and Ohio State University announced a new 5-year agreement with the FAA to build and implement NextGen initiatives within the NAS. At the time, there were no specific programs or objectives announced under the partnership, as it was mainly agreed to as a framework looking to reduce fuel usage, monitor air traffic flow, and reduce aircraft noise impact. Huerta went into slightly more detail about the project on Tuesday.

"I’ll give you an example of how NextGen is affecting business aviation. When the FAA was looking for a partner to explore the potential benefits of data sharing and the future possibilities of NextGen, we were pleased when NetJets came to us with the idea of mining our NextGen data and taking on the analysis to help adjust their operations for greater efficiency," Huerta explained. "In return, we get the results of those adjustments, plus feedback from the company’s fleet of 600-plus aircraft as they operate in the airspace every day. We have used some of this congestion data to mitigate traffic jams at smaller fields that cater to NBAA members."

Drones in the Sky

The integration of commercial UAS into civil airspace was also a major part of Huerta's speech. UAS companies have had a major presence at NBAA 2015, and the association has also organized several panel discussions and demonstrations around the topic this year. This included the "UAS in Business Aviation” panel featuring Robotic Skies CEO Brad Hayden and Insitu Vice President of Commercial Business Development Paul McDuffee.

Huerta's major focus, however, was the safety aspect of integration, and the increasing number of UAS sightings being reported by commercial pilots in recent months.

"A number of these sightings have occurred on final approach to major airports; so close that controllers have been able to see the smaller aircraft from the airport control tower. But we have also had a surprising number of sightings at altitudes of 5,000 and even 10,000 feet. In some cases, unmanned aircraft have interfered with emergency operations such as fighting wildfires or rescuing flood victims," said Huerta.

Huerta also noted that the FAA estimates 700,000 new unmanned aircraft will be sold during this holiday season.

“Operators with little or no aviation experience will be at the controls of many of these aircraft. Many of these new aviators may not even be aware that their activities could be dangerous to other aircraft — or that they should even be considered aviators at all. We are aggressively addressing this issue through a combination of education, outreach and, when necessary, enforcement," said Huerta. "We also are busy working on an unmanned aircraft registration system. A task force met two weeks ago to help determine what this system will look like. I expect the group to deliver its recommendations to me later this week." 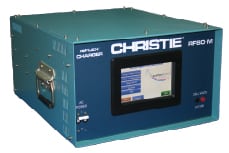 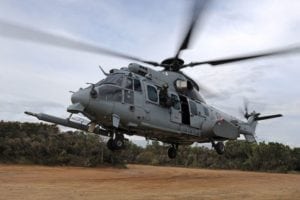