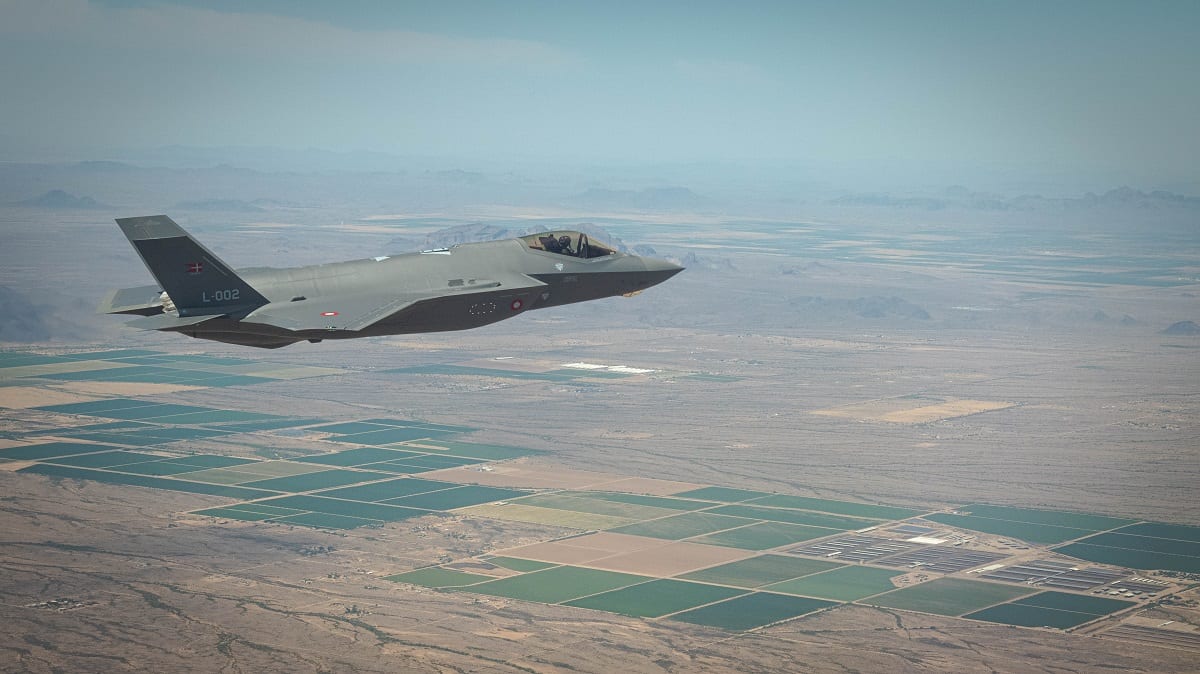 Leonardo DRS said on June 24 that it has received a subcontract from Cubic Corp. to deliver more than 150 internal subsystems (IS) of the P5 Combat Training System (P5CTS) for the Lockheed Martin F-35 Lightning II fighter’s Air Combat Maneuvering Instrumentation (ACMI) system.

Leonardo DRS said that it has delivered more than 779 of its P5CTS internal subsystems for the F-35 to provide training “to counter and keep ahead of growing global adversarial threats.”

The U.S. Air Force has been looking to correct cybersecurity shortfalls in P5CTS pods on older F-16 and F-15 fighters through a System Security Upgrade (SSU). The SSU will replace the P5CTS Data Guard Processor with a National Security Agency-certified Type 1 encryption device to improve cyber protection of the P5CTS Airborne Subsystem’s data-link.

The older F-16s and F-15s have a wing-mounted flight training airborne subsystem (AS) pod, and the cybersecurity remedy will likely be important for secure data exchange between those aircraft, other fourth-generation aircraft, and the F-35s, which carry the IS–an internal version of the system.

“Leonardo DRS’ unmatched ability to integrate ACMI systems onto fighter aircraft, either externally in pods, or internally in the F-35 continues to provide the warfighter the information they need to maximize the value of their training for current and future combat,” Leonardo DRS Airborne and Intelligence Systems Vice President Larry Ezell said in a June 22 press release.

The Air Force Life Cycle Management Center (AFLCMC) at Wright-Patterson AFB, Ohio has said that the SSU “will require the production of field installable retrofit kits for the AS and integrate the SSU modification into the overall P5CTS architecture.” For SSU, the Air Force is to buy up to 1,015 SSU AS kits.

In an April SSU pre-solicitation and subsequent request for proposals (RFP), AFLCMC said that “a security upgrade” for P5CTS “must be completed.”

“Headquarters Air Combat Command requires implementation of an encrypted P5CTS data link to a) protect tactics and training methods and b) allow 4th generation aircraft to engage the F-35 during training missions,” per AFLCMC.

Responses to the RFP are due by June 25. For SSU, AFLCMC said in the RFP that it wants “a shop-replaceable retrofit kit to replace the obsolete Data Guard Processor (DGP) in the Airborne Subsystem (AS)/pods that consists of a Data Security Module (DSM), and a P5 AS modified End Cap (MEC), interface cable(s) and associated hardware.”

“The DSM shall encrypt data through a National Security Agency (NSA) certified Type 1 encryptor and provide a NSA certified control interface that enables or restricts the access or transfer of information between security domains,” per AFLCMC. “The P5CTS AS currently transmits unencrypted Controlled Unclassified Information (CUI) over-the-air. Department of Defense’s Risk Management Framework requires that classified and CUI information be encrypted. Accordingly, the P5CTS must remedy the obsolescence concern and noted deficiencies to enable continued operations through at least 2030.”

AFLCMC has said that it intends to award a firm fixed price, six-year contract for SSU.

Last September, the Air Force awarded Cubic a $193.3 million contract to continue support through September 2027 for almost 1,000 P5CTS Airborne Subsystems and range infrastructure at more than 20 Air Force bases and training ranges, as well as support for the use of P5CTS by allied countries, including the United Kingdom, Saudi Arabia, Qatar, Australia, Egypt, Morocco, and Singapore.

The Air Force Armaments Directorate at Eglin AFB, Fla., said in April that the service has 947 P5CTS pods that it can use on 4th generation fighter aircraft, including the Air Force F-15, F-16, and A-10 aircraft and the Navy F/A-18E/F Super Hornet.

Last September, Cubic said that it expected to deliver 250 AS to the Air Force and international customers this year.

Cubic has said that all F-35s have the P5 IS for the provision of encrypted ACMI for U.S. and allied forces to train on a common ACMI platform.

Cubic received the initial P5CTS contract in 2003 and delivered its first wing-mounted P5CTS pods for Air Force F-16s in 2006.

The Navy and Air Force created their “Top Gun” and Tactical Fighter Weapons School, respectively, in response to aircrew training shortfalls the services said they saw during the Vietnam War, including shortfalls presented in the Navy’s Ault Report in 1968.

Now the services may move out on a new air combat training system.

“Both systems are becoming obsolescent as air platforms, simulators, and computer modeling of air operations all become more sophisticated,” Leonardo DRS said. “As a result, there are limits on their abilities to conduct the kind of exercises of joint forces that would be the norm in current and future real-world conflicts.”

Last summer, the Air Force joined the Department of the Navy effort to field follow-on training systems, based upon the Navy’s TCTS Increment II system by Collins Aerospace and Leonardo. The Air Force system is to be called P6CTS.

This article was first published on Defense Daily, a sister publication to Avionics. It has been edited. Click here to view the original version. 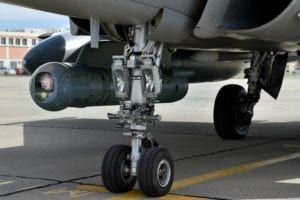 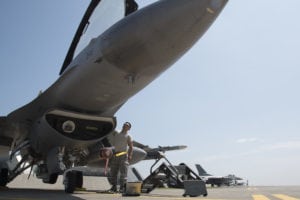