Lilium has a new partnership with Honeywell Aerospace to create the avionics and flight control systems for its electric vertical take-off and landing (eVTOL) aircraft, the 7-Seater Jet, the company announced on June 9.

“Honeywell has a decades-long track record of developing and certifying avionics and safety systems for leading aerospace companies and has worked alongside Lilium to develop a bespoke solution for our aircraft,” Yves Yemsi, Chief Program Officer at Lilium, said in a statement. “We are proud that Honeywell is joining our roster of world-class aviation partners and also as one of our investors as we prepare to launch commercial operations in 2024.”

Lilium debuted its 7-Seater Jet design in April which features an architecture based on efficient cruise flight for regional air mobility. The aircraft will have a range of 200 kilometers and speeds up to 300 kph. The aircraft uses forward canards, main wings, and a distributed propulsion system with 36 individually controlled flaps each containing an embedded ducted fan.

“The avionics and flight control computers from Honeywell will be a key element for the Lilium Jet's electronic architecture,” Yemsi said. “Honeywell will integrate an advanced flight deck tailored for Lilium Jet as the central interface to the pilot with a vehicle management computer and a high integrity flight controls computing platform to provide a state-of-the-art Fly-By-Wire solution for the Lilium Jet.”

Honeywell’s compact fly-by-wire system will be used as the flight control system on Lilium’s eVTOL controlling all moveable parts on the aircraft including its ducted fans, according to Lilium.

The aircraft’s other avionics system will also be provided by Honeywell, according to the release. The system will be designed to be flown by a single pilot as well to reduce training time.

“At Honeywell, we believe in the promise of the Urban Air Mobility segment and we see the enormous potential it has to bring about a new age of aviation and forever transform the way we think about flight and transportation,” Stéphane Fymat, vice president and general manager of Urban Air Mobility at Honeywell, said in a statement. “Lilium shares that vision with us, which has enabled us to forge a fantastic relationship. We’re extremely excited for our avionics to be on board the Lilium Jet, where they will help ensure not only safe operation, but also make it easier for pilots to fly and provide a more comfortable journey for those onboard.”

Honeywell will also participate in the common stock PIPE offering with Lilium’s SPAC transaction with Qell, according to the release.

The Honeywell partnership comes several weeks after Lilium recently announced a partnership with Luxaviation Group to support its eVTOL operations in Europe. 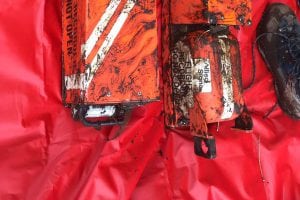