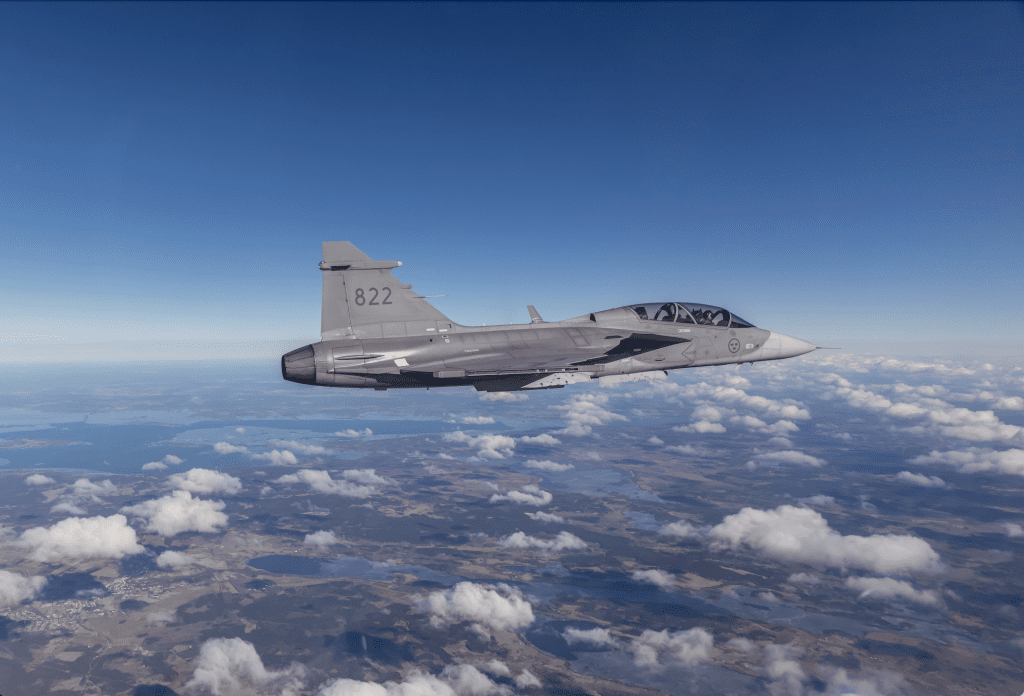 A 3D-printed exterior hatch flew on the Gripen for the first time on March 19 in Sweden during a test flight, Saab announced on March 30. (Saab)

A 3D-printed exterior hatch flew on the Gripen for the first time on March 19 in Sweden during a test flight, Saab announced on March 30. The flight is the Swedish aerospace manufacturer's next step in testing additive manufacturing in battlefield damage repairs.

The Gripen was designed to have a low logistic footprint, Niclas Kolmodin, vice president and head of the business unit at Gripen Support, told Aviation Today. One limitation to these aspirations is damage to the aircraft which can often remove it from service for several weeks.

“If you have a failure because the hatch got run over by a car when you put it on the ground or for any reasons failed so you can't really use, it would ground the aircraft,” Kolmodin said. “And since we always want to strive to have as many operational aircraft as possible, we looked into what we call battle damage repair, meaning that when you are in the field or outside your home base you can do some sort of structural or other repairs to get the aircraft flying again.”

Shipping parts to the field would require the aircraft to be grounded for an extended period of time, and bringing lots of spare parts creates too large of a logistical footprint. Saab decided to trial a containerized solution that could travel with the aircraft and 3D-print any parts it might need. 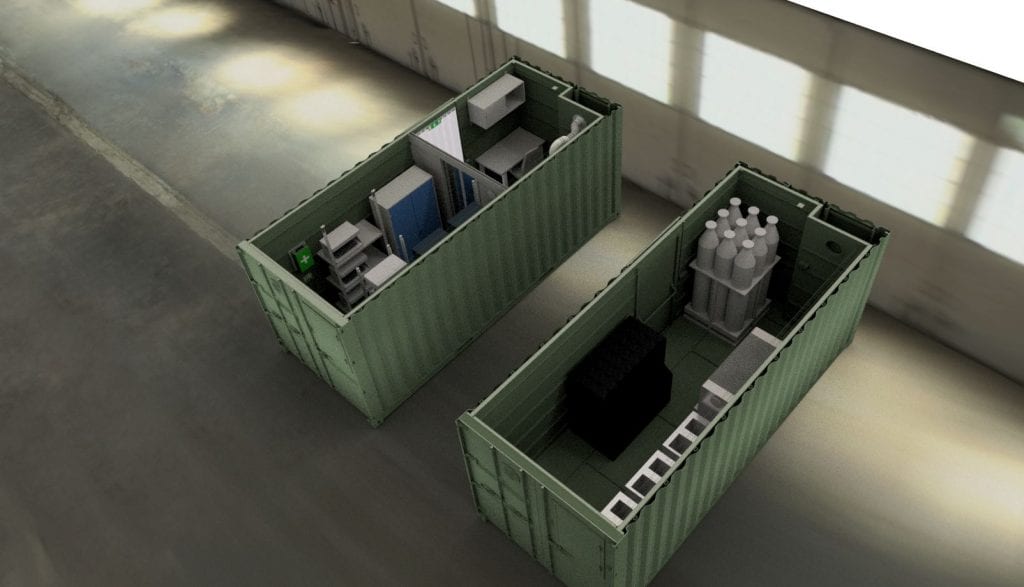 The 3D printer is transported inside this shipping container. (Saab)

“The container would contain a 3D printer and the 3D printer is like a refrigerator and freezer cabinet in size, but it has a small building chamber that is usually some 300 by 600 millimeters,” Backlund said.

They chose to start with printing this particular hatch because it comes off often during operation of the aircraft and can easily be damaged during the process, Backlund said.

“This one was actually 3D printed in polymer nylon,” Backlund said. “It takes just a few hours to print it and you can print several of them at a time.”

During this test, Saab engineers scanned the actual aircraft part to see if that method would work over using a 3D model of the aircraft, Kolmodin said. This was more complicated than using the 3D model but it did work and fit perfectly on the aircraft. 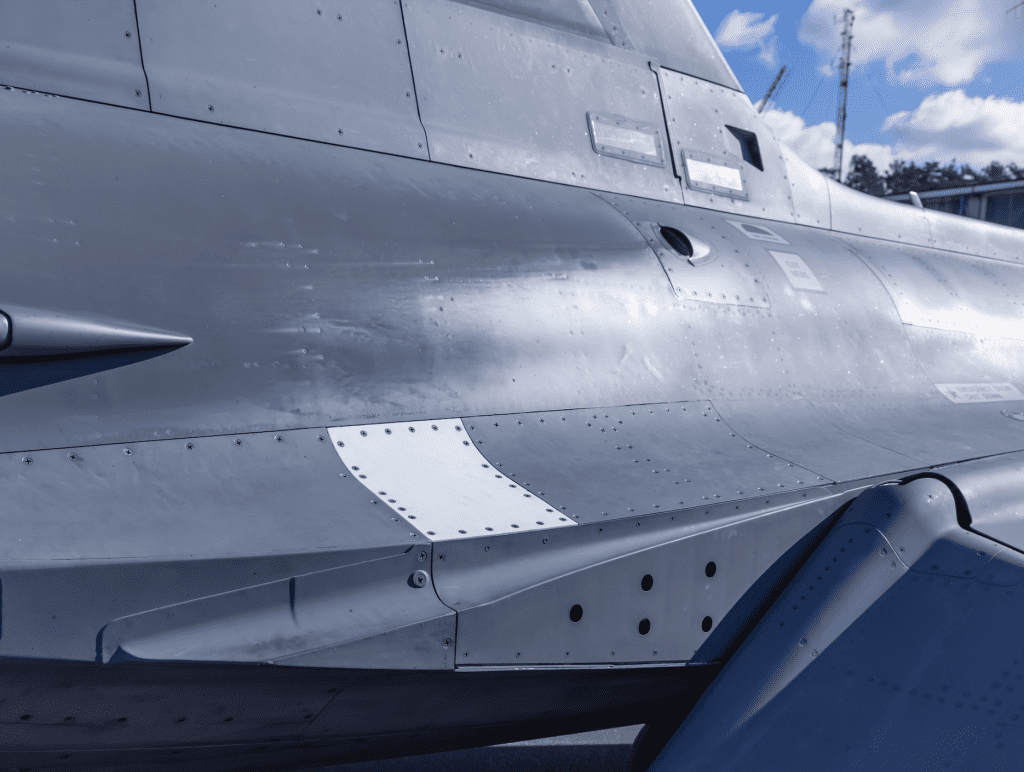 They chose to start with printing this particular hatch because it comes off often during operation of the aircraft and can easily be damaged during the process. (Saab)

Once the hatch was printed, they conducted many tests to make sure it was airworthy. These tests included extreme low temperatures and high-pressure simulations. The hatch underwent lots of additional testing because of the experimental nature of the project, Backlund said.

The part was proven airworthy and then it completed a successful flight test. The Saab team has sent the 3D-printed part off to be analyzed and will wait for results on how it held up after careful analysis of the material.

The results of these tests will help inform further tests for 3D-printed parts.

“The first version of this nylon for damage repair, yeah it can be used,” Kolmodin said. “It still remains to be answered for how many flights or flight hours it can be used before we don't trust it anymore. And the next step would be to take a look at other possible materials with the same printing equipment, for example, fiber-reinforced plastics and then you can sustain higher stresses in the component. So that would be an expansion of the study, but we haven't decided on that yet but it's an obvious potential to go further.”

“This isn't the first time we flew with 3D-printed parts on the Gripen fighter,” Backlund said. “We have the metal parts inside for non-critical structural parts and also onboard systems. We have, for example, the cooling system to the electronics is 3D-printed in aluminum, and that is actually in production for the Gripen E fighter is the latest version of the Gripen fighter.”

Kolmodin said right now the 3D-printed parts would just be an interim solution so that the aircraft would not have to be out of commission, however, if they used a stronger material this could turn into a longer-term solution.

“It's an interim solution still, I mean it's a plastic part in this case,” Kolmodin said. “If we could do aluminum, and get that to be cleared for a longer period we can actually replace resupply of the actual spare part.” 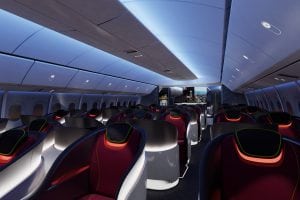 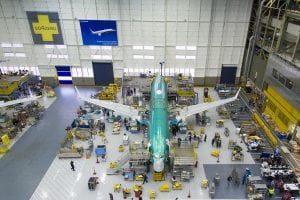