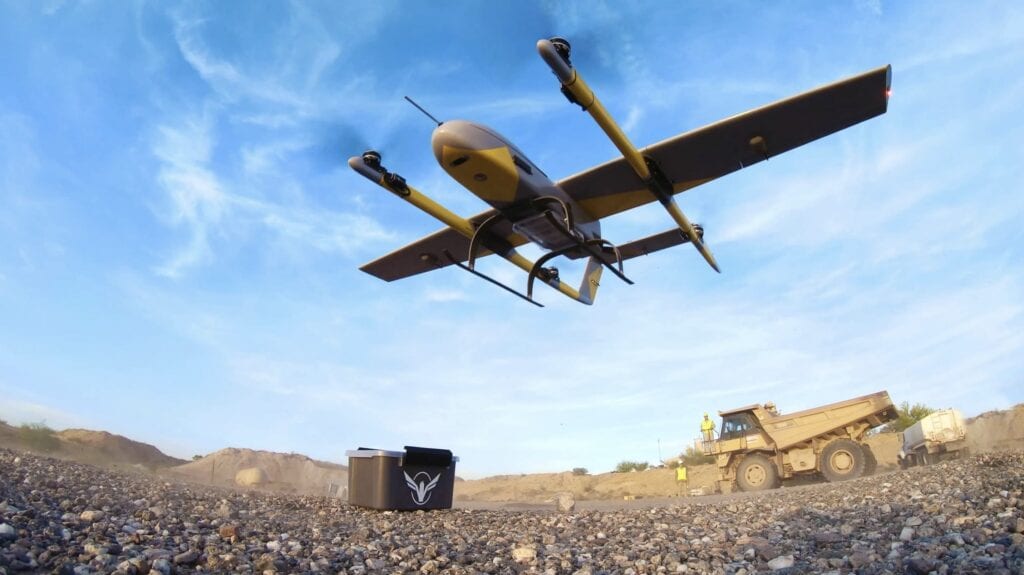 Will Roper, the former assistant secretary of the Air Force for acquisition, technology, and logistics, is joining drone maker Volansi’s board of directors, the company announced on March 3. Roper will assist Volansi with its strategy, operations, and growth in the defense market.

Under Roper, the Air Force made strides in encouraging innovation within the defense market and opening opportunities for commercial companies through initiatives like AFWERX and Small Business Innovative Research (SBIR) reform. Roper heavily advocated for Agility Prime, a project from AFWERX focused on electric vertical take-off and landing (eVTOL) aircraft.

“Volansi is exactly the kind of company I was hoping would come work in the Air Force,” Roper told Avionics International. “[They have] huge potential to change the world in a big way.”

Volansi creates vertical take-off and landing (VTOL) aircraft that have payload capabilities ranging from 10 to 200 pounds and a range of 50 to 500 miles, Hannan Parvizian, Volansi CEO and co-Founder, told Avionics. Their UAV serves both commercial and government applications with use cases like tactical aerial resupply, medical deliveries, and disaster relief.

“If you look at Volansi’s solution offering we have a family of systems approach,” Hannan said. “So we have aircraft that have on the small end, 10 pounds of payload and then scale that up to 200 pounds of payload. We started with a 20 series, which has 20 pounds of payload, and have now worked our way up to the larger platforms...We'll be announcing more details around that later this year so we have some really exciting product launches to announce that are going to service our DoD customers and enterprise customers alike.”

Roper hopes to advise Volansi about which military missions will be the most impactful and how to use those missions to gain credibility to commercialize their technology, he said.

“The Air Force is very good at certifying new technologies as safe to use,” Roper said. “So, having the Air Force mission isn't just good for the Air Force, it will be very good for domestic regulators, who will be able to use that to make decisions about opening up domestic airspace to the same kind of delivery. It's exactly the thing I hoped would happen in the Air Force and if Volansi really knocks it out of the park and changes the world because of the way they're able to deliver supplies and says working with the military was a critical component of that, other companies in future will follow the same path and it'll start bringing the .com and .mil ecosystems back together again.”

Gaining a military certification allows companies to operate within Department of Defense (DoD) ranges, which Volansi has been able to do, Hannan said. They are also working with the Federal Aviation Administration (FAA) to gain commercial certification.

“We've been working on ranges for two and a half years now, and will continue to expand that envelope and bring that same data at the end of the day to our commercial certification process, which is going to be hugely impactful and expedite that by quite a bit,” Hannan said.

Roper said part of his role on the board will be advising Hannan and Volansi about which opportunities to go after.

“Not all opportunities are the same,” Roper said. “So which ones are the best to go after for commercial success.”

One of these opportunities is proving a service to operators, Roper said.

Volansi’s UAVs are mostly focused on logistics use cases.

“Logistics is the backbone of the United States military,” Roper said. “It's never in the limelight but it is the differentiator between whether you can just fly an airplane in an airshow or whether you can fly it halfway around the world and sustain its operations there for years.”

While developing technology for commercial and defense customers Volansi found a lot of commonalities between their problems and therefore Volansi’s solutions, Hannan said.

“We see a lot of synergies in the problem set,” Hannan said. “At Volansi, fundamentally, we're developing a solution to solve customers' problems, and it turns out, everyone, both commercial or government, needs to move supplies and matter from one point to the other. So it's not necessarily that the government use cases are vastly different than a commercial use case. They are very similar...The only nuances are maybe, is how to integrate with an existing infrastructure on the DoD side versus how do you integrate with existing infrastructure on the commercial side, but those are minor nuances and details but fundamentally the solution itself is 80 percent of the same.”