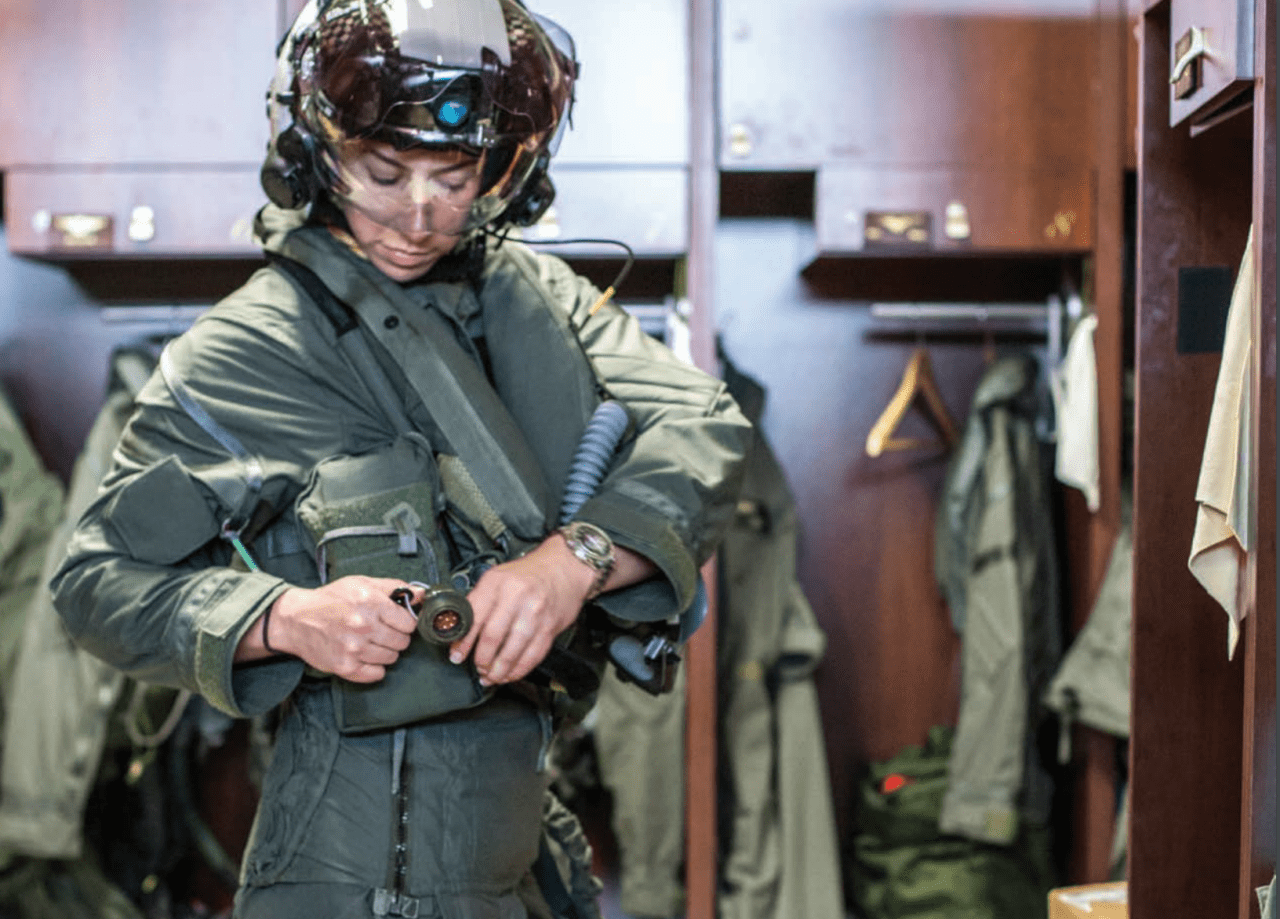 A team of researchers from Ball Aerospace, Collins Aerospace, the University of Iowa and the Air Force Research Lab (AFRL) have launched a promising research and development project that will consider how the use of a multi-variant, multi-sensor approach to real time monitoring of pilot physiological conditions could develop methods that can help reduce the number of Unexplained Physiological Events (UPEs) experienced by military pilots across a variety of fighter jets, helicopters and special mission aircraft.

Their research is inspired by a wide array of initiatives and studies that have examined occurrences where U.S. military pilots experienced UPEs over the last decade, including a number of initiatives taken by the Air Force and Navy in particular in recent years. On Dec. 1, a 60-page report published by the National Commission on Military Aviation Safety analyzed the causes of UPEs as well as past efforts and data collection and reporting methods on past problems.

"From fiscal years 2013 through 2018, the Air Force experienced 718 physiological episodes," according to the report.

UPEs, are abnormal human physiological conditions that can cause pilots across different types of aircraft to experience blood flow, oxygen or fatigue-based symptoms connected to a range of possible conditions, such as "hypoxia (oxygen deficiency to the brain), hypocapnia (reduced carbon dioxide in the blood), hypercapnia (elevated carbon dioxide in the blood) or G-LOC (gravity-induced loss of consciousness)," according to the commission.

Andre Garcia, senior manager of the advanced research team within the Collins Aerospace military avionics division, told Avionics International during a recent interview that the research collaboration they're participating in tackles one of the key recommendations made by the commission that published the report. The commission emphasized among its recommendations for the Department of Defense's Joint Safety Council to address human "physiology concerns and analyze physiological effects throughout the aircraft testing phases for T-7, B-21, Future Vertical Lift, and other next-generation platforms early in the initial aircraft and cockpit design and with any materiel modification of the aircraft," in the report.

The report also recommends DoD aircraft acquisition leaders develop physiological standards for each new military airframe being considered for acquisition to use in screening and "to ensure that the pilot/operator is able to successfully perform at optimal levels across the spectrum of the weapons system’s capabilities," the report said.

"With real-time pilot monitoring in the cockpit it’s going to have to be a multi-variant approach," Garcia said.

Garcia, who holds a Ph.D. in Human Factors and Applied Cognition in addition to experience as an Army and Naval Sea human factors engineer, said the goal of their program is to develop a sensor suite that can measure a variety of physiological conditions. "All of the different possible sensors out there have extensive roots in the medical world. Things like brain blood flow measurement, saturation of blood, eye tracking behavior, and the lowest hanging fruit is the behavioral inputs. What you’re doing with the avionics suite on the aircraft, are you pushing buttons? Are you giving the stick and throttle inputs, if you’re not giving any inputs that’s a leading indicator to say something’s wrong with the pilot," he said. 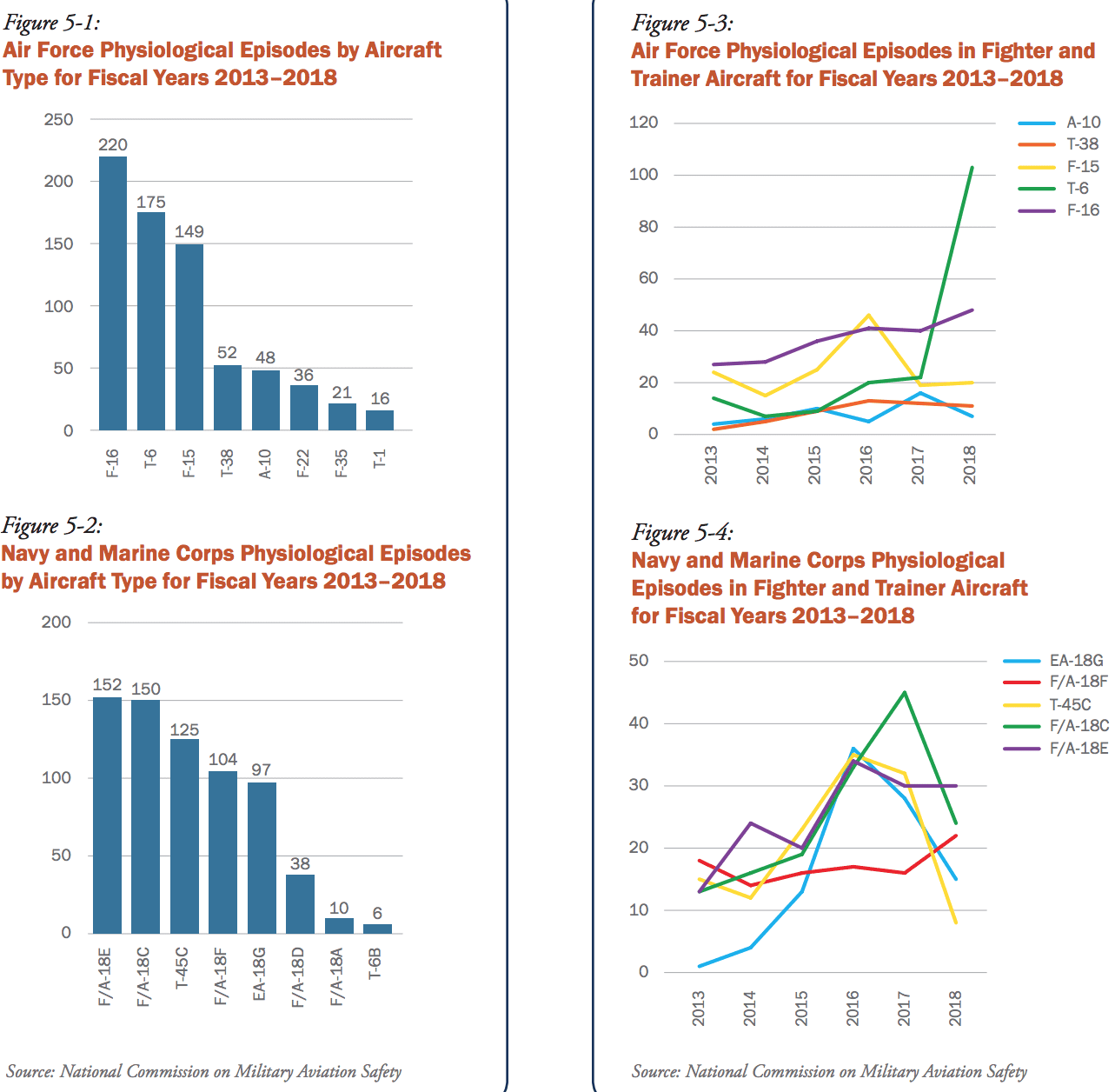 On June 19, Ball Aerospace was awarded a three year $12 million AFRL contract to develop a prototype integrated sensor suite capable of cockpit sensing that includes monitoring both the physiology and cockpit environments. Collins was one of the companies selected to participate in the research by Ball.

The F-35 is the latest fighter jet to enter service for DoD, and the report highlights how its first flight was operated in 2006, before UPEs began surfacing more frequently with the F-22, a program that was grounded for five months in 2011 by the U.S. Air Force because of an increasing number pilots reporting UPE incidents. Seven years later, in February 2018, the Air Force's training command grounded all T-6 trainers - a turboprop plane used for basic pilot training - due to an increase in the number of unexplained physiological episodes, according to the report.

"The Services began taking possession of F-35 variants in 2015. To date, a total of 49 physiological episodes have been reported across the three variants," the report said.

There have been a number of spikes in UPEs experienced by pilots of the F-15, F-16, F/A-18; the T-45, and T-38 trainers; the low-altitude A-10 attack jet and C-130 transports. "Different oxygen systems, different cockpits, different missions, different ages of airframes, all had aircrews experiencing varying degrees of physiological episodes," the report said.

Every organization and researcher and SME interviewed by the commission agreed that more attention is needed on incorporating design elements associated with next-generation human machine interfaces. It also references several research initiatives that are exploring biometric monitoring systems integrated into flight suits, helmets, and masks to collect physiological data without interfering with the pilot's operation of the aircraft.

Garcia said the primary way UPEs are assessed today occur through trial and error, where pilots report certain conditions, such as black outs or loss of situational awareness. Human factors experts then try to diagnose what lead to occurrence of that UPE in a reactive manner. Garcia said his team wants to be more proactive in that aspect, by gathering data collected from the cockpit sensor suite they’re developing, compiling it into a data lake and developing intelligent algorithms that could be used to inform aircraft systems on how to intervene when a pilot is experiencing a UPE.

"Because it’s so difficult to actually integrate something into an aircraft, get flight time, and assess what’s going on upstairs when someone is flying, this is the program specifically doing that. We're taking an empirical approach to truly start understanding what UPEs the pilot is actually experiencing not just an opinion through diagnosis, but in real time," Garcia said. "The pilot monitoring system will need to talk to the aircraft, gather data that could be leading to a UPE and potentially intervene if necessary. The purpose of this program isn’t necessarily to solve the problem and create the re-incarnation of a real time pilot monitoring system, it’s more of a first step in understanding the problem." 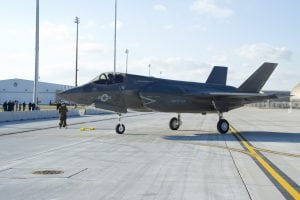