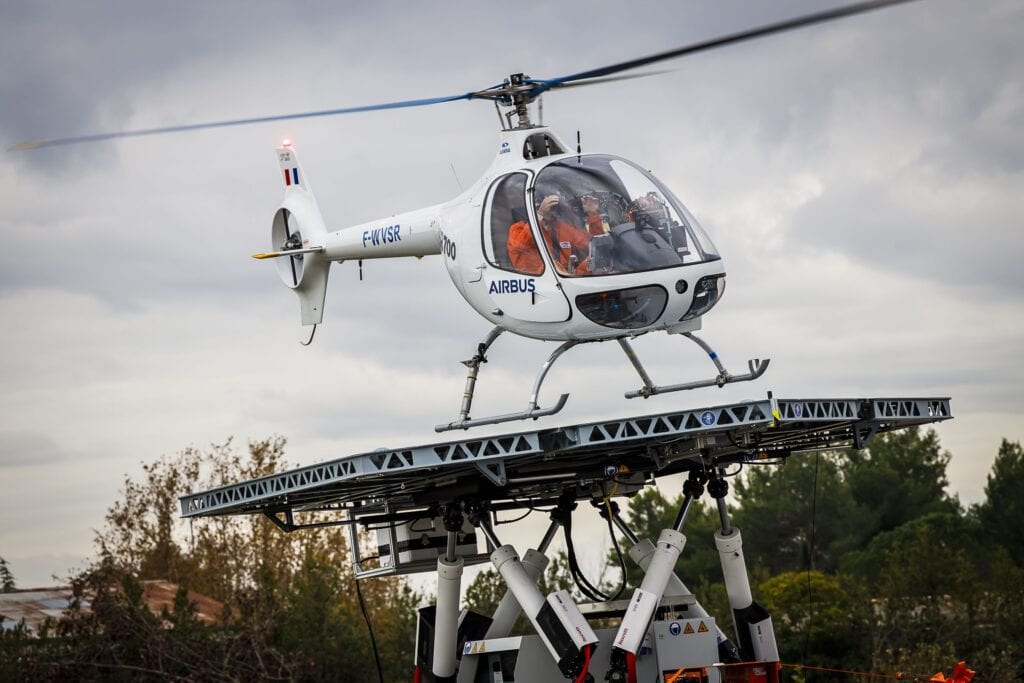 Global navies are closer to having a tactical unmanned aerial system (UAS) with autonomous takeoff and landing (ATOL) approaches after Airbus completed a test for its VSR700 program using its automatic flight control system (AFCS) to land the aircraft on a moving platform without pilot assistance. The AFCS will now complete sea trials with the Système de Drone Aérien pour la Marine (SDAM) for the French Navy.

The big achievement of this test flight was landing the UAS on the moving platform which simulated landing on a moving ship deck. This was achieved using Airbus’ DeckFinder system, which uses sensors to position the helicopter relative to the ship deck, high-performance sensors on the aircraft to monitor the ship position and attitudes, and a communication system, which transmitted data between the AFCS and ground control station, Laurence Petiard, head of communications at Airbus Helicopters, told Avionics International.

“A primary challenge for any naval drone is to approach ships in heavy seas as its landing pad moves toward or away from it, on rolling swells that reduce or lengthen the relative distance,” Nicolas Delmas, head of the VSR700 program, said in a press statement. “Flying in such conditions, the difference of a few centimeters can determine the fate of an entire mission.” 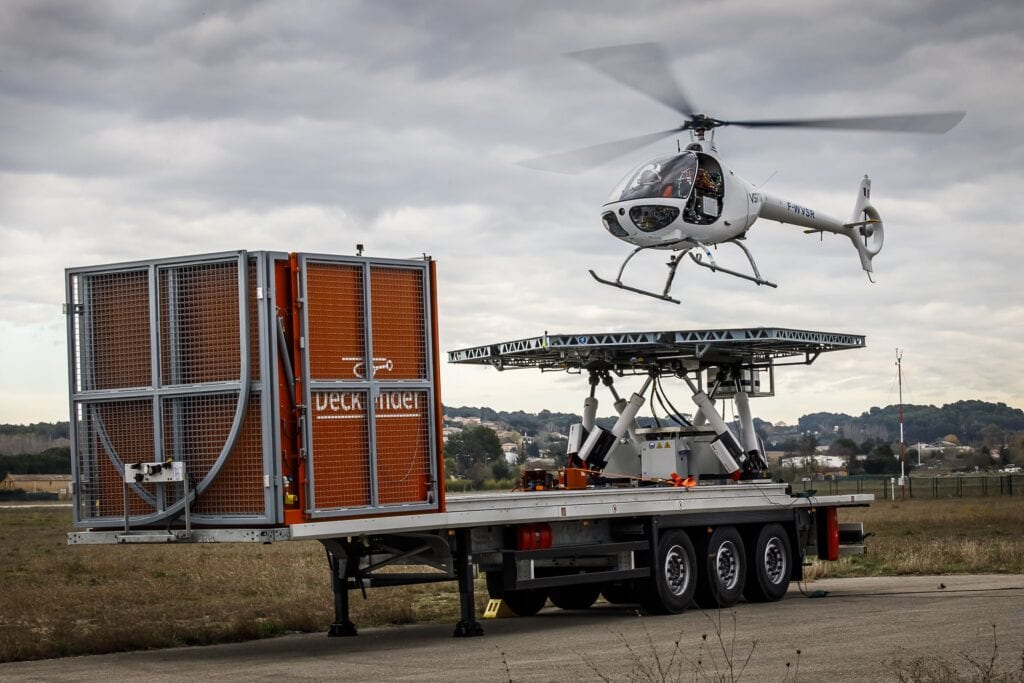 The aircraft landed on the DeckMotion Simulator, a moving pad mounted on a trailer, proved by Airbus Defense and Space. (Airbus)

“DeckFinder transmits the platform’s position in real-time to the OPV’s automatic pilot with a very high level of accuracy, which cannot be achieved with classical positioning equipment like a GPS. This accuracy is crucial to achieving the final phase of the approach and the landing on a moving reference like a ship deck to enable the landing,” says Delmas.

The VSR700 system flies completely autonomously with no human action, however, a ground operator can send “high level” commands to the drone that would modify the pre-defined navigation route or trigger the take-off and landing maneuvers, Petiard said. 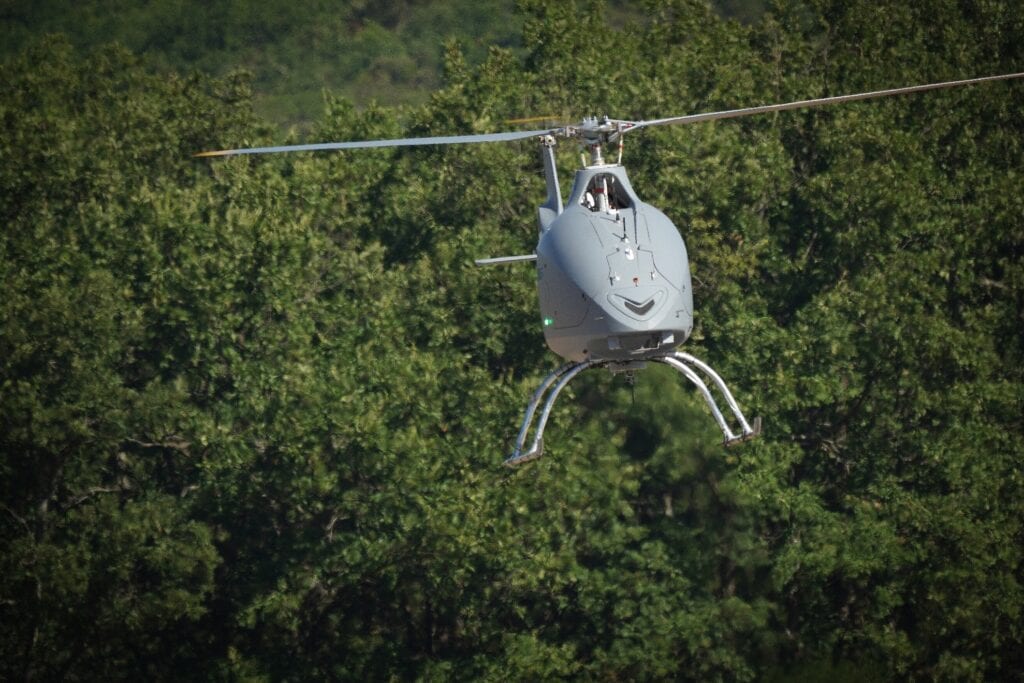 “The automatization has required deep analysis to enable a system to perform complex maneuvers which are normally achieved by a human being (piloting strategy),” Petiard said. “As a consequence, the existing helicopter system including the various navigation sensors, and the software architecture have been widely reworked to improve its performance while ensuring the maximum level of safety of the autonomous flight.”

The VSR700 is made for vertical takeoff and landing UAVs (VUAV) in the 500 to 1,000 kg class and will be stationed onboard frigates and destroyers with manned helicopters completing security missions, search and rescue, anti-submarine warfare, and intelligence surveillance target acquisition and reconnaissance (ISTAR), according to Airbus. It is designed to carry loads made up of high capability sensors.

“The objective of the SDAM is to complement and extend the operational capacities of the French Navy,” Petiard said. “...the SDAM will complement the operational asset of the manned helicopter on French Navy ships while allowing them to preserve the potential of manned helicopters by limiting their use to missions where the presence of human pilots is mandatory. Also, the benefit of the SDAM is to be able to replace manned helicopters for some dull, dangerous, or dirty missions, for which modern highly valuable and expensive platforms with their crews are not ideal.” 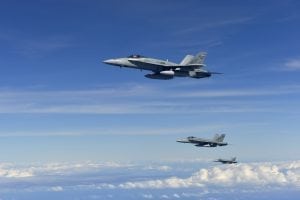