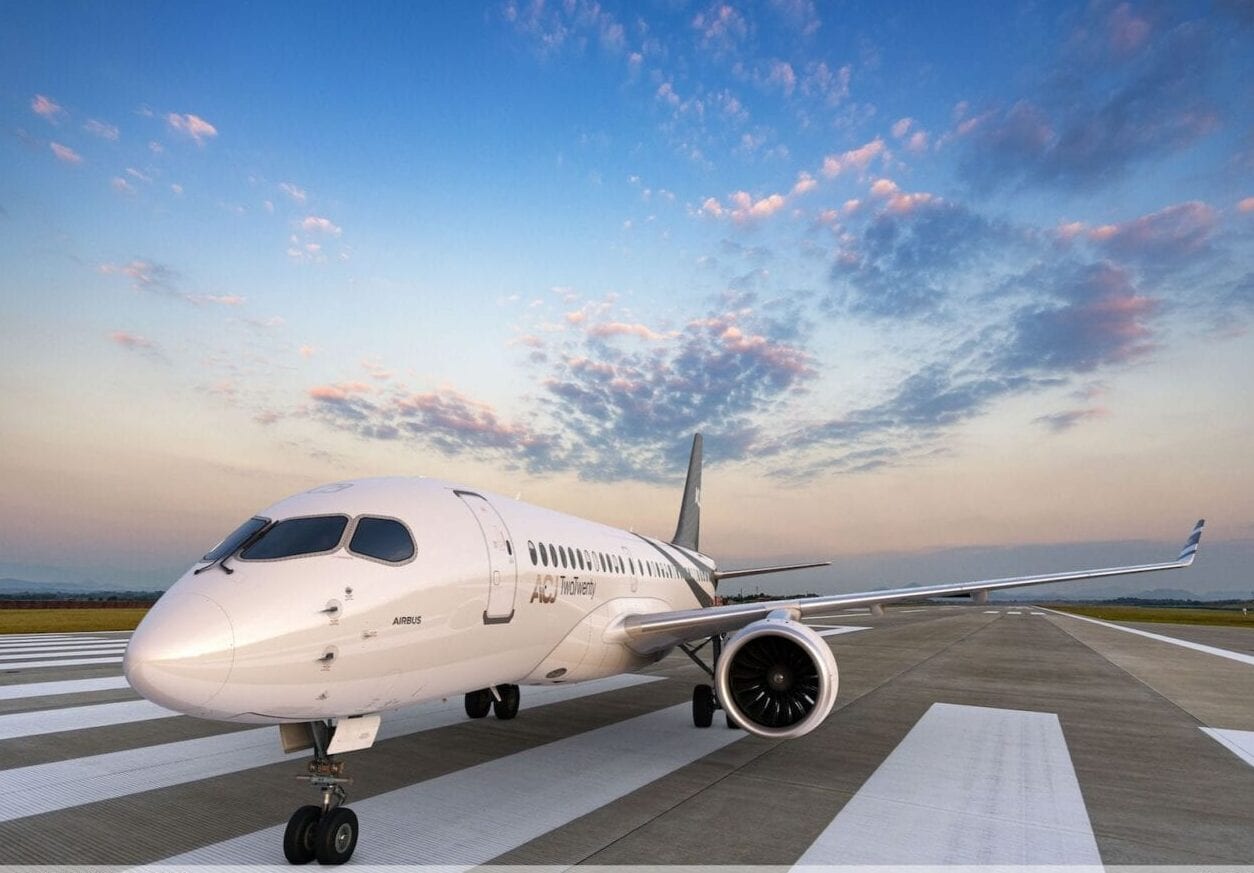 Airbus launched the corporate jet configuration of its A220-100 commercial airliner in October, pictured here, and saw mixed results across different aviation market segments through the first nine months of 2020. (Airbus Corporate Jets)

Airbus published its financial and operational results through the first nine months of 2020, showing mixed performance across various market segments status including their defense division’s increase in new orders, the launch of a new business jet, and adjustments to commercial aircraft production rates.

While COVID-19’s impact on the global decline in air traffic and subsequent airline layoffs and order cancellations has impacted Airbus their results showed much less impact on their commercial division comparative to Boeing’s recently reported third-quarter results that continue to be severely impacted by the continued grounding of the 737. At the end of September, the Airbus commercial aircraft order backlog stands at 7,441 and a total of 341 deliveries were completed compared to 4,300 and 98 total deliveries completed by Boeing’s commercial division during the first nine months of the year.

Airbus CEO Guillaume Faury said the second wave of the COVID-19 coronavirus that lead to newly enacted lockdowns by many of the largest countries in Europe including Germany and France is a new concern. Faury expects the single-aisle market to lead the recovery once restrictions are lifted and airlines can start addressing anticipated gradual increases in passenger demand with new orders.

"It's extremely diverse between a low-cost airline operating in one given regional market that is – that has remained open for domestic flights; or a national carrier who has no domestic market and has lost almost completely its market international flights for a long period of time,” Faury said. “They all have to deal with very different situations. And that's why we have said we've made a work a very comprehensive work airline-by-airline, plane-by-plane," Faury said in response to an analyst question.”

Segment performance for Airbus varies, including Airbus Helicopters, which reported "broadly stable revenues" and booked 143 net orders compared to 173 during the first nine months of 2019. Even as the pandemic continued to impact air travel between July and September, the division also received 68 new orders for helicopters, including six for the new European Aviation Safety Agency (EASA)-certified H160. 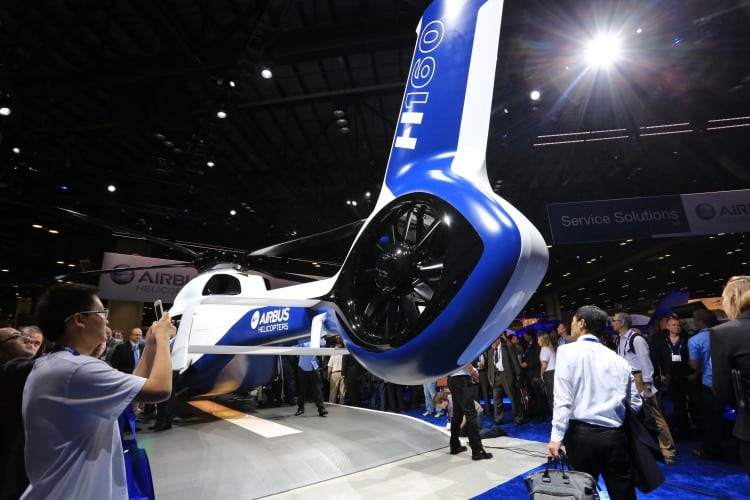 The helicopters division of Airbus did not see as much impact from COVID-19 on deliveries and new orders during the first nine months of 2020 recording "broadly stable revenues" and booking 68 new orders during the third quarter including for its newly EASA- certified H160, pictured here. (Airbus Helicopters)

Their Defense and Space division also increased its order intake by 35 percent compared to the first nine months of 2019 to €8.2 billion. The defense division achieved new contract wins for telecommunication satellites in the U.K. and the Middle East during the third quarter.

On Oct. 6, Airbus Corporate Jets launched the TwoTwenty business jet, calling it a "whole new market segment" or the "Xtra Large Bizjet," a private charter version of their A220-100 commercial airliner. TwoTwenty can fly up to 18 passengers with a range of up to 5,650 nm.

"Based on its compelling market appeal, we see promising demand for this aircraft in the growing business jet market," ACJ President Benoit Defforge said in an Oct. 6 press release.

Production rates for commercial aircraft have been adjusted to reflect what Airbus believes will be a ramping up of demand for single-aisle A320 family aircraft by the third quarter of 2021, although Faury remains cautious.

"Airlines remain in a difficult situation and their balance sheets are impacted by the crisis. We continue to expect that air traffic will reach its 2019 level again between 2023 and 2025," Faury said. "The single-aisle market will lead the recovery while wide-body will lag. Based on the agreements formed with our customers a second wave of COVID-19 pandemic may result in maintaining the current production levels for longer and could have an influence on the timing and pace of the future single-aisle ramp-up."