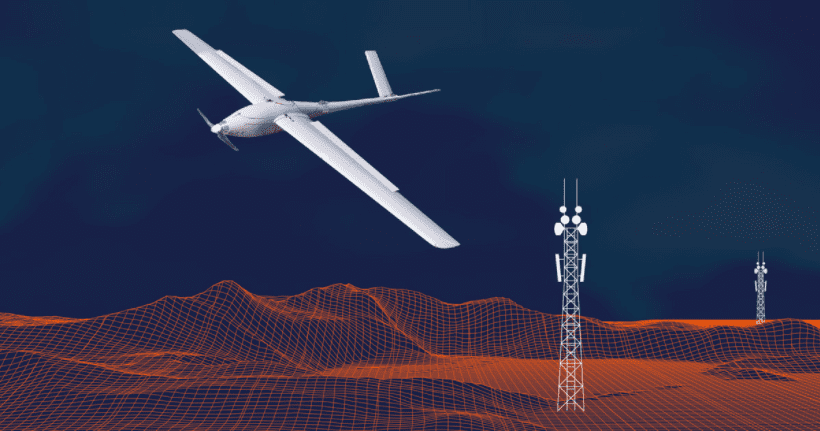 North Dakota will be home to Vantis, the first statewide unmanned aircraft systems (UAS) beyond visual line of sight (BVLOS) network, Nicholas Flom, executive director of the Northern Plains UAS Test Site (NPUASTS), announced Wednesday during the virtual UAS Summit & Expo. Vantis will become a single portal where with all the systems needed to manage UAS flight operations across the state uninterrupted.

The platform can be used for package delivery, utility inspections, search and rescue, agriculture, and medical deliveries.

Vantis is a $28 million investment from the state and will be first deployed in Williams and Mackenzie County in Western North Dakota. Vantis will complete a critical design review of its technologies to be deployed in these counties before the end of the year and will begin installing infrastructure in 2021, Flom said. By the spring of 2021, Vantis is expected to become operational.

“It's really going to set the foundation for where we go from here,” Flom said. “This is going to give us an opportunity to get some of the initial installs up and operating. This is also going to give us a chance to work with the Federal Aviation Administration (FAA) to make sure that we get the appropriate regulatory approvals put in place to enable these advanced operations. And then from there, we can start to expand.”

Flom compared Vantis to a statewide road that already has infrastructure and regulatory approvals. Using Vantis, companies would not have to build out their own networks to succeed.

All the remote infrastructure will be connected through the backhaul data network to make it scalable and then send the data to the mission and network operating center for maintenance monitoring and system testing. The UAS can then connect directly into Vantis.

The initial deployment location was picked intentionally not only because of the NPUASTS but because of the opportunity presented by North Dakota’s population density.

“We don't have a last-mile problem in North Dakota, we have a last hundred-mile problem getting packages to our rural communities,” Flom said. “So, we know that package delivery and retail delivery will be able to really be spread out through our large rural population.”

Vantis will allow for UAS package delivery, utility inspection, search and rescue, medical delivery, and agriculture use. Flom said Vantis is being floated for use in a highway project from the North Dakota Department of Transportation and stretching the resources of first responders.

“One of the things that we're really starting to find out is although that the communities, I mentioned that you know what it means to be a frontier county where you have very low population density, but that does not necessarily take away from the amount of land that has to be covered by first responders or a law enforcement agency. So how can we stretch their resources even further,” Flom said.

Vantis is partnering with Collins Aerospace, Thales USA, and L3 Harris for this project.

“We’re looking at them as a conduit of industry,” Flom said. “So that when we're looking to deploy a particular technology, we don't have to individually go out to all the industry and put out a formal RFP to each one of them, but instead we can reach out to our system integrators and then they can pull from their internal teams.”

“This is going to bring in companies to North Dakota,” James Cieplak, program manager of Vantis, said. “This is a high-tech emerging industry. National companies who make aviation system will be coming here to test, validate, implement their systems.”

Vantis will be working with the FAA to make sure the network meets industry standards and is scalable beyond North Dakota.

“This is where we want to go in the state of North Dakota,” Cieplak said. “This is where the FAA wants to go to and we're doing that in partnership.”

North Dakota Governor Doug Burgum made remarks during the program about the state’s investment and the potential impact on the economy.

“Vantis represents a major advance in developing public-private technology partnerships in North Dakota,” Burgum said. “Thanks to the leadership for the Northern Plains UAS Test Site, industry experts from L3 Harris technologies, Thales USA, and Collins Aerospace, they'll help enable real-world scalable commercial and public UAS operations across the state. Progress in the UAS industry will benefit all North Dakotans, including those who work in energy and agriculture, as we create a foundation for innovative technologies, as well as diversifying our economy.” 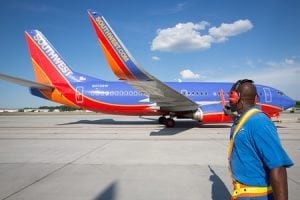 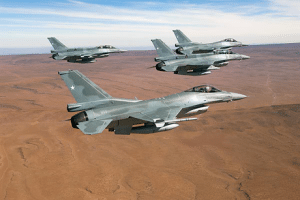 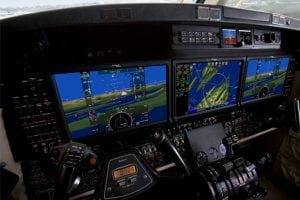