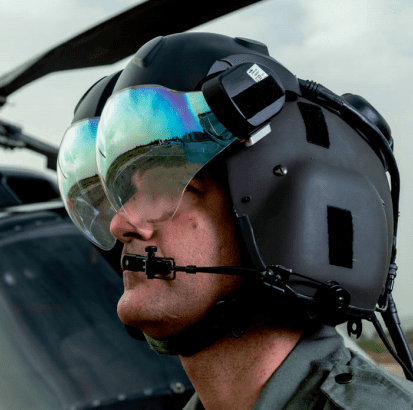 The X-Sight, created by Elbit Systems, was created to be used in the Future Vertical Lift program. (Elbit Systems)

Elbit Systems is reimagining in-flight helmet-mounted display (HMD) technology with its X-Sight, which uses an augmented reality system and multispectral sensors that will allow pilots to fly faster at lower altitudes with a greater field of view. The X-Sight was developed to be used in the Future Vertical Lift (FVL) program.

During an Association of the United States Army (AUSA) webinar hosted by Elbit Systems, Mark Stiner, senior director at Elbit America, said the X-Sight will allow pilots to reimagine their entire cockpit.

“You can really reimagine your entire cockpit and your instrument panel can be focused much less on relaying information to the pilot about the aircraft systems,” Stiner said. “Torque, TGT, all of these types of information that are aircraft status monitoring can be presented in real-time to the pilot the head-up display. When the pilot does want to come inside the cockpit, there can be a much more interactive system using large-area displays to enhance targeting, maneuvering, and mission planning, all while in flight.”

The X-Sight sensors allow pilots to digest and take in more flight information. Elbit Systems is able to fuse sensor data with flight data to create an overlay with 3D conformal symbology and synthetic vision symbology (SVS). X-Sight can also be used with the helicopter's sensors to create a “transparent cockpit,” which would allow pilots to have 360-degree views.

It also uses augmented reality with the sensor data and the high-resolution capabilities of the X-Sight to allow pilots to fly with more natural vision through obstacles, terrain, and adverse weather conditions. The X-Sight gives pilots a 1920x1200-pixel resolution display and uses binocular color display.

“We believe that [higher resolution display] coupled with the augmented reality to use all of the sensors multispectral sensors to highlight any sorts of hazard to flight will enable the ATM [air traffic management] tasks to be rewritten on Future Vertical Lift platforms to allow them to fly significantly faster at lower altitudes to make them more survivable,” Stiner said.

Steiner said the integrated digital night vision is a key design feature on the X-Sight because it has the same capabilities as the newest white phosphor goggles and an integrated battery backup.

“In the case of a total aircraft electrical failure at night, the pilot retains full symbology and weapons capability for sensor and night vision operations,” Steiner said.

Pilots will not need a special helmet to use the X-Sight with no special modification because it is compatible with the standard HGU 56P helmet and has an optical inertial tracker built into the visor. The X-Sight visor is an aircraft system that the pilots can attach to their standard helmets when they get into the aircraft. The tracker is built into the visor, which also eliminates the need for pre-flight or run up preparation, saving pilots time, according to Stiner.

Elibit Systems HMDs are used on the Apache and the F-35. The new X-Sight design could provide the Army with a common HMD for the Future Attack Reconnaissance Aircraft (FARA) and Future Long-Range Assault Aircraft (FLRAA), according to Stiner. 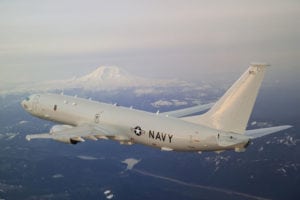