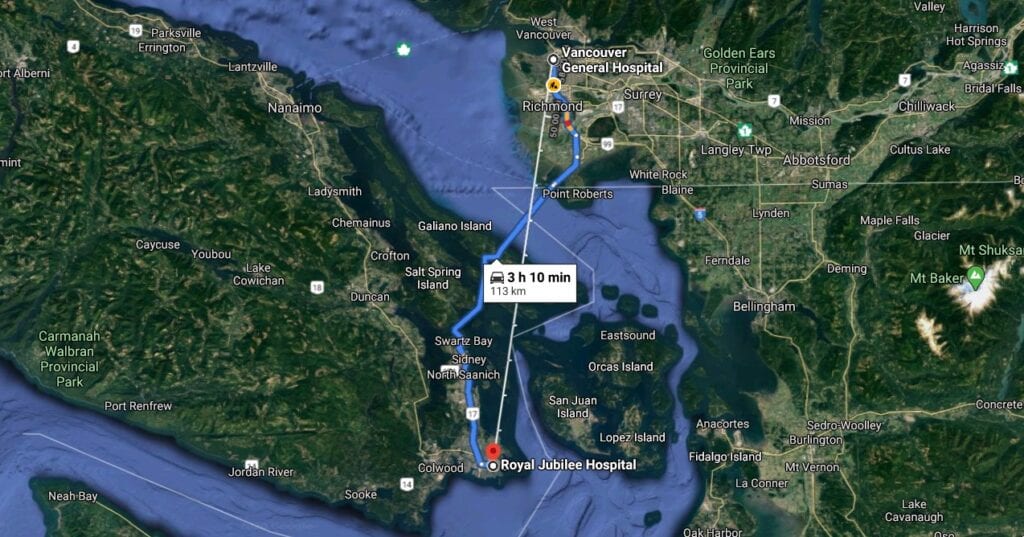 Electric air taxi developers are looking for early use cases to bolster public acceptance ahead of urban applications, such as moving a cancer isotope from downtown Vancouver, British Columbia to a hospital in Victoria. (Google Maps)

With the vision of urban air taxis many years away from fruition, advocates for electric vertical takeoff and landing (eVTOL) aircraft are looking for early use cases to build public acceptance, deliver early returns to investors and continue accreting data.

Uber, through its Elevate ecosystem and vehicle partners, hopes to solve the myriad challenges that are posed by urban use of eVTOLs —airspace integration, infrastructure and grid draw, and many others — but deliberately chose perhaps the most difficult use case because the company believes it has the greatest market potential.

Driven by the promise of an annual market estimated by analysts to be in the hundreds of billions by mid-century, companies like Joby Aviation, Lilium, Volocopter and Beta Technologies are working toward certification of all-electric air taxis, but aside from Beta’s partnership with United Therapeutics on organ delivery, these companies are still pitching the use case for their aircraft.

“This is an industry that has developed from a technology push from industry, not out of an expressed demand,” Yolanka Wulff, co-executive director of the Community Air Mobility Initiative, said during a webinar hosted by the National Business Aviation Association. “We have the technology, that’s moving forward … [and it] has a lot of potential, but it requires a lot of infrastructure and integration at the local level with existing transportation systems.”

That urban application will require coordination and collaboration with utilities, airports, real estate developers and urban planners — many of which have a planning and funding horizon ten to twenty years out, according to Wulff.

With the public acceptance challenge front-of-mind, Wulff believes emergency response, rural connectivity and cargo delivery are ideal early use cases for eVTOLs to lay the groundwork for those later opportunities.

“What I like about the first responder application for urban air mobility is that it actually, in a lot of cases, does not require the complex infrastructure that a public transportation system would require,” Wulff said. “It also has a clear public benefit … everybody understands when a medevac helicopter flies overhead that there is a public benefit.”

Jump Aero, founded by former Terrafugia leader Carl Dietrich, plans to bring a first responder-specific eVTOL to market, alongside other unmanned systems for medical purposes. The company’s main project, according to head of business development Katerina Barilov, will be a single-seat aircraft capable of flying a medical response professional to the scene of an accident to deliver aid — not to transport the patient to a healthcare facility.

By cutting down the response time offered by helicopters — which require five minutes to spin up prior to takeoff, versus 30 seconds for an eVTOL, according to Barilov — Jump Aero’s aircraft could add a life-saving tool to emergency responders’ options, similar to defibrillator-carrying drones a number of companies have proposed.

Carl Dietrich, co-founder of Jump Aero, told Avionics in an email that he expects particular interest in the aircraft from "communities with a high property tax basis that have a high number of retirees" and that the potential market is "more than big enough to justify the development costs and time while providing an attractive return." Jump Aero is not disclosing any other details regarding expected, range, cost, or timeline at this time.

“We have a great opportunity ahead of us in terms of how we introduce this new family of products to the public, and what first impressions and associations are formed … and it does come down to a question of matching use cases with the capabilities of the industry, for instance the manufacturing volume, range and acoustic profile of the first aircraft that are certified,” said Peter Shannon, partner at Radius Ventures and an investor in eVTOL-enabling technologies. “The first responder application is one example where those things align.”

Even for EMS operations, however, there will be challenges to the integration of eVTOLs. Beyond electric charging infrastructure and vehicle certification, the airspace is not designed to support short-distance, low-altitude instrument flight rules (IFR) trips with destinations anywhere an accident takes place, rather than known landing infrastructure.

In the Canadian province of British Columbia, a life cycle analysis is being conducted of very specific medical application for eVTOLs: transporting a sensitive, degrading cancer isotope from downtown Vancouver across the water to Victoria’s Royal Jubilee Hospital.

Canadian Air Mobility, a consortium funded in part by Canada’s National Research Council to lay the foundation for eVTOL and delivery drone services in the country, is comparing three scenarios to understand the potential environmental, societal and economic benefits offered by these new aircraft.

The results of this analysis, compiled by advisory firms including Nexa Capital Partners, Brightspot Climate and HMMH, are slated to be published in September or October of this year. 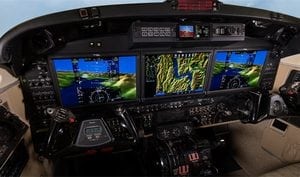 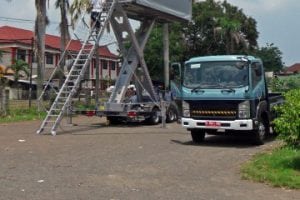