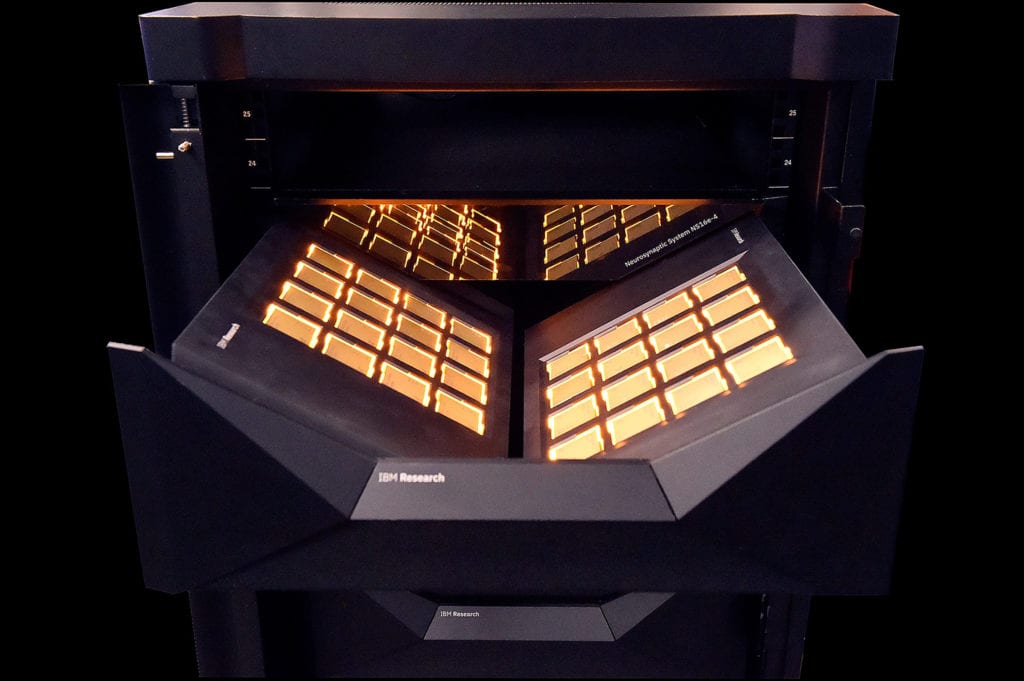 The United States Air Force Research Lab (AFRL) in Rome, N.Y. is working to develop neuromorphic computing for possible fielding on a drone in the next five years.

AFRL is looking to use artificial intelligence (AI) and machine learning (ML) to boost processing power and give military operators analytical results, not raw data, in order to speed wartime decision making.

"Current technology and humans cannot keep up with the deluge of data from high resolution sensors on air platforms and the data is too large to send on slow communications," Albert Frantz, senior computer engineer in the high performance computing branch of AFRL's Information Directorate, wrote in an email to Avionics International.  "If we can process the data on the air platform using AI/ML then we can communicate just what was found and not the raw data."

In the 1980s, Carver Mead, a professor of engineering and applied science at the California Institute of Technology, introduced the neuromorphic computing concept. In 1986, Mead was one of two co-founders of Synaptics Inc., a company established to develop analog circuits based in neural networking theories for speech and vision recognition technologies. In 1990, he published his first work on neuromorphic electronic systems in Proceedings of the Institute of Electrical and Electronics Engineers (IEEE).

"Today, challenges exist in the mobile and autonomous realms due to the limiting factors of size, weight, and power, of computing devices – commonly referred to as SWaP," according to AFRL. "The experimental Blue Raven, with its end-to-end IBM TrueNorth ecosystem will aim to improve on the state-of-the-art by delivering the equivalent of 64 million neurons and 16 billion synapses of processing power while only consuming 40 watts – equivalent to a household light bulb."

For the same SWaP, AFRL is "hoping to increase the processing by four orders of magnitude (10,000) times faster processing than we currently have," according to Frantz.

Last year, AFRL awarded IBM $74 million of a possible $99 million for the project under a Broad Agency Announcement (BAA) for Robust and Efficient Computing Architectures, Algorithms, and Applications for Embedded Deep Learning. AFRL issued the BAA last year and updated it on Apr. 23.

Engineers and computer scientists at AFRL are to use Blue Raven to execute AI and ML algorithms.

The AFRL research and development under the BAA is "of a prototype nature and fielding is likely 4-5 years away and potentially could go on any platform, likely unmanned first," Frantz wrote in his email to Avionics.

In addition to AFRL, the Defense Research Projects Agency (DARPA) has been researching neuromorphic computing since 2008 when the agency began the Systems of Neuromorphic Adaptive Plastic Scalable Electronics (SyNAPSE) program.