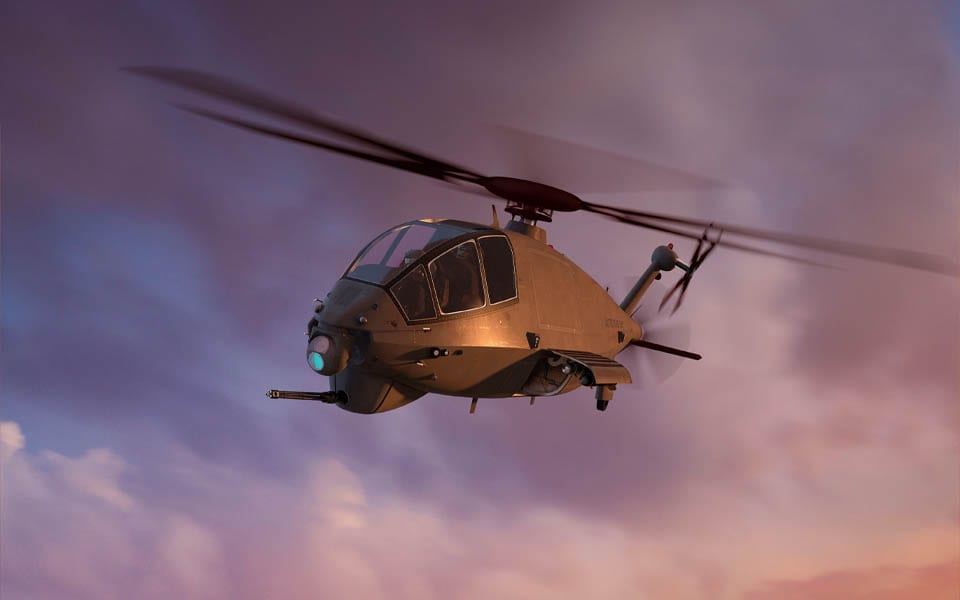 This month the Army is slated to narrow the field from five competitors – Boeing, Sikorsky, Bell, Karem Aircraft, and AVX/L3Harris – to two. Those two are to participate in a fly-off, likely in 2022 or 2023, and the Army hopes to field the first FARA aircraft in 2028.

Boeing "has a long successful history of developing, integrating and fielding avionics solutions across the spectrum of aircraft types and missions," Openshaw wrote in a March 5 email to Avionics International when asked what avionics lessons learned from the RAH-66 Comanche program Boeing applied to its FARA design. "Our approach continually evolves and is refined to meet current demands like those of the FARA program. The Boeing FARA avionics approach is focused on full implementation of the Army’s MOSA strategy."

MOSA arose out of the open systems architecture for the Lockheed Martin UH-60V Black Hawk helicopter and is to be adopted across all platforms, which will have common electrical, signal and mechanical interfaces that are to facilitate systems integration.

Last October, Army Maj. Gen. Thomas Todd, the Army program executive officer (PEO) for aviation, said that the Army is looking to industry to support the rapid increase in on-board systems requirements, including Aircraft Survivability Equipment and communications. In January, Patrick Mason, who had been Todd's deputy, became the new PEO for aviation.

While the Army has relied heavily on the Improved Data Modem, FARA and other Future Vertical Lift programs will require more processing power, more storage capacity and a better transport layer on aircraft, and Todd said that such needs will require an Aviation Mission Common Server [AMCS].

While the shape of the Boeing FARA design released on March 3, like the competing Bell 360 Invictus, may resemble Comanche, Openshaw said that the RAH-66 did not have a hand in the shape of Boeing's FARA blueprint.

"Boeing FARA is not based on Comanche designs," Openshaw wrote in his email. "The shape of the aircraft and the configuration of the rotors are the result of thorough analysis of current Army requirements and comprehensive design trades to optimize for the FARA specific mission."

Unlike the Bell 360 Invictus, the Boeing FARA lacks a fenestron and a wing.

"Our goal is to drive complexity out the Boeing FARA design," Openshaw wrote in his email to Avionics. "The wing adds to complexity, vehicle weight, drag and cost. The more you add to the aircraft, the more complex it becomes which leads to additional maintenance and cost. We validated our wingless design through company-funded powered wind tunnel testing, with compounding aircraft, where we learned that the complex drag interactions between the wing and rotor were much higher than anticipated and the lift produced by the wing was offset by the weight of the wing itself, thus negating much of its benefit. These conclusive facts and data informed our design."

Up until March 3, unlike the other companies competing for FARA, Boeing had been mum on its FARA design, as company officials said that they did not want to give any advantage to rival firms.