Officials from the Pentagon and White House emphasized their support and interest in the ongoing development of revolutionary electric vertical takeoff and landing (eVTOL) aircraft at the Transformative Vertical Flight conference last week. The new class of aircraft, which combine elements of helicopters and airplanes and use either hybrid or fully electric propulsion, are being developed by dozens of companies for use as commercial air taxis in traffic-congested cities.

The military continues to express high-level interest in these aircraft, often referred to as ‘eVTOLs,’ eyeing the billions of dollars in commercial R&D spending as something to leverage for the national defense. The White House circulated a budget priorities memo in August 2019, directing departments to support the development of eVTOLs and autonomous aircraft systems.

“As we look into the future and see the potential of the discretionary budget that allows us to advance our military capabilities, that’s not likely to increase under the current fiscal environment,” said Lt. Col. Nathan Diller, assistant director of aeronautics at the White House’s Office of Science and Technology Policy. “And so what are the things that we can do potentially to leverage what the commercial industry is doing in a way that helps us with logistics?”

Diller, who also has a role at the Pentagon’s Strategic Capabilities Office, described the military’s interest in eVTOLs as “to potentially transform the way we do our national defense in a way that, one, reduces cost to the taxpayer, and two, creates more agility and better survivability for our soldiers, sailors and airmen.”

“[The use cases] are really to reduce risk to the manned footprint on the ground, it’s very important to use to reduce the logistics stockpile, provide flexibility of manpower, to provide simple, cheap, cost effective and redundant options and limited manpower to operate,” said Diller.

Much of the hype around eVTOLs has focused on the push by Uber and others to create a commercial air taxi system — something which will require years in the FAA’s certification process to reach fruition — but startups including Elroy Air and Sabrewing are focused on autonomous VTOL aircraft for cargo transport.

Sabrewing’s Rhaegal, a semi-autonomous hybrid-electric VTOL aircraft under development, aims to carry 1,000 lbs over 1,000 miles. CEO Ed de Reyes told Avionics International that the full-scale aircraft will fly for the first time in the coming months, but certification discussions with the FAA began in 2018 and the company has already booked $51 million in orders.

The Rhaegal will cost about the “price of a Cessna SkyCourier,” de Reyes said — referring to Textron's twin utility turboprop with a $5.5 million list price — but require no ground infrastructure and no pilot. Sabrewing also plans a larger ‘Wyvern’ airplane with a load capacity up to 4,400 lbs.

And the military is very, very interested. This month, the U.S. Navy is hosting a fly-off competition in Yuma, Arizona to find a UAV resupply vehicle capable of carrying up to 60 lbs, a competition called Unmanned Logistics Support – Air (ULS-A). That challenge is the smallest of a three-part joint service push to develop cargo UAVs to resupply troops, with the largest category searching for an aircraft like the Wyvern — capable of carrying “ideally 3-4,000 lbs,” according to Carmine Borrelli, USMC director of unmanned aerial and ground logistics systems.

“That’s about within the range that we see in the Uber market,” Borrelli told the emerging eVTOL industry at the conference hosted by the Vertical Flight Society. “We’re focused on cargo, but certainly linking to the Air Force which could potentially go for passengers.”

“We really started this off with $40,000 and just trying to fly platforms to get leadership to understand,” Borrelli said of the ULS-A effort. “The biggest problem we have now — it’s not really about buy-in. They want the systems very quickly now. They know what [these aircraft] can do. We’ve researched the requirements to the point where we understand what our Marines and our soldiers want, and now we’re to the point where we just need to really get the systems out there where they can experiment [and then] to begin fielding.”

According to de Reyes, the Pentagon has expressed an interest in procuring 4,000 unmanned VTOL aircraft similar to what Sabrewing is developing between now and 2030.

Brig. Gen. Walter Rugen, director of the U.S. Army's cross-functional team for Future Vertical Lift, mentioned procurement opportunities related to advancements in eVTOL technologies, honing in on what capabilities have yet to reach Army-level requirements.

"My challenge to folks – because the Army needs tremendous specific power as we come into a target, and maybe not just a very smooth flight in, many of our maneuvers are of a military nature so we have to be very agile," Rugen said. "I haven’t seen the batteries give us that specific power … we really need that solved. We’ve kind of gone down the hybrid engine track that could give us that specific power on the target. We’re very interested in how quiet the eVTOL is over the target, we think that is tremendous, and that is being baked into a lot of our requirements documents.”

“I just haven’t seen the payloads and specific power happen yet, but we’re certainly watching it grow," Rugen added. "We see a lot of spinoff potential if eVTOL really takes off, although it's not a firm fit yet ... [but] we feel the civilian side has got way more scale. So we’re kind of waiting for you guys to develop it and then we’re going to come in and pick up what we want out of it. We have less than 3,800 helicopters total in the force. So your scale is going to be able to give us an opportunity.” 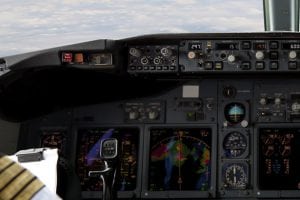 Commercial Avionics Market to Grow to $22 Billion in 2020 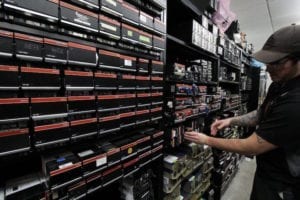