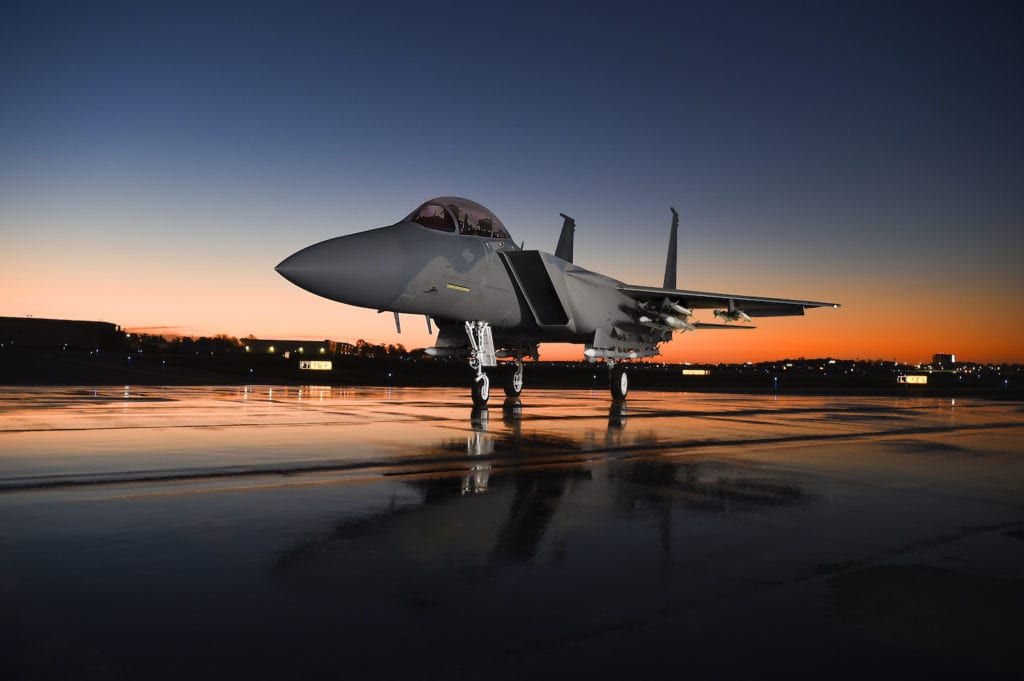 In-service military aircraft, such as Boeing's F-15 pictured here, are subject to an IFF mandate in June 2020 that Raytheon is developing a solution for. Photo: Rich Rau/Boeing

Raytheon said recently that it is preparing military aircraft to meet a new Identification Friend or Foe (IFF) mandate by next June.

Mode 5 IFF is an enhancement to legacy Mode 4 IFF, which uses Morse code-like signals and which has been in use since the mid-1950s for military identification. The National Security Agency, Joint Chiefs of Staff, and NATO require Mode 5 to replace Mode 4 by June 30 next year.

Mode 5 is to upgrade signaling waveforms and allow pilots to interrogate friendly aircraft's IFF systems at longer ranges using a secure, encrypted code. Rather than changing the code once a day as in Mode 4, Mode 5 relies on modulation techniques to change the code every few seconds to frustrate adversaries.

One key Raytheon technology in the IFF area is the AN/APX-114 IFF interrogator, which the U.S. Air Force picked as part of the service's Boeing F-15 modernization program and which a number of nations use for their Lockheed Martin P-3 maritime aircraft.

The company said that the APX-114 offers Mode 5 compatibility when used with the KIV-77 Mode 4/5 Crypto Applique.

“Mode 4, the existing system, has difficulty identifying friendly aircraft from long-range distances, especially when they are flying in close formation," he said. "By the time the aircraft was determined unfriendly, they could be right on our guys.”

If an F-15 interrogates another aircraft with a Mode 5 transponder, "a green light will shine for the pilot [on the interrogated aircraft] to see," Whiston said, and the pilot can then send an encrypted message back to the F-15 pilot identifying itself as friendly.

Raytheon said that it has installed and maintained IFF transponders and interrogators on more than 120 types of aircraft, ships and land vehicles around the world.

Mode 5 IFF may fill a hole in the military's relatively slow adoption of Automatic Dependence Surveillance-Broadcast (ADS-B) by the Federal Aviation Administration target date of Jan. 1 next year.

Last month, the Air Force provided a breakdown of the 2,936 military aircraft, about 21 percent of the inventory, that are to have ADS-B Out by Jan. 1. By that date, no fighter or bomber aircraft or UAVs will have ADS-B, but 1,129 helicopters, 923 mobility aircraft, 259 C2/ISR aircraft, and 625 trainers will, the Air Force said.

A Memorandum of Agreement signed by Acting FAA Administrator Dan Elwell and then Air Force Secretary Heather Wilson on July 26 last year noted that "the cost, budget, and depot schedule constraints make it prohibitive for DoD to equip all DoD aircraft [with ADS-B] by the compliance date."

"Notwithstanding these potential constraints, DoD will seek to align ADS-B Out equipage with other program updates (e.g. Identification Friend or Foe—Mode 5 and Military Code [M-Code] receivers) in order to reduce overall costs," the MoA said.

Uzbekistan Airways to Use Teledyne Equipment 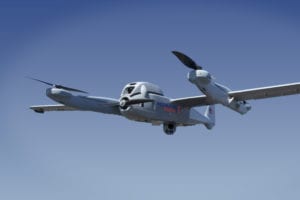