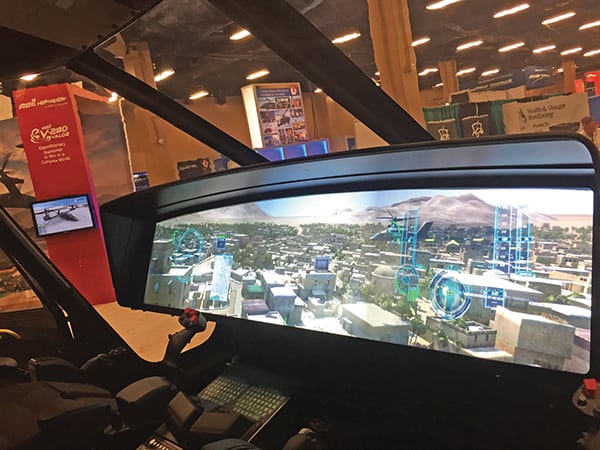 Bell’s V-280 single touchscreen instrument panel on the V-280 is one of the technologies competing for the U.S. Army's Future Vertical Lift program.

"By combining the strengths of our legacy companies, Collins Aerospace has the scale, strength and technical resources to redefine rotorcraft," Dave Schreck, the company's vice president and general manager for military avionics and helicopters, wrote in a Sept. 16 email.

Schreck wrote that Collins Aerospace is "developing technology for the current [military helicopter] fleet and maturing technologies to meet FVL requirements, is "working with the Army to enhance existing technologies along with developing new technologies and designs for certifiable flight control and avionics processing," and is "actively engaged with [Army] PM [program manager] Cargo, PM Apache and Utility Directorate on an initiative to significantly reduce aircraft weight."

Collins Aerospace said that its Assured Multicore processor is the company's baseline offering for FVL.

"Assured Multicore is the first and only multicore processor in the final stages of FAA certification," Schreck wrote in his email. "It includes both safety and mission-critical functionality in a single consolidated LRU [Line Replaceable Unit] to provide greater flexibility and potential for lower SWaP (or more horsepower). It can reduce and combine LRUs that require multiple operating systems with mixed DAL (Design Assurance Levels)."

Assured Multicore also "may be added as a technology insertion on legacy platforms or delivered as part of new lower SWaP hardware; provides, isolated processing resources for third party applications that each support individual OS and availability requirements; and reduces certification risks due to product line processing components shared with commercial industry," according to Schreck.

"The U.S. DoD is frustrated by extensive full-system regression testing for new 'mission' capabilities and desires the ability to easily field the new capabilities that cross multiple platforms," Schreck wrote in his email. "To answer this problem they are looking to leverage industry capabilities and drive innovation and adapt to evolving threats rapidly and affordably. Collins is developing a resilient Digital Backbone infrastructure featuring a powerful combination of open industry standards and a unique approach using easily upgradable Smart Points of Presence providing power distribution and data  connectivity, along with robust upgradable cyber protection for seamless separation of air vehicle and mission systems in a highly flexible design that is future proof, scalable and secure."

"Implementation of an open systems architecture for FVL utilizing a Collins digital backbone will address the government's need for future affordable rapid mission systems modernization, all while keeping costs down," Schreck wrote.

One such effort is to address a possible Air Force program to upgrade the avionics on the Boeing B-52H bomber. While Jasper noted the opportunity that such upgrades present at the media dinner, Collins Aerospace declined to discuss them further. 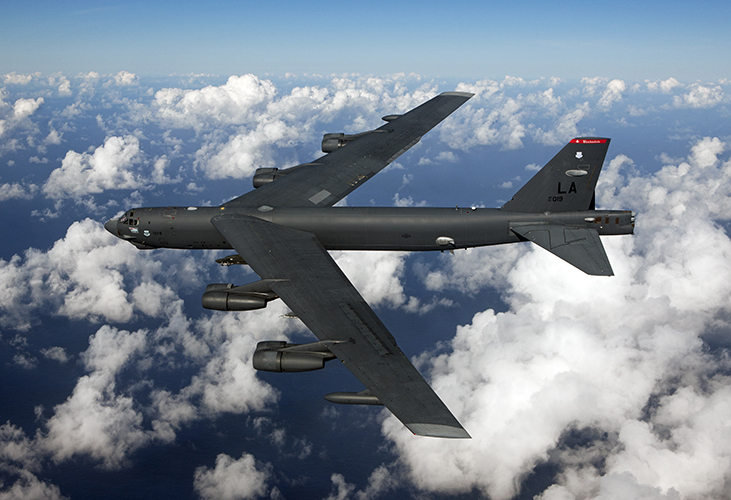 The Boeing B-52 Stratofortress bomber is one of several in-service aircraft programs Collins is looking to supply upgrades for. Photo: Boeing

The Boeing Combat Network Communications Technology (CONECT) program, which began in 2014,  is replacing cockpit displays and communications with upgraded ones, including a moving map display in the cockpit and new displays at all crew stations; adding Link 16, and enabling machine-to-machine beyond-line-of-sight tasking/retargeting.

On other avionics work, Jasper said that Collins Aerospace retrofits more C-130s than any company in the world.

"We were selected by L3Harris to provide our Flight2 avionics for the C-130 AMP [avionics modernization] program so that work will be ongoing," Schreck wrote in his email. "We also have our ACLADS [Advanced Cargo Loading and Delivery System] offering for the C-130." 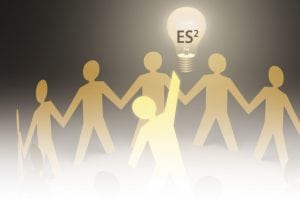