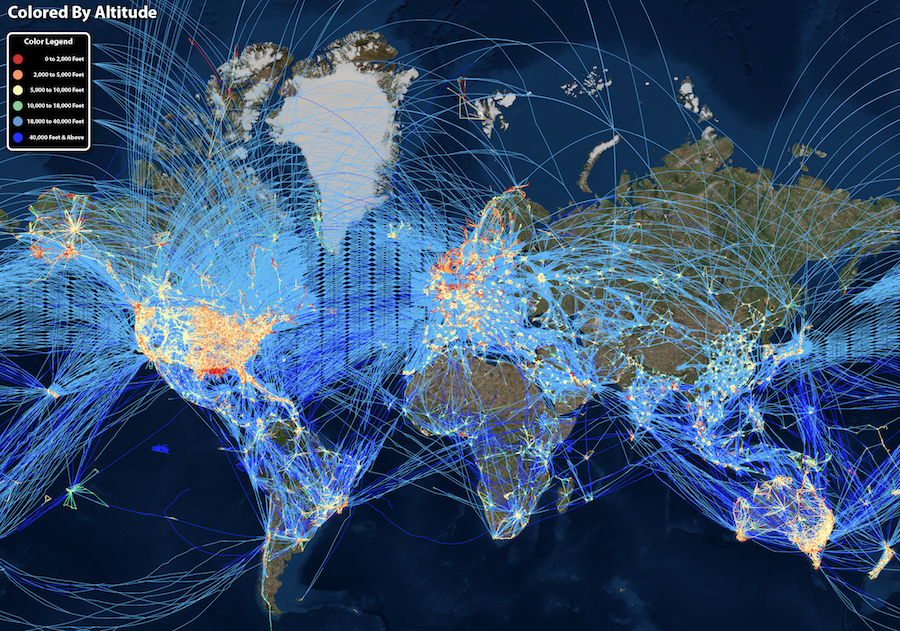 A depiction of space-based ADS-B air traffic data captured globally over the course of four days by Aireon. Photo: Aireon

The European Aviation Safety Agency has certified Aireon as a new air navigation service provider (ANSP) for its space-based ADS-B surveillance, the first of its kind certification ever issued by the civil aviation regulator.

Under the certification, Aireon is approved to provide space-based aircraft surveillance to any of the remaining European ANSPs that are not yet using its service. Currently, Aireon is providing ADS-B surveillance for ANSPs serving Denmark, Ireland, Italy and the U.K flight information regions.

Sinéad McCloskey, director of safety at Aireon, told Avionics International he expects some European ANSPs to explore the ability to change their existing strategy related to aircraft surveillance and possibly move away from contemporary radar replacement and maintenance programs.

“It is anticipated that the granting of this certification will encourage other ANSPs to become customers and also benefit from the service. The ability to surveil areas where previously no surveillance was possible, or inadequate, presents opportunities to enhance safety, shorten and expedite aircraft routings, which thus offering environmental benefits and fuel saving costs to the airlines,” McCloskey said.

Achieving the certification required a series of audits addressing Aireon’s ability to comply with EASA’s air traffic management and surveillance standards, which are defined in a series of regulatory documents that were recently updated in 2017. The management processes, system development and verification, software assurance, operational processes, service monitoring and technical support capabilities of Aireon were also evaluated by EASA.

Aireon will be subject to periodic security audits throughout the operational life cycle of space-based ADS-B as a surveillance service. EASA evaluated their ability to mitigate the likelihood of spoofing and other malicious cyber attacks during the certification period.

“Aireon has integrated a security strategy that adapts to the ever changing security risks. This includes vetting personnel with physical and logical access to the system components, recurring validation of the access list, planned penetration tests and independent monitoring of the inter system and external interfaces networks,” McCloskey said. 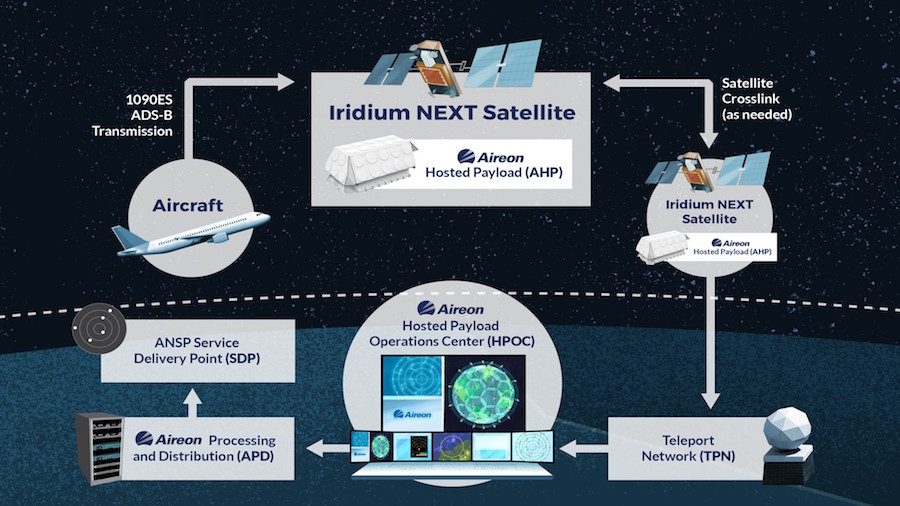 ANSPs outside of Europe, including the Agency for Air Navigation Safety in Africa and Madagascar and the Civil Aviation Authority of Singapore have also expressed interest in using the qualification data from the EASA certification to establish their own individually granted certifications to Aireon for the service, according to McCloskey.

An implementation plan outlining the changes ANSPs need to make concerning their adoption of space-based ADS-B is also available from Aireon. The plan shows how ANSPs need to modify air traffic controller screens to display ADS-B aircraft indicators and modify their automation systems to be capable of accepting additional surveillance sensors.

Aireon’s system has been transmitting live ADS-B messages since January 2017, and control of the final six space-based ADS-B payloads on the Iridium NEXT satellite constellation were handed over to Aireon on Feb. 7, 2019. IAA, NATS UK and Nav Canada are currently working through data validation activities using the service now for flights traveling between the United States and Europe in the busy North Atlantic Track System.