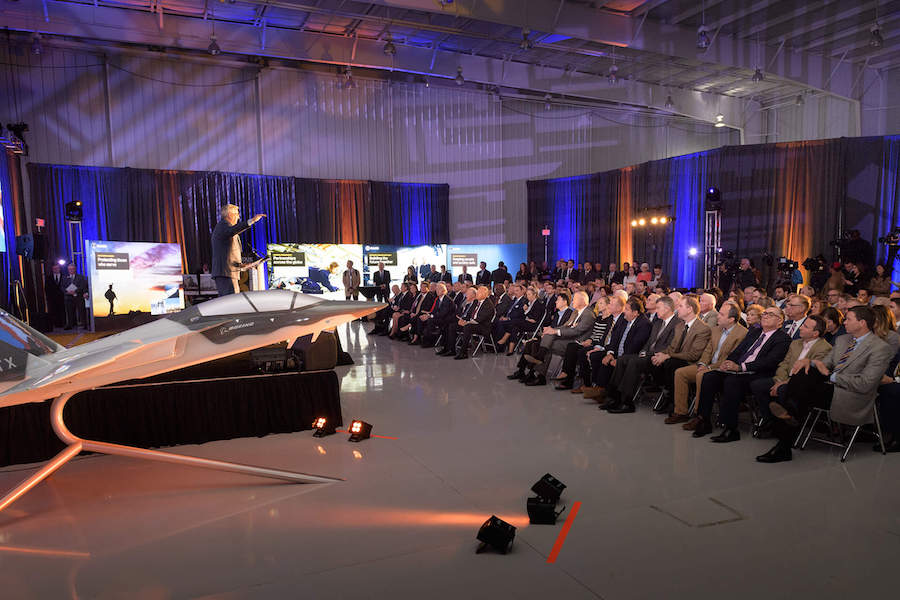 Indiana Gov. Eric Holcomb speaks before a crowd of more than 200 people during an event to announce that Sweden-based Saab Global Defense and Security Company is opening a $37 million facility in the Purdue University-affiliated Discovery Park District in West Lafayette, Indiana. Saab will conduct its contribution to the production of the U.S. Air Force’s T-X pilot training program and other aerospace projects at the site. Photo: John Underwood/Purdue University

Saab will open a new advanced manufacturing and production site in West Lafayette, Indiana, where it will produce final assembly for its components of the Air Force’s new T-X trainer jet.

The site will be located at the Purdue University-affiliated Discovery Park District, Saab said in a Wednesday press release. The Swedish manufacturer plans to invest $37 million over the coming years, with construction beginning in 2020.

The initial focus for the site will be aeronautical engineering; producing major structural sections and final assembly of the Saab parts of the T-X advanced jet trainer, developed by Boeing and Saab for the U.S. Air Force. Saab expects to initially create up to 300 new full-time positions for Indiana resident employees at the site, according to the company.

Saab President and CEO Håkan Buskhe said “the leading role” of Purdue University in areas including R&D, advanced manufacturing, aeronautical engineering, sensors, and artificial intelligence were “very appealing” to Saab as the company considered West Lafayette for the new site.

“Together, we see a great possibility here,” he said during remarks at a ceremony held at Purdue University Airport in West Lafayette together with Indiana Governor Eric Holcomb and Purdue University President Mitch Daniels.

He added that Saab will work with its T-X partner Boeing, the Air Force, the state of Indiana and Purdue to negotiate further investments.

With the standup of the Indiana facility, Saab will have U.S.-based businesses in five states. Its North American headquarters is located in Syracuse, New York.

“Saab has entered into a partnership with the Purdue University, and through this intends to expand its U.S. based Research and Development within possible areas such as sensor systems, artificial intelligence and autonomous systems," the company said in a statement.

The Air Force announced last fall that the Boeing-Saab team had secured a contract worth up to $9.2 billion for 351 T-X aircraft and 46 simulators to replace the service’s aging T-38 trainer fleet, with the option to buy up to 475 aircraft and 120 simulators.

The initial contract is worth $813 million for the engineering and manufacturing development phase of the first five aircraft and seven simulators.

This article was originally published in Defense Daily, a sister publication to Avionics 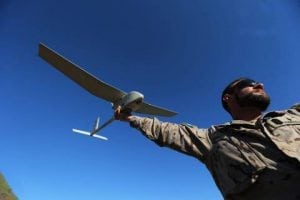 AeroVironment UAS Sees $47 Million in Orders from US Army

Perspectives: Security and the Separation Kernel