The FAA has issued an emergency airworthiness directive (AD) that has prompted the grounding of Cirrus SF50 Vision Jets, requiring a replacement of the aircraft’s angle of attack (AOA) sensors before operators can begin flying them again.

FAA’s AD provided a description of how the SWPS is configured within the SF50, noting that it may engage even when a pilot is experiencing sufficient airspeed and proper angle of attack under normal flight conditions. When the SWPS engages inappropriately, it can result in activation of the stick shaker and/or the stick pusher as well as generate a stall warning crew alert message, the directive states.

Aerosonic, the company that manufactures the AOA sensors for the SF50, believes that the probable root cause of the three different incidents resulted from AOA sensor malfunction due to a “quality escape” during assembly. Specifically, the two set screws that secure the potentiometer shaft to the AOA vane shaft can feature “improper torqueing and no application of thread locker to secure the two set screws.”

According to an emailed statement provided by a representative for the FAA, the directive impacts a total of 99 U.S.-registered Cirrus SF50s. No accidents have occurred as a result of the three incidents, the representative said.

“Cirrus has developed an FAA-approved corrective action and revised emergency procedures in the airplane flight manual,” the FAA said in a statement.

The grounding comes amid the recent grounding of the global Boeing 737 MAX fleet, which also resulted from two accidents resulting from erroneous information and operation of that aircraft’s AOA sensors and maneuvering characteristics augmentation system (MCAS). However, the FAA said that the grounding of the Cirrus SF50 fleet has no relation to the 737 MAX investigation.

“This problem involves different AOA sensors from those used on the Boeing 737 MAX. The Cirrus ESP system is unrelated to the 737 MAX Maneuvering Characteristics Augmentation System. The ESP assists the pilots, but does not take control and can be overridden with control inputs,” the representative said.

FAA’s AD also provides brief descriptions of each incident. In the first incident, the aircraft was under manual pilot control before the stall warning system suddenly activated several downward pitch commands. Prior to the downward pitch commands occurring, the pilot’s displays generated angle of attack failure and stick pusher failure messages. The automatic nose down pitch commands stopped after the pilot pressed the autopilot disconnect button, and then proceeded to land the aircraft manually.

Under the AD, Vision Jet operators are required to replace their AOA sensors with new sensors made available by Cirrus through its April 16, 2019 service bulletin, SB5X-34-03. The FAA is granting special flight permits to operators only to fly the aircraft to a facility where the required modification can occur. 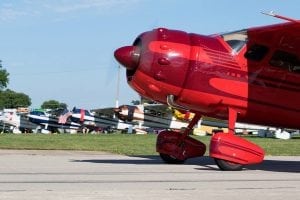