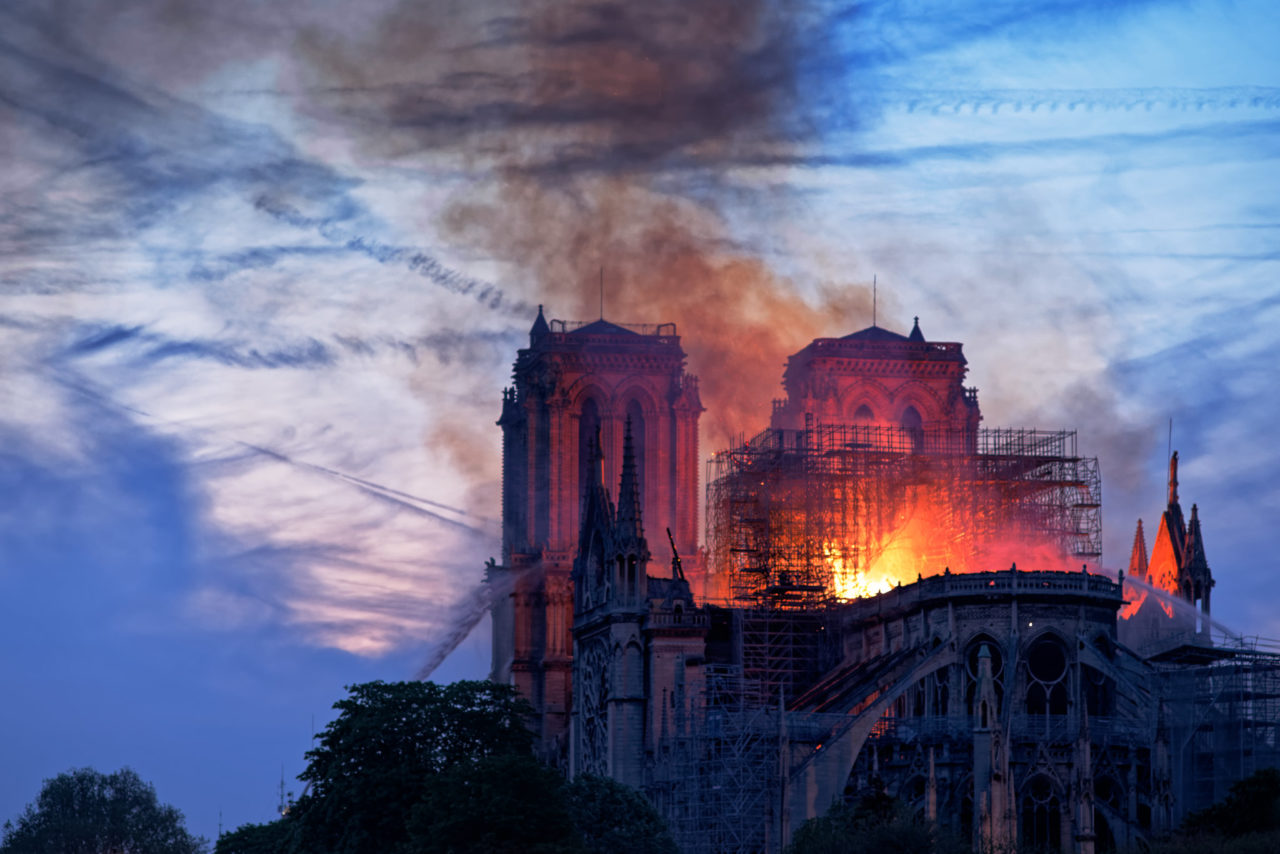 Notre-Dame Cathedral in Paris was the site of a raging fire Monday, April 15, suffering a still-unknown amount of damage as the building is assessed. The damage could have been worse, though, if not for the use of drones to assist firefighting efforts.

Gabriel Plus, the bureau chief for the Parisian Fire Brigade, confirmed to local media outlet FranceInfo that the drones helped firefighters' attempts to minimize damage to the 850-year old cathedral.

Learning that Emergency Response for Notre Dame also included the use of drones, made me feel good. Then seeing a female operator made me proud. Both individually are not common, both together even less. Such a difficult incident to deal with, done with exemplary. pic.twitter.com/Qdh3UIwmer

"It is thanks to these drones, to this new technique absolutely essential today, that we were able to make tactical choices to stop this fire at a time when it was potentially occupying the two belfries," Plus said, translated from French. "The drones made it possible to properly engage the means at our disposal."

The drones, borrowed from the ministries of culture and the interior, would normally be inoperable in that airspace thanks to DJI's geofencing, but the company removed the restriction for authorities' purposes. The drones have been reported as a Mavic Pro and a Mavic M210, but DJI Director of Corporate Communications for North America Adam Lisberg said the company hadn't yet confirmed that.

"We’re trying to confirm the media reports on exactly which drones were used – we have no reason to doubt the stories so far, but haven’t independently verified them yet," Lisberg told Avionics International. "It’s gratifying to know our products played even a small role in helping contain this fire and protect a global treasure from complete destruction. The real credit goes to the brave firefighters who had the skills to successfully battle this blaze, and we’re glad our tools could help them." 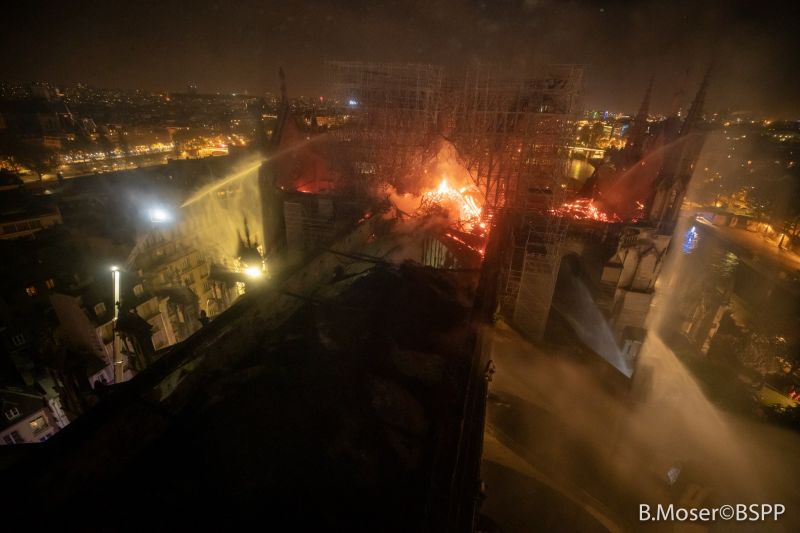 In conjunction with information from the drones, a fire extinguishing robot was used to fight the flames in Notre-Dame without putting lives at risk. The cathedral still sustained significant damage, with parts of the roof and its iconic spire collapsing. Fortunately, many important works of art were not in the cathedral at the time of the fire thanks to ongoing renovations. Others, such as the famed crown of thorns, were rescued from the inferno. While the high altar appears to have sustained some damage, the cathedral's stained-glass window escaped unscathed. French President Emmanuel Macron has set the lofty goal of rebuilding the landmark within five years.

Groups such as firefighting and law enforcement agencies are making more and more use of drones to respond to emergencies efficiently and safely. In the U.S., a number of such groups around the country have made drone use part of their operations as part of the nationwide UAS Integration Pilot Program.