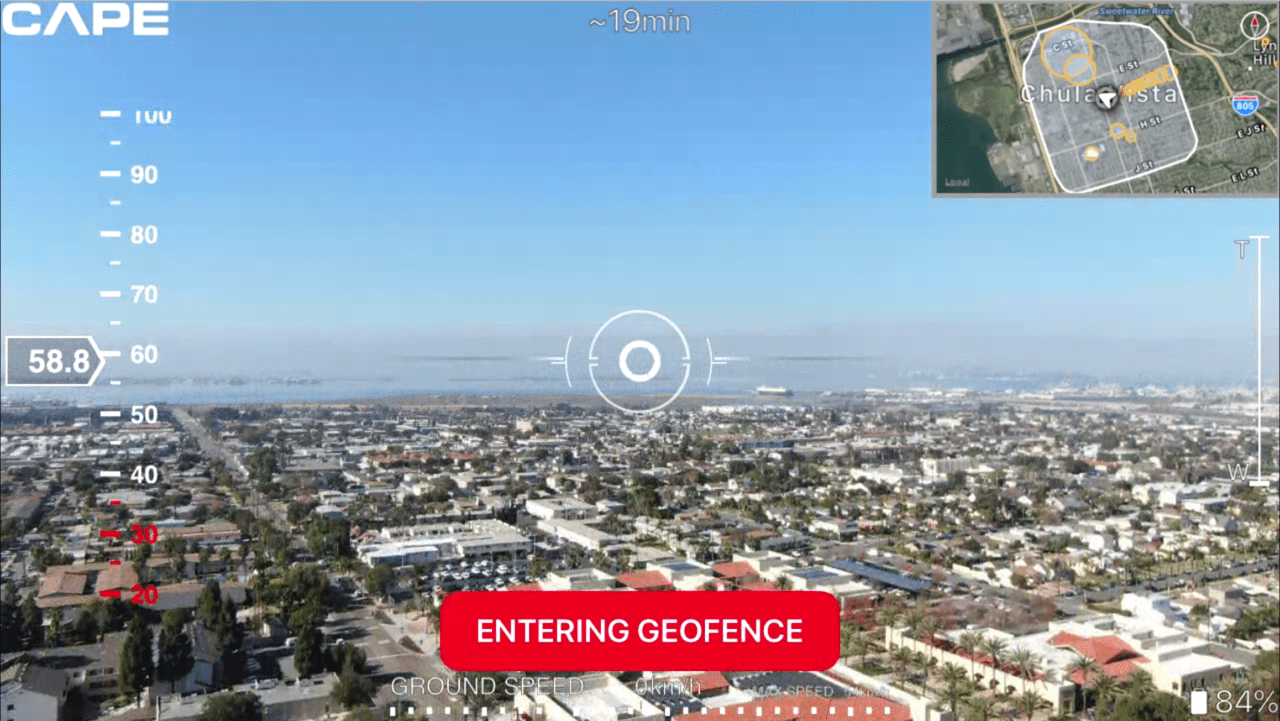 Cape's software in use in Chula Vista, California. (Cape)

Chula Vista, California Police Department drones have contributed to 14 arrests in the four months they have been in use as part of the FAA's Integration Pilot Program (IPP).

Started last year, the IPP is active in 10 cities around the U.S., where the FAA has granted partners the ability to use UAS in additional ways as part of an experiment to look at the benefits of the technology and how they can be integrated into the country's National Airspace System. The IPP is one of several ongoing unmanned traffic management efforts by the FAA.

The city of San Diego is looking at smart foot delivery, international commerce, smart vehicle interoperability, border protection, surveillance and public safety. The city is partnering with companies such as Uber, Intel, AT&T and drone software company Cape. As part of its program, the nearby Chula Vista Police Department has integrated UAS equipped with Cape's aerial telepresence software into its operations.

So far, the police department has conducted 282 flights combining for 62 hours of flight time, according to Cape, and the drones have contributed to 14 arrests.

“The Chula Vista Police Department is at the forefront of utilizing drones to enhance the science of policing,” said Cape CEO Chris Rittler in a Tuesday release. “As more agencies begin to adopt drone technology, Chula Vista will undoubtedly be the agency that others from across the country look to and replicate for emergency response and support." 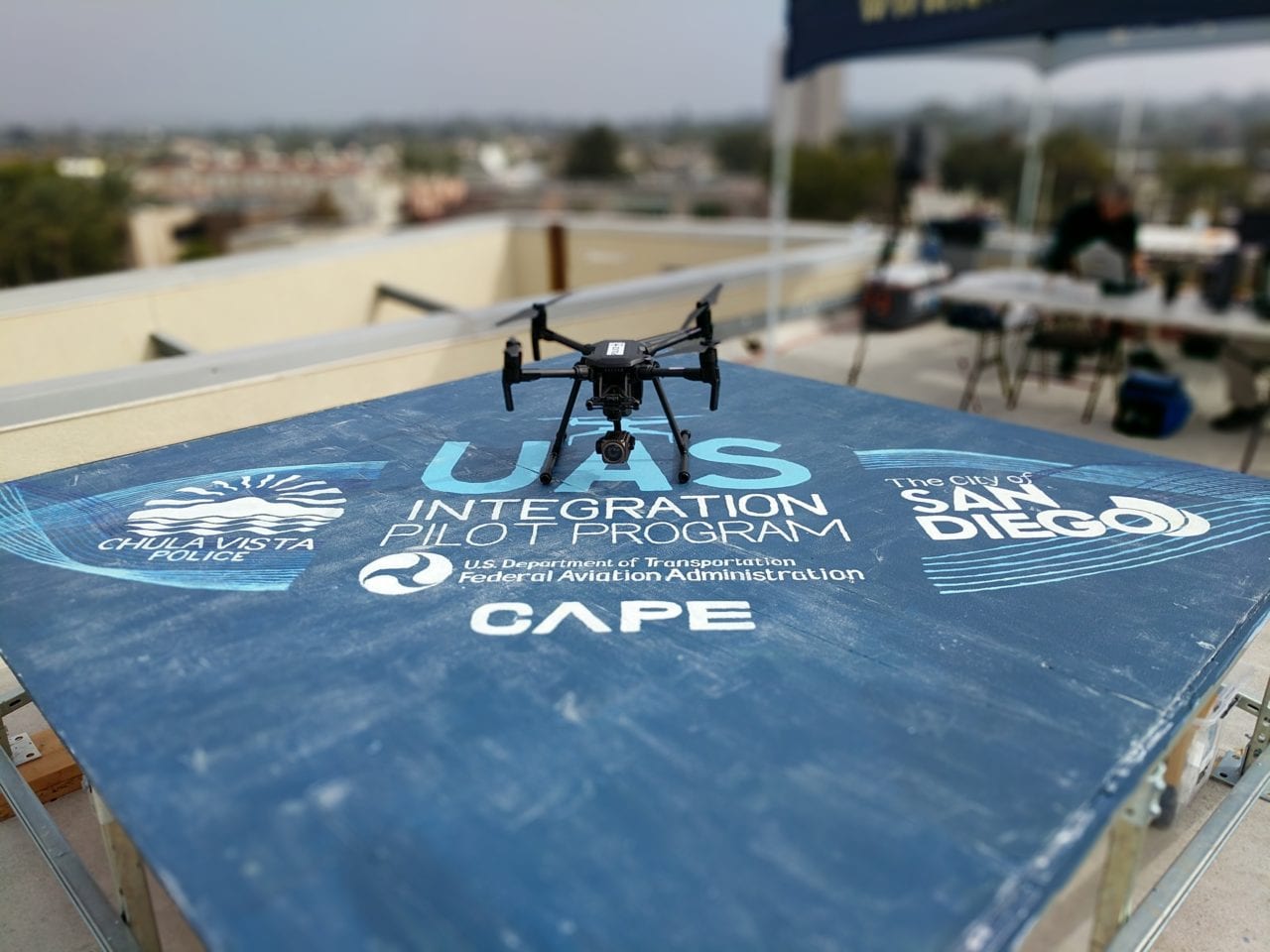 A Cape-equipped drone as part of the FAA's IPP. (Cape)

Before the IPP, Cape had partnered with the city of Ensenada, Mexico's police department, which integrated a DJI quadcopter equipped with Cape's telepresence solution. After a year, Ensenada's police department said it had seen a 10 percent overall reduction in crime including a 25 percent drop in violent robberies and 22 percent reduction in vehicle theft. The department reported an emergency call response time reduction of 90 percent and attributed 513 arrests to drone use.

The Cape software allows operators in the department headquarters to control a drone and pilot it to the scene of a high-priority incident as quickly as possible. Once there, it can broadcast real-time high-definition footage from advantageous angles to other responding officers, so they know what to expect when they arrive. Other officers can view the stream in a browser from computers or mobile devices.

“Since launching the [drone as a first responder] program, the program is already having a significant impact on operations and resource management," said Roxana Kennedy, Chula Vista Chief of Police. "Real-time aerial visibility is critical when informing decisions, and, in an emergency situation, is vital to the safety of our officers and citizens."

In addition to letting officers know what to expect when they arrive on the scene, Ritter has said that the knowledge can allow dispatchers to utilize their assets more efficiently, saving money.

Drones serve as active first responders for 10 hours a day in Chula Vista currently, according to Cape, with plans to increase that over time.