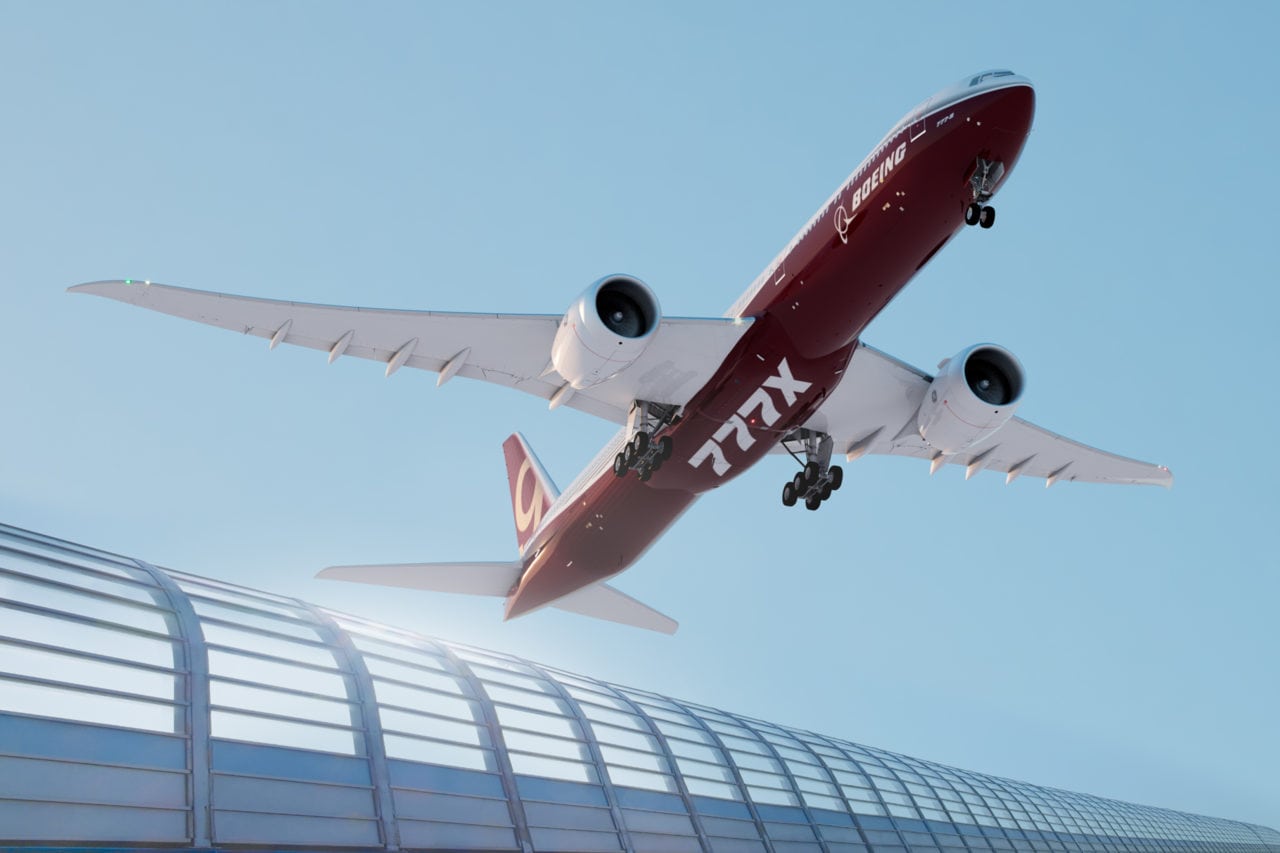 If Boeing launches the highly anticipated new mid-market aircraft (NMA), it will be after it finishes the launch of the 777X, CEO Dennis Muilenburg said Wednesday.

Speaking at a Barclays Industrial Select Conference in Miami, Muilenburg said his company sees "a market for four-to-five thousand airplanes that’s between our current 737 and 787  families. That’s an airplane that’s 220 to 270 passengers with a range of about 5,000 nautical miles. That market can’t really be served efficiently by derivatives of current airplanes, ours or our competitors."

If the plane launches, Muilenburg expects it to expand route growth for airlines. He said that there are regional city pairs that go unserved because they can't be operated efficiently enough by any jet, but the NMA could fill that gap.

Despite the market, Muilenburg would not commit to the NMA's production. He said Boeing is still doing research to make the business case because the plane needs not only a market but also to fit into Boeing's "family of aircraft" and help to "mature and advance the production system in the future" for the whole company.

The production system is a big focus for Boeing in general. After supply chain missteps led to delays with the 737 and 787, the manufacturer has reversed course on outsourcing and is sequencing production. That means it works on launching only one aircraft at a time and brings lessons learned from that project into the next one.

"[The NMA] program, if we launch, it would come on the backside of 777X," Muilenburg said. "It would leverage everything we’ve learned from the 737 MAX and the 777X."

Another part of Boeing's sustained growth business model is maintaining a research-and-development budget as a static portion of sales. Muilenburg said that starting the NMA would not change that and he would expect a constant 3.7-3.8% of Boeing's sales to go to R&D.

The exact timeline of that is unclear, but the 777X recently went through what Boeing calls a "factory gauntlet" where all its systems are hooked up and powered on in the factory as if it were in flight so they can be monitored. The company's 777 attention has largely switched to the 777X, which, at 340 aircraft, now has a larger backlog than the legacy 777. 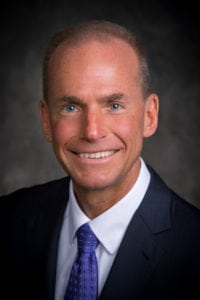 "We need to execute flight tests successfully this year and then deliver that airplane," the CEO said.

The 777X received a potential boost with Airbus' recent announcement that it would discontinue the A380, it's largest, longest-range offering.

"I can’t comment too much on A380 itself, but clearly I believe our wide-body portfolio is the right answer for the future," Muilenburg said. "When we looked at our investments for the future, we saw a world that would continue to evolve towards city-to-city pairing and travel, not a hub-and-spoke network for the world."

Growth is what Boeing expects for its newly launched Boeing Global Services venture. The company has stated an ambitious $50 billion annual revenue goal by 2027, but Boeing has invested heavily in the division to make growth possible, seeing 17 percent last year relative to an industry average of 3.5 percent. Muilenberg said Boeing expects to continue outpacing the rest of the market.

"That's where our OEM advantage comes into play. We can see and create value for customers that others cannot because of our depth of knowledge of our airplanes and how our customers use them," he said. "And that gets into our supply chain business, it gets into our maintenance and mods, it gets into our training business, and perhaps the fastest growing area is new digital solutions. As airplanes get smarter, there's more data available and more opportunity for us to create value-added solutions for our customers. That's the differentiator."

Muilenburg said that Boeing has been very deliberate when it comes to pursuing vertical integration. The company does not "need to be vertical everywhere," and wants to make sure that the areas it has identified, such as avionics, which it brought in-house and the recent joint venture it started with Safran for auxiliary power units, are areas that will benefit aircraft production. Whether it's starting a joint venture, investing in others, or doing work completely in-house, the company's goal is to smooth out the production process.

"Complementary to that is our work with the supply chain," Muilenburg said. "We want and need a globally competitive supply chain. We’re investing with our suppliers and sharing best practices. Where we've seen some consolidation, we've been involved in those discussions to make sure that that consolidation will make value for our customers. There have been some hard points, it's fair to say. We're in an okay place going forward on those supply chain consolidations.”

UPDATE: This article has been updated to reflect the latest 777X backlog. 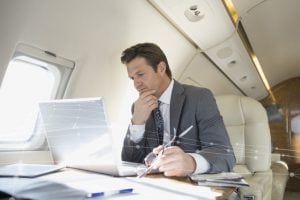