SAR systems are designed to provide higher-resolution imagery than standard radar systems. With a SAR system, for example, "you're trying to not only get a blip on the screen but actually some two-dimensional imagery," says Kurt Sorensen, manager of SAR Sensor Technologies for Sandia National Laboratories, an engineering and science laboratory owned by the U.S. Department of Energy and managed by Lockheed Martin.

Because the antenna beam width is inversely proportional to the aperture size, a very large antenna is needed to make a small beam. For instance, in order to achieve 4-inch (10-cm) azimuthal resolution, an operator would need an antenna "that is on the order of a football field long," says Sorensen. "But you can synthesize that [large] antenna if you fly along with a normal-size antenna and sample appropriately. Then you take all of those signals and correlate [and] integrate them together coherently."

The SAR antenna simulates a large aperture radar by collecting radar soundings from a series of microwave pulses along the flight path of the platform. Consequently, the synthetic antenna becomes the distance that the radar flies while collecting data. Since each pulse is also modulated to a wide bandwidth capable of very fine range resolution, the antenna also needs to be very wideband. With wideband signals and large synthetic apertures, the reflections from these pulses that are scattered back to the radar can be correlated to precise locations in space.

"Since you are using microwave frequencies, the signal will propagate through weather, equally well in day or night. It's less sensitive to the environment than an optical sensor," Sorensen says.

Sandia has spent millions of dollars on research into miniaturizing synthetic aperture radar technology. For the past five years, the organization has pieced together funding from various research projects to develop an air-cooled prototype version of its miniSAR.

This June, Sandia announced an alliance with Rockwell Collins to develop, manufacture and support a ruggedized version of the miniSAR for a wide range of military UAV platforms, including Class II and III UAVs.

Sandia's ability to create the small SAR system resulted from a number of significant developments. Those include the antenna-gimbal assembly, the miniaturized RF/microwave electronics, and the digital architecture of the system, particularly the digital waveform synthesizer and digital receiver, which both use modern field programmable gate array (FPGA) technology.

"It has required synergistic advancements in nearly every technology used in the radar," says Sorensen, adding that the system uses a microwave power module (MPM) as the transmitter.

The miniSAR's antenna provides 3-GHz frequency range in the Ku-Band. According to Sorensen, the lightweight, ultra-broadband, inexpensive array material allows Sandia to achieve the desired wide bandwidth in a small form factor.

"It's very thin, so our antenna itself is about 50 mils [thousandths of an inch] thick," he points out.

The antenna is mounted on a gimbal, which is typically attached under the fuselage. A radar electronics assembly (REA) contains all of the electronics required to form a signal, translate it and send it to the antenna, as well as receive the returning signal information from the antenna and process the data.

The SAR image is formed inside the REA and displayed on a standard monitor. In the case of an unmanned aircraft application, the image would be data-linked to the ground station for display. The miniSAR also employs a GPS receiver that uses carrier-phase information to measure motion, so that the synthetic aperture shape is precisely known to a fraction of a wavelength, allowing sharp focusing of the synthetic beam, and hence the SAR image.

The entire miniSAR system weighs 27 pounds [12 kg], consisting of the antenna-gimbal assembly (18 pounds/8 kg) and the REA (9 pounds/4 kg). The antenna-gimbal assembly is roughly the size of a 12-inch (30.5-cm) cube and the REA measures approximately 7 inches (18 cm) on each side. The unit's basic mode is spotlight SAR, where repeated snapshots of a single scene are taken with each imaging command. Future incarnations will incorporate strip map mode--where multiple snapshots of adjacent scenes are mosaicked together into a long image strip--as well as ground moving target indicator (GMTI) and coherent change detection (CCD) modes. It provides 4-inch resolution at 10 km (6.2 miles), 1-foot (0.3-m) resolution at 15 km (9.3 miles) and 3.3-foot (1-m) resolution at 23 km (14.3 miles). This means that a miniSAR-equipped aircraft flying within 10 kilometers over a golf course "could resolve the fact that there were two golf balls 4 inches apart," Sorensen says. The unit operates on a 16.8-GHz frequency that is extensible to X and Ka Bands.

The front end of the miniSAR system consists of the antenna, a high-power transmitter and RF components that create the appropriate level to transmit the signal, receive the signal and amplify it. As Sorensen explains, the transmitter takes the signal coming from the REA and amplifies it up to the level of interest. On return, the signal is passed through a low-noise amplifier and back into the REA.

Signal processing is required to turn the raw data from many tens of thousands of pulses into a single high-quality image. Sandia uses a data-dependent autofocusing algorithm to estimate residual unmeasured motion and compensate for these effects.

UK-based Selex Sensors and Airborne Systems is developing a SAR system using AESA technology for small airborne platforms, such as UAVs and helicopters. The system will employ many solid state transmit/receive antenna modules within a fixed array. This redundancy allows graceful degradation in the face of component failures.

Selex has been developing the AESA technology for its PicoSAR unit since the early 1990s. PicoSAR consists of a single line replaceable unit (LRU) with a connector for a GPS antenna and combined 28-volt DC power/Ethernet interface.

Weighing under 22 lb. (10 kg.), PicoSAR operates in the X-Band and can provide spotlight mode images at a resolution of less than 1 meter at greater than 6.2 miles (10 km). Other modes include strip map, GMTI, continuous built-in test and interruptive built-in test. The radar electronics are packagd in a small air-cooled unit with internal fans.

In June, Selex conducted the first flight of the PicoSAR system aboard a Eurocopter AS355 helicopter in central Scotland. The radar system mapped urban and rural areas of the country, operating from altitudes of 3,500 to 9,500 feet. According to Selex, the PicoSAR is primarily intended for use with tactical UAVs. It will be incorporated into the Sperwer B unmanned aircraft. As part of the development program, flight tests are planned on other UAV platforms, such as the Falco developed by Galileo Avionica.

In many cases, image information is further processed on the ground after the flight. But systems like the Sandia miniSAR can collect the data and processing it in real time for immediate display.

At this point, the miniSAR is a standalone system. But it could possibly be used with other avionics systems. The first step will probably involve overlaying the SAR data on the aircraft's electro-optical images, according to Sorensen. The coveted attribute of "persistence" in surveillance and reconnaissance will require the cooperation, and perhaps the fusion, of multiple sensor technologies.

Small antennas and supporting processors also will play a role in the design of a combined sensor suite for the joint U.S. Army/Navy Aerial Common Sensor (ACS) program. A SAR system will be part of a consolidated imagery intelligence package built into a single aircraft, including electro-optical, infrared, communications intelligence (COMINT), electronic intelligence (ELINT) and moving target indicator (MTI) sensors. The ACS program originally targeted the Embraer 145 business jet platform, but the services eventually cancelled a system design and development contract with Lockheed Martin in January 2006. ACS sensor suite research and development is continuing, however.

"The basic research into the various systems is applicable to whatever platform is chosen," says Brandon Underwood, a project engineer working to facilitate the integration of the various sensors and antennas on the ACS platform for the Army's Communications-Electronics, Research, Development and Engineering Center (CERDEC).

Because of equipment size and weight constraints for the multisensor ACS platform, designers are "shooting for a small form factor," he adds.

Officials haven't chosen the physical hardware for the sensors. But the SAR antenna would be a COTS unit that provides high-resolution images, as well as mapping and terrain modeling functions. The SAR system will be a standalone unit, consisting of an antenna, processing unit and a user interface.

The number of antennas on the ACS platform is going to be "very large," Underwood says, noting that the different antenna assemblies could be mounted in various ways, including on the fuselage and wings. "There's only so many antennas you can put on the belly," he says.

In addition to size and weight constraints, Underwood says it will require "some very astute planning" to identify the electromagnetic tolerances between each sensor system in order to minimize cosite interference.

Sandia National Laboratories has formed an alliance with avionics manufacturer Rockwell Collins to develop, build and support a ruggedized version of the lab's miniSAR (synthetic aperture radar) system for persistent surveillance in unmanned air vehicle (UAV) platforms. Applications could include the Shadow tactical UAV and the Extended-Range Multipurpose (ERMP) UAV that are part of the U.S. Army's Unmanned Aircraft System roadmap.

Collins intends to reduce the size, weight and power requirements of SAR systems, as well as to use lower-cost microprocessors. As a result, platoons will be able to direct these types of assets and get the data and the information they need, says Jim Rohling, sensor systems program manager for the company.

Rockwell Collins also will ruggedize the SAR chassis and the electronic cards. Rohling says the company has focused on military applications for the near term, but could apply the technology to homeland security applications such as border patrol. "But that's farther out in the future," he says.

The military will use the miniSAR for both moving target indication (MTI) over land and maritime MTI over the water, according to Rohling. Beyond those basic capabilities, a SAR technique called coherent change detection (CCD) could be used to locate improvised explosive devices (IEDs). The miniSAR would detect small, otherwise unapparent changes in the environment resulting from the placement of the IEDs.

In the UAV platform, the SAR radar would generate images that would, for example, show a moving vehicle within a general region. The operator could then "either get an image of that moving target or use other sensors to look at that area of interest," says Rohling, adding that MTI would be primarily used to identify general areas of interest.

According to Rohling, the miniSAR is a very flexible system. Collins will be able to apply multiple antenna configurations within a base radar electronics assembly (REA) unit. The initial SAR system will use the small, lightweight antenna developed by Sandia. But Rohling expects that Collins eventually will develop multiphase-center antennas to get even better performance. The form factor, however, will increase in size with the implementation of multiphase-center antennas, which allow an additional dimension to the data that can be exploited with interfereometric techniques. The company also plans to incorporate its own GPS technology and advanced processing. "But from the strict standpoint of this initial development, we probably won't change too much technology," he says. Collins expects to have a full military prototype in about 14 months. 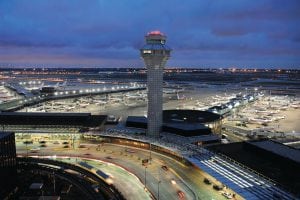 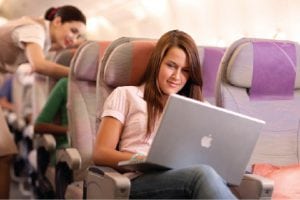 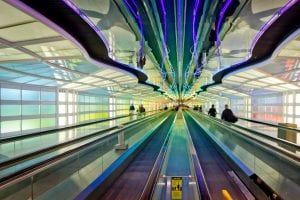 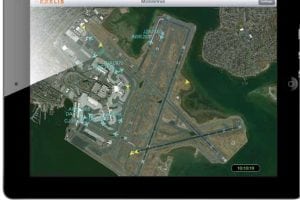