Aircraft Manufacturers Must Jump In or be Left Out of Air Taxi Revolution, Says Airbus Exec 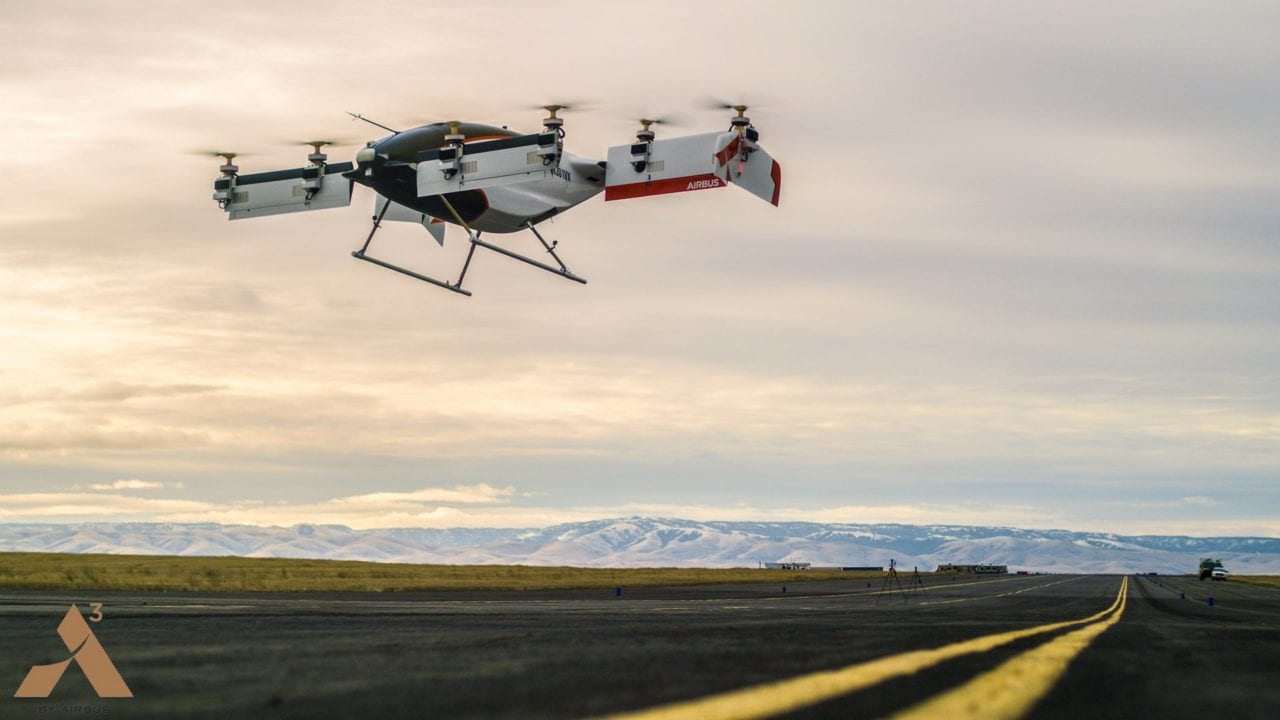 New companies such as Uber and Lyft will soon be making their own vehicles, and manufacturers such as Airbus and Boeing need to beat them to the punch by offering competing services if they want to avoid being cut out of the on-demand mobility loop.

That was the message of Eduardo Dominguez-Puerta, Airbus' head of urban air mobility, last week at AIAA SciTech in San Diego, California. He compared the urban mobility industry to the personal computing industry of the 1970s and '80s, when pioneering manufacturers IBM and Hewlett-Packard were industry giants. Since then, companies like Microsoft, that started as software providers for those PCs, have grown and started making their own hardware, a story Airbus is using as a cautionary tale.

"History repeats itself," Eduardo Dominguez-Puerta said, though he thinks this time around the manufacturers have a leg up if they act quickly.

"I think it’s easier for us to shift our position on the value chain and come to provide services rather than these type of companies building a whole industry of automotive or aeronautics," he said. "This is not traditionally our turf. If you think of Airbus, if you think of Boeing, Embraer, we are a [business-to-business] business. We are not used to being a [customer-facing] business. And I think that needs to change in our minds.”

Airbus predicts that, by 2030, the urban air mobility market will be worth an accumulated $50 billion, less than half of which will go to vehicle makers, "which means people like Airbus should not just focus on vehicles but look at rest of value chain," according to Dominguez-Puerta.

He said the rest of that value chain includes support and services, flight operations, ground infrastructure and passenger solutions, all of which need to be successful in tandem.

"Unless everybody in this ecosystem makes money, the vehicle system will not exist; Or, it will need to be subsidized until it takes off, which is also something that happened in history," he said.

Airbus' solution is to try to depart from their typical business model of selling aircraft to operators and occupy as much of that value chain as possible. The company is acknowledging that it will take time to make that change, but it has a leg up due to its experience and deep pockets.

There are 118 companies working on air taxi prototypes, according to Dominguez-Puerta. He predicted that there will ultimately be room in the market for five or six types. But, he said that makes sense. Getting engineers together to come up with a potential configuration will cost around $5 million, which he said is easy to achieve with the venture capital funding that is flowing into the space.

The next step, putting something in the air, should cost around ten times that, or $50 million. That still doesn't stop too many companies, the executive said. However, after that, the vehicle needs to be brought into certification and manufacturing, which can cost up to $1 billion.

Airbus has the funding and the supply chain to put things into production and buy up other companies, making it a good bet to outlast many of the 118 entrants into the space if the company is motivated to do so.

According to Dominguez-Puerta, it is. He said 3 percent to 5 percent of passenger traffic through big cities will be needed to make the business case for urban air mobility, which can not only make Airbus money but also "be a huge value for society," decreasing congestion on the roads and pushing for improved air traffic infrastructure in the skies.

Airbus is following the lead of the automotive industry, where Tesla has demonstrated sustainability while building out a ground infrastructure, Dominguez-Puerta said. They're also partnering with Audi, who is investing heavily in electric vehicles, to complement each other for a planned full-service on-demand mobility akin to what Uber wants to do. 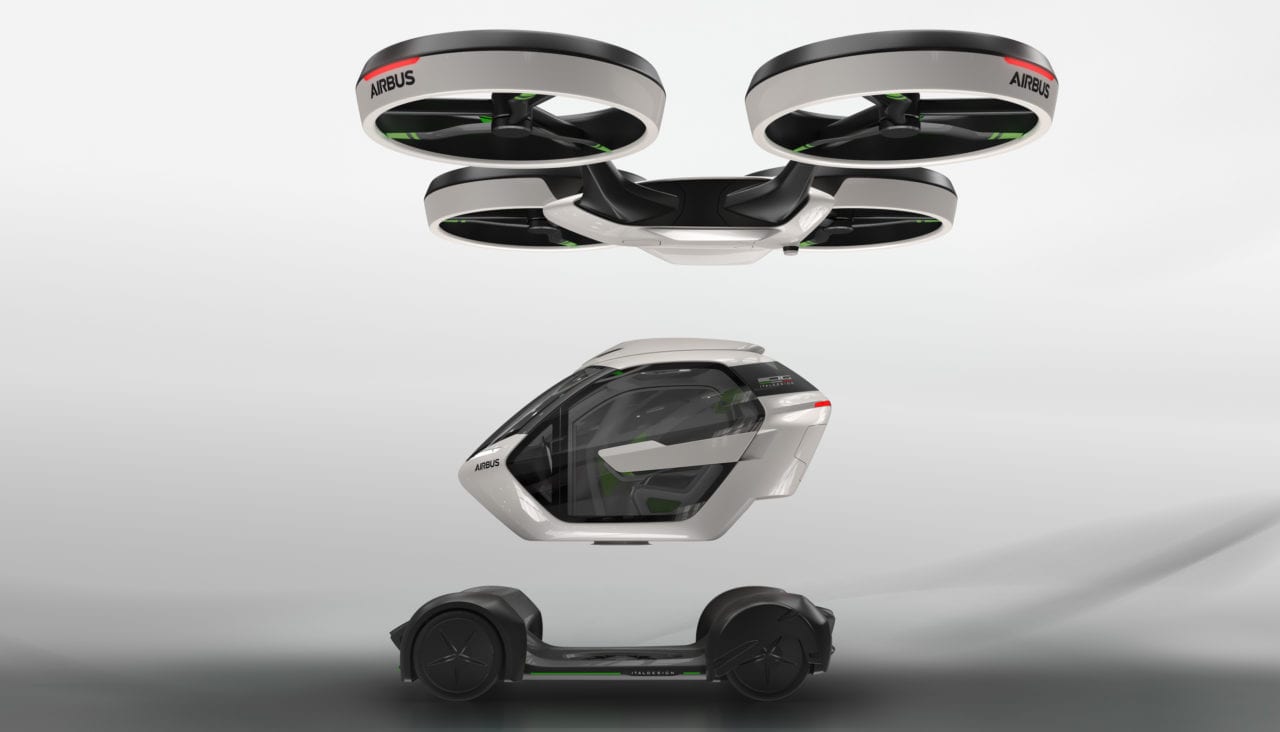 A rendering of the Airbus/Audi modular Pop.Up, with wheelbase and rotor attachments. (ItalDesign)

Ultimately, Airbus has hopes for a modular system called Pop.Up, consisting of a pod that can attach to both an Airbus-created autonomous, electric rotor rig for flight and an unmanned, electric, Audi-produced wheelbase. The company has released a mockup video showing passengers being picked up from an airport, after which the vehicle would deposit them directly into the Audi wheelbase, allowing the rotor part of the vehicle to detach and the car to take over delivering them to their destination.

The air taxi part of the vehicle would have a theorized 60 kW battery powering it, allowing 75 mph flight with a range of 37 miles and a charge time of 15 minutes. Notably, it has no wings.

“We know the limitations of this design. Don’t think we are naïve," Dominguez-Puerta said. "We want to test inter-modularity. ... We believe that there is value in exploring this type of configurations as well with cars.”

Something working like that would be a ways off, but having purchased Voom, a company offering on-demand helicopter mobility in Sao Paolo, Brazil and Mexico City, Airbus seems serious about exploring possibilities. Dominguez-Puerta said Airbus thinks 2-2.5 times the price of car travel is what it would realistically but sustainably cost for on-demand air travel based on what the company has seen with Voom and in other cities.

He also said he expects companies to start focusing less on the grand visions for the future and more on how things are going to happen and when. It remains to be seen if that will come to pass, but he said that will be an important step in the industry becoming a reality in the near future. 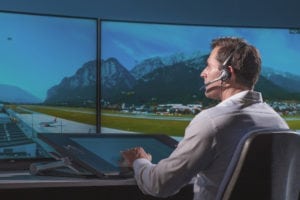 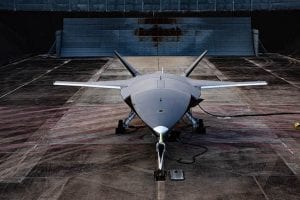