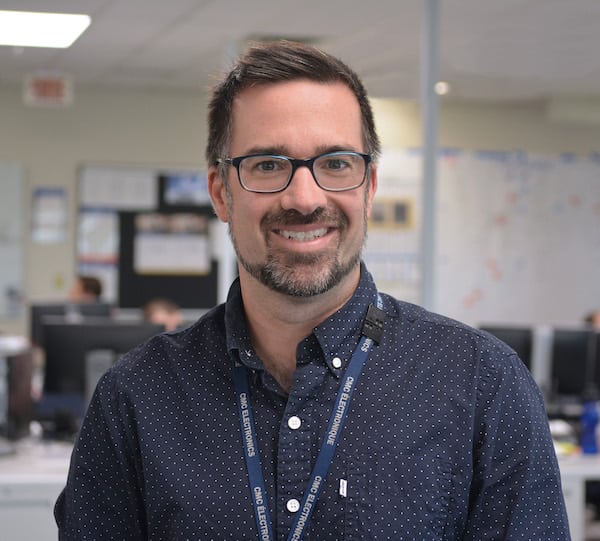 Esterline CMC is in the midst of developing both its next generation GNSS receiver, the CMA-6024, and a new cockpit display touchscreen technology that will disrupt the concept of the traditional multifunction control display unit (MCDU). One of the lead engineers behind the design of these new technologies, Alexandre Capodicasa, is living out a childhood dream in his role on these projects.

Capodicasa is a senior system architect on research and development flight management system (FMS) program at Esterline CMC. His first entry into a career in avionics engineering came after he graduated with a degree in electrical engineering specialization in avionics from Polytechnique Montreal in 2002. That would lead to his first entry level position with Esterline CMC as a software development engineer working on helicopter flight management systems.

One of the key programs he first worked on was the upgrading of Super Puma Helicopters with new tactical approaches, civil and military navigation systems, satellite voice and messaging capabilities as well as direction finder technology.

Capodicasa spoke to Avionics about how he went from developing software for helicopter FMS technology to leading the design of Esterline CMC’s next generation GNSS receiver today, the CMA-6024.

What inspired you to pursue a career in aerospace engineering? Have you always had a passion for aviation and airplanes?

As far as I can remember I have always been interested in airplanes and electronic. As a kid, I was surrounded by books on airplanes. I had posters of F-15 and Blackbird on my bedroom walls, received aircraft data sheets by mail every month. Probably not long after watching the Top Gun movie, I wanted to be a fighter pilot.

When I was in elementary school, I wrote a letter saying I would work on aircraft design in the future. My mother kept this letter and gave it back to me the day I graduated from the engineering school!

A letter written by Capodicasa as a student in elementary school stating that he would work on designing airplanes in the future.

What are some of your day to day responsibilities right now at Esterline CMC? What’re some of the projects or specific tasks that you’re working on right now?

I’m currently working on a next generation flight management system application that can be hosted on multiple platforms.  I am focusing on the design concept, system, sub-system specifications and certification aspects.

I’m also working with another team in the company supporting other avionic upgrade program with existing FMS and in improving the product development process for new products.

Are there any new or exciting requirements or applications or requests from customers that Esterline CMC is trying to meet right now that you’re supporting? What changes within new or developing airplane technologies are driving changes in what you’re working on?

I’m currently working with touch screen technology.  The performance standards are still evolving and new challenges have to be considered when transitioning from traditional MCDUs to touch screens.  With our new graphical, interactive design we can design more intuitive interface with more contextual functions.

Our challenge is to design a good interface de-coupled from the core flight management function such that we can integrate it into various cockpit layouts.  The new FMS application design also allows porting our  RNP/RNAV core function as a partition on military platforms, which will be a key enabler for military manned and unmanned aircraft flying within the next generation airspace.

When you look at the capabilities within Esterline CMC avionics technologies that you’re supporting today, how do you see those capabilities evolving and expanding into the future? What will Esterline be working on development for in the next five years that it is not providing today?

The software FMS application I mentioned previously is one example. Another is our latest GNSS receiver, the CMA-6024, currently under development and will be available towards the end of this year. In addition to being a GPS receiver that meets the latest standards and mandates, the CMA-6024 is also a satellite-based augmentation system localizer performance/localizer performance with vertical guidance (SBAS LP/LPV) and ground based augmentation system landing system (GBAS GLS) landing unit, all in one box.

SBAS LP/LPV and GBAS GLS are the latest technologies available for aircraft precision approach and landing operations. A nice feature of our CMA-6024 is that it can be controlled by the existing MCDUs on-board aircraft (via ARINC 739) or by separate control panels. We are also heavily involved in various standards committees, including RTCA and ARINC, defining the latest FMS and RNP standards as well as the next generation multi-constellation multi-frequency aviation GNSS receivers. 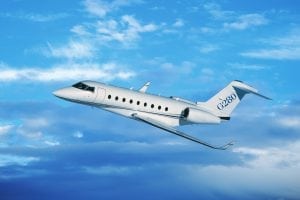