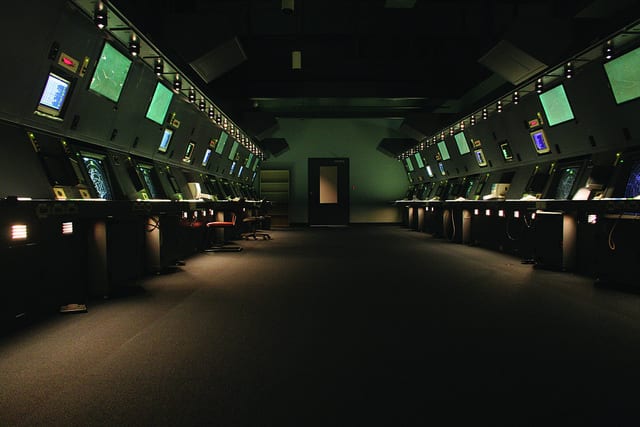 The U.S. federal government partial shutdown is already delaying the FAA’s ability to stay on schedule with the deployment of air traffic controller-to-pilot digital messaging technology in high altitude airspace.

Data Comm is the FAA’s controller-to-pilot data link communications (CPDLC) modernization initiative designed to enable the type of digital messaging between pilots and controllers in domestic US airspace that historically has been reserved for oceanic flights. Right now, the FAA is in the process of transitioning deployment of Data Comm from being used primarily for digital departure clearances in terminal airspace to more advanced functionality for aircraft flying in en-route airspace.

However, the use of CPDLC in en-route airspace requires the deployment of upgraded air traffic computers and operational procedures at the 20 different en-route centers that exist throughout the national airspace system. Controllers at those centers will also need training and certification to start using CPDLC, which they’re not receiving because of the shutdown.

“In order for airlines to get the full Data Comm benefits, we need all of the en-route centers to get the new equipment, training and certification for controllers to start actually using it in operation. Right now none of that can happen. The national support needed is not there,” said Jim Ullmann, director of safety and technology for the national air traffic controllers association (NATCA). 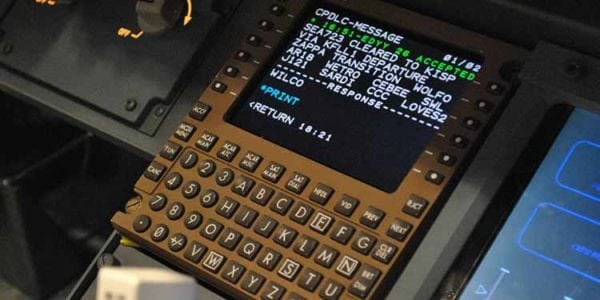 Ullmann said NATCA expects that the government shutdown could delay the implementation of Data Comm at some of the en-route centers by up to a year or more. That is because the training for Data Comm has a very specific performance schedule and process that each center must follow.

NATCA and the FAA have established a national team of Data Comm subject matter experts that are deployed to each en-route center for a specified period of time to train the controllers and phase in the new technology and procedures. According to Ullmann this usually starts with live testing of the technology on weekend midnight shifts, before transitioning the center and controllers to using Data Comm during weekdays and times when the air traffic system is busier.

The FAA had planned on doing the majority of that training between December 2018 and November 2019, and testing for the use of CPDLC in high altitude operations had already began at the en-route facilities in Kansas City, Memphis and Indianapolis. But all of that training and testing has stopped because of the shutdown.

The FAA has divided its en-route deployment of Data Comm into two phases, with the first phase focusing on the delivery of initial en-route services such as basic exchanges between controllers and pilots in high-altitude airspace. The second phase will be more advanced.

"Everything from frequency changes, to route amendments to altitude changes, these are totally different than anything we're doing with terminal Data Comm. These are going to be impacting actual tactical maneuvers with the aircraft," said Ullmann.

Furthermore the FAA had an aggressive schedule for deploying Data Comm at all 20 of the nation’s en-route facilities so that airlines can get the full benefits of using the technology. Basic equipage requirements for the use of DCIS includes a flight management system and a multi-purpose control display unit that is capable of providing an interface for CPDLC messages.

But that equipment is only useful in domestic airspace if pilots can use it everywhere they fly. Constantly switching from digital messaging back to voice between the different centers would not achieve the benefits the program is designed to produce.

“The longer this goes on, the more this whole thing will slip to the right. We will not know the full ramifications until we’re back. And even when we do get back it will be at least 45 to 60 days before all of the training and deployment can begin,” said Ullman.