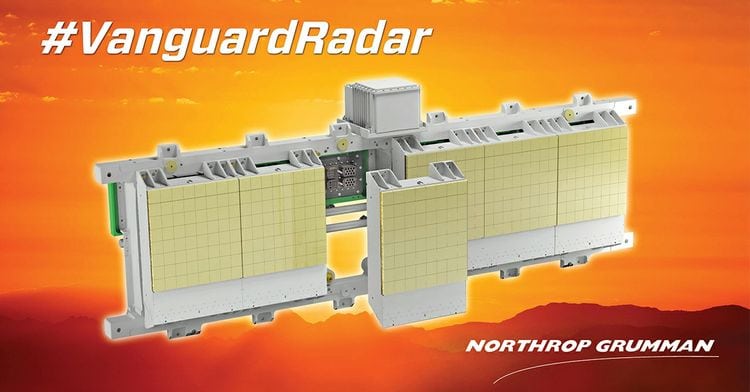 Northrop Grumman has revealed its new modular, user-definable Vanguard radar, built on an open architecture to be scalable based on size, weight and power requirements.

The Vanguard is comprised of small radar panels that can be assembled together with no practical limit, according to the company. The panels can be set to function as separate radars with different tasks or grouped together to form a single larger, more powerful array. A Northrop Grumman spokesperson said the company isn't sharing the exact process yet, but panel directives are software-defined so no hardware adjustments are required to reconfigure settings. The panels are also field-replaceable.

“Vanguard’s modular radar panels are a building block for a multitude of future radar aperture applications," Paul Kalafos, Northrop Grumman VP of surveillance and electromagnetic warfare, said in a statement.

Because the panels can be set to different tasks, Vanguard is aimed at being flexible, effective for multiple missions and platforms. Among available air-to-ground radar modes are ground moving target indicator, dismounted moving target indicator and synthetic aperture radar mapping. It can also adopt third-party software thanks to its open-architecture design.

The system has been test flown more than 10 times over the last year and is ready for production, according to an NGC spokesperson. It was previously being evaluated for the E-8C Joint Surveillance Target Attack Radar System replacement program, but with the JSTARS recap canceled, it is not currently affiliated with any program or customer.