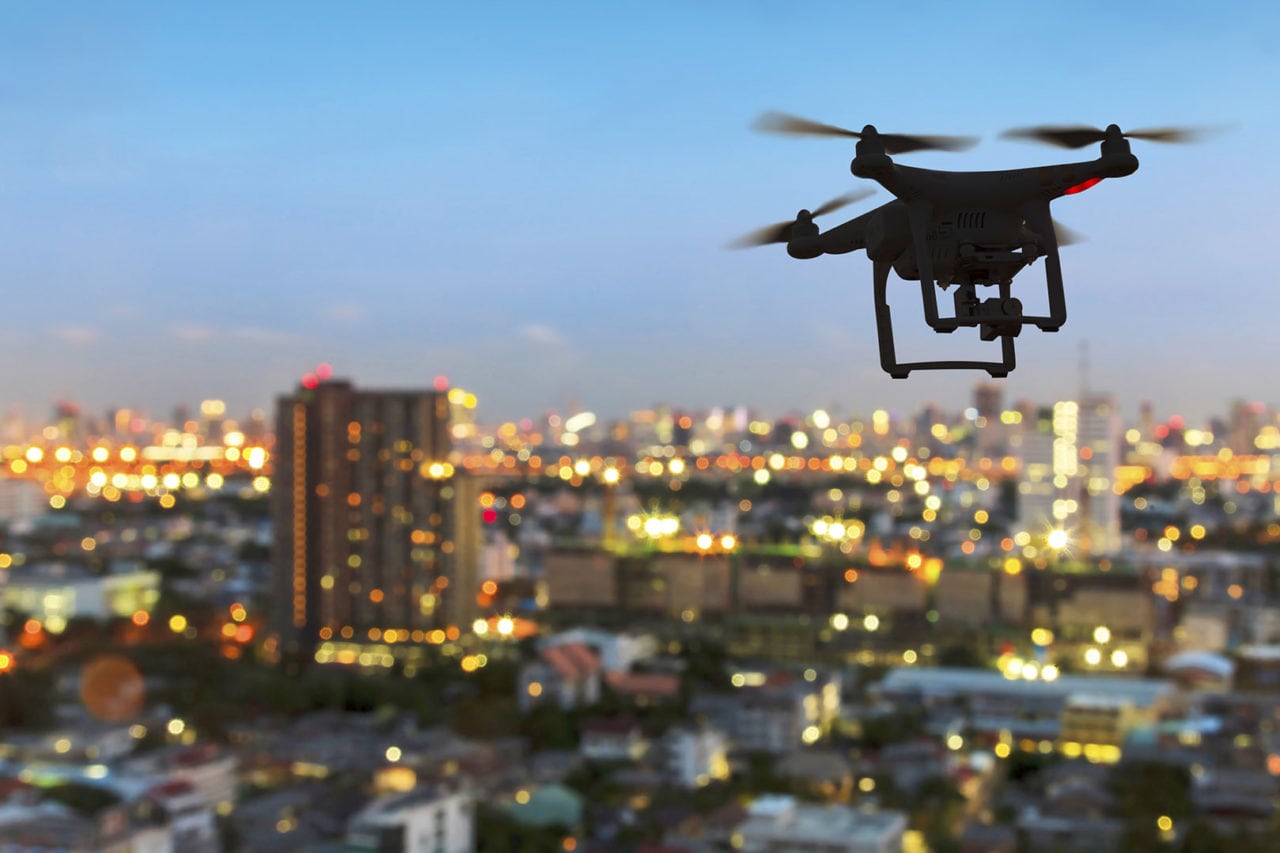 Silhouette of a drone flying above a city at sunset. Photo courtesy of the European Union

If you want an FAA waiver to fly a Part 107 unmanned aircraft system (UAS) over the normal limit of 400 feet, you better be familiar with your operating airspace and ready to describe it in detail, according to the agency's Kevin Morris.

Morris is an aviation safety inspector who hosted a webinar presentation on flying at higher altitudes. The presentation was part of the agency's ongoing series of webinars on drone waiver applications, deemed necessary as only 16% of the 11,345 applications that have been reviewed this year have been approved.

Drone operators are always required to be familiar with the airspace they will be flying in. That is especially important at higher altitudes, which is why the FAA's waiver review team pays special attention to that on applications, Morris said.

Flying at "400 feet or lower really limits the type of aircraft you'd be exposed to," Morris said, primarily to crop dusters and the occasional low-flying helicopter. But if flying at 1,000 or 3,000 feet, for example, there is far more potential air traffic to contend with.

The applicant needs to account for remaining visible to those aircraft and yielding the right of way to them. They also need to explain how they intend to accomplish that if they want their application to be approved.

"What you're doing is just as important as how you're going to be doing it," Morris said. 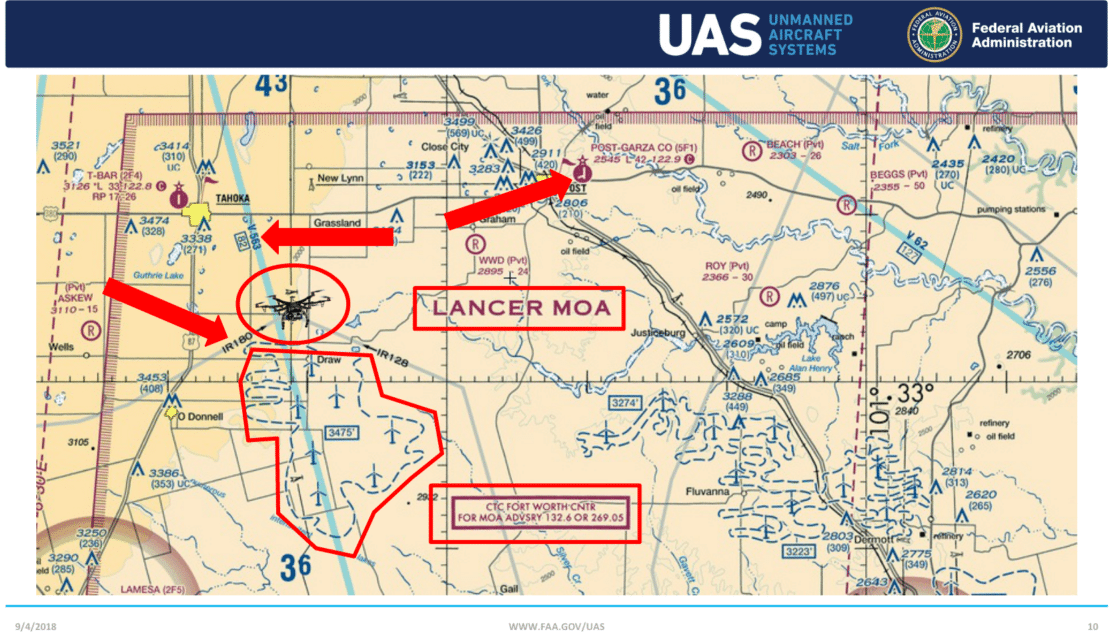 Morris explained that operators will need to be aware of any class of airspace they might cross into and the frequency and type of traffic in those locations. He provided the example of a route in Texas that would fly close to an airport. It is important to check whether runways face toward the operation, leading to incoming and outgoing traffic. Also, if it's operating near a military operations area, which requires checking for scheduled activity. Finally, a "Victor" airway should be considered in how frequently that route is used. There is also a wind farm to the south, which does not have special airspace restrictions, but can have significant turbulence effects that need to be taken into account.

One of the most important added challenges as pilots rise into more-used airspace is coordinating with air traffic control. Operators need to know what facility or facilities are relevant to their operations and tell the FAA how they plans to communicate with the agency. What will the backup method of contact be if the controller needs to tell the drone team something and cell service is spotty?

"The primary job of ATC is to ensure the separation of aircraft," Morris said. Part 107 drones complicate this because they don't appear on air traffic radar.

As is always the case, receiving a waiver for one piece of the Part 107 rule requirements does not exempt an operator from the rest of them, but the others can become more difficult to comply with at high altitudes. For example, weather is much more significant closer to its source. The requirement that an unmanned aircraft be visible for at least three statute miles can be harder to comply with, especially during the day.

And, of course, there is the visual-line-of-sight requirement. Unless a separate beyond-line-of-sight waiver is being granted as well, that visual contact must always be maintained. For obvious reasons, it can become much harder to do that with the drone at high altitudes.

If an operator is unable to see the drone 800 feet away horizontally, Morris said, what are the chances to see it 4,000 feet away vertically? Operators need to have a way to fly under an altitude waiver.

It also becomes harder to use that line of sight to determine position reliably, which an operator is responsible for, when the drone is so far away. When a UAS is 100 feet away, you might be sure what its location, altitude, attitude and direction of flight are, but can you be sure of that at 2,000 feet — Especially if there is a slow-moving cloud layer behind it providing a false sense of movement?

Those are all things that Morris said applicants need to account for and explain on their waiver applications if they want to increase their chances of approval.

Image courtesy of the FAA

A final point Morris made was to know when the waiver is needed: While the altitude limit of 400 feet, that applies to the ground or the radius of any building or structure. So if there is a 1,000-foot-tall radio tower, an operator can fly a drone up to its height plus an additional 400 feet. As such, for use in a lot of asset inspection, the waiver is not required. Morris cautioned, though, that the operation still requires approval through LAANC or the FAA's dronezone portal depending on what airspace it passes through.