Raytheon has appointed Roy Azevedo as president of its $6.4 billion Space and Airborne Systems (SAS) segment, succeeding Richard Yuse who is retiring at the end of this year. Azevedo, 57, who has been with SAS for nearly 30 years, took over the segment on Sept. 1. Previously, he led the Intelligence, Surveillance and Reconnaissance Systems mission area within SAS. Yuse, who became president of SAS in 2010, has been with Raytheon since 1976. 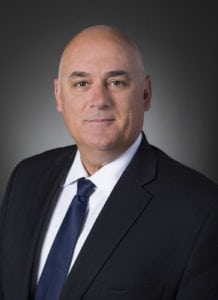 Thales has appointed Jean-Paul Ebanga its new VP of flight avionics activities, which provides secured, natively connected systems and services. Ebanga works under Thales EVP for Avionics Gil Michielin. Ebanga joins the company from Safran, where he was senior VP of corporate strategy. He had been at Safran since 2011, spending time as CEO of CFM International. From 2001 to 2011, Ebanga worked for Snecma Control Systems.