US Air Force to Use New Neuromorphic Supercomputer for AI Research 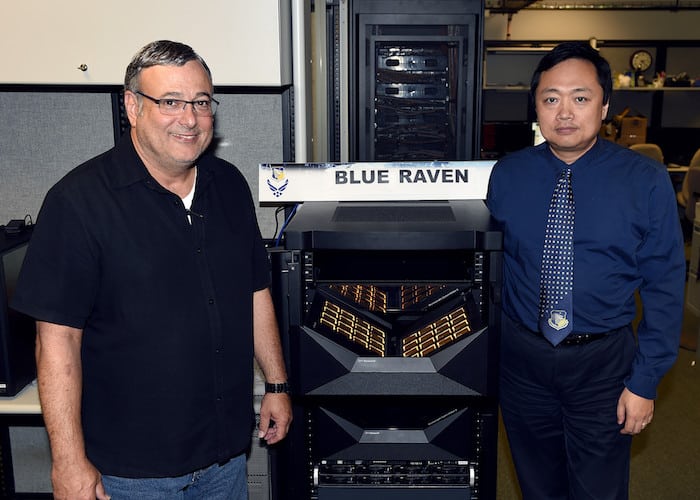 The processors, which were developed by IBM with the Defense Advanced Research Project Agency (DARPA), are divided across four individual printed circuit boards with 16 processors each. The boards are configured into a typical server chassis setup and feature high bandwidth data links.

Jeremy O'Brien, senior computer scientist for the AFRL information directorate, told Avionics he refers to Blue Raven as a supercomputer "because of its ability to simultaneously emulate detailed models of 64 million biological neurons and 16 billion biological synapses, and, most importantly, its ability to produce more meaningful outputs from sensory data inputs."

Neuromorphic processors are based on the neuromorphic computing concept first introduced by Carver Mead, a professor of engineering and applied science at the California Institute of Technology. In 1986, Mead was one of two co-founders of Synaptics Inc., a company established to develop analog circuits based in neural networking theories for speech and vision recognition technologies. In 1990, he published his first work on neuromorphic electronic systems in Proceedings of the Institute of Electrical and Electronics Engineers (IEEE).

Engineers and computer scientists at AFRL will use Blue Raven to execute artificial intelligence and machine-learning algorithms. Blue Raven also provides a platform for research and development, testing and evaluation for applications in computational neuroscience for the U.S. Department of Defense and other U.S. government agencies. The Air Force specifically wants to use its computing power to produce advancements in its combat capabilities and is evaluating its computing architecture for integration into onboard aircraft sensors.

A key difference between BlueRaven and existing supercomputers is what the design team achieved in size weight and power. Blue Raven’s processing power only consumes 40 watts of power, which is the equivalent of a household light bulb, according to AFRL. It also consumes up to 100 times less energy when executing AI and machine-learning algorithms, said O’Brien.

Blue Raven continues a growing trend among commercial and military aviation technology researchers focusing on future deployment of artificial intelligence and machine-learning applications for airplanes. Aitech Defense Systems, a major supplier of embedded computing to aerospace and defense OEMs, has its own general-purpose graphics processing unit (GPGPU)-based A176 Cyclone supercomputer that uses NVIDIA’s Jetson TX2’s machine-learning capability to capture images in real time for unmanned aircraft systems. In the future, Aitech believes wide-angle and narrow-angle cameras can be equipped with artificial intelligence to detect moving objects.

Future airborne military applications for AI and machine learning can be enabled by the processing power of Blue Raven. 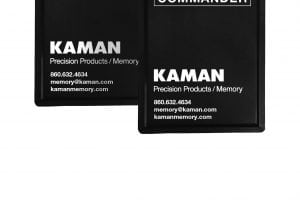