B-1B Lancers testing Lockheed Martin JASSM-ERs, which were just used in live combat for the first time. Photo courtesy of the U.S. Navy

There were 105 weapons fired by U.S., British and French forces against Syria on April 14. Of those, 19 were a new version of the Lockheed Martin Joint Air-to-Surface Standoff Missiles (JASSM) being used in combat for the first time.

The extended-range JASSM, or JASSM-ER, missiles were fired on targets within Syria by two B-1B Lancer bombers. The air-launched cruise missiles have a range of more than 600 miles, or twice the range of the original design.

All 19 JASSM-ER missiles were fired at the Barzah Research and Development Center, where military officials determined chemical weapons were made and distributed. Another 57 Raytheon Tomahawk land-attack missiles launched from a U.S. Navy destroyer and submarine also struck the site that day, according to the Pentagon.

“We selected these targets carefully to minimize the risk to innocent civilians,” Joint Staff Director Marine Corps Lt. Gen. Kenneth McKenzie said during an April 14 press conference. “We're still conducting a more detailed damage assessment, but initial indications are that we accomplished our military objectives without material interference from Syria. I'd use three words to describe this operation: precise, overwhelming and effective.”

Finnair to Use ARINC Message System 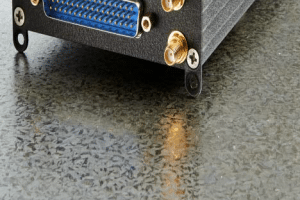