The customized 650s are being outfitted with intensive care units, representing the next generation of airborne medical evacuation. The mobile ICU inside Rega's Challenger 650. Photo courtesy of Rega

“It is incredibly rewarding for us that Bombardier jets help save so many lives while in service with Rega, and we are thrilled that they will continue to do so for many years to come,” said David Coleal, president of Bombardier Business Aircraft. “The Challenger 650 aircraft is an ideal air ambulance vehicle, with the reliability needed when emergencies arise and a smooth ride that is essential when delivering in-flight medical care.”

Swiss Air-Rescue Rega, a non-profit foundation and one of the world's pioneers in aeromedical evacuation, carries out air-rescue operations in Switzerland with a fleet of 17 rescue helicopters and repatriates patients from abroad with three ambulance jets. A longstanding Bombardier customer, Rega acquired its first Challenger aircraft in 1982 and has operated them ever since.

The Challenger 650’s higher-thrust engines allow for a shorter take-off distance, and the Bombardier Vision flight deck — including both enhanced and synthetic vision — reduces pilot workload. It offers MultiScan weather radar and a range of 4,000 nm. The cockpit of Rega's new Challenger 650. Photo courtesy of Rega 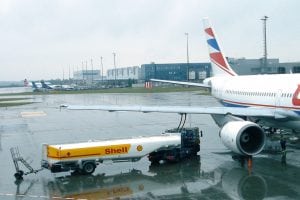 Get the Lead Out: The FAA Selects Unleaded Fuels to Test for General Aviation