An MV-22B Osprey, from Marine Operational Test and Evaluation Squadron 1, lifts off from the flight deck of the aircraft carrier USS Carl Vinson. (Photo by Sean Castellano, courtesy of U.S. Navy)

Without the V-22 Osprey to deliver spare engines, nations buying the naval version of the F-35 Joint Strike Fighter will not be able to deploy them on carriers.

No other carrier-based aircraft can heft the Pratt & Whitney F135 engine, according to Marine Col. Matthew Kelly, the V-22 joint program manager. The Navy jumped on board the Osprey bandwagon when it decided to replace its aging C-2 Greyhounds with CMV-22s to perform the carrier onboard delivery mission.

“One of the things that their current COD cannot do and we need to make sure we bring to the fleet is the capability of the V-22 to support the F-35 power module, the F135 engine,” Kelly said April 10 at the Navy League’s annual Sea-Air-Space conference here. “We know the Navy CODs are lined up with when the F-35C deployments on the big-deck carriers and one of the big reasons is the V-22 can transport the power module of the F-35C.”

The Navy begins procurement of the CMV-22 in the current fiscal year for delivery in fiscal year 2020. The naval variant will carry about 5,500 pounds more fuel than the standard V-22 to support greater ranger and payload, Kelly said.

“We’ve been working with the Navy for over two years now,” he said. “

Deployment of the F-35C aboard an aircraft carrier has been delayed until at least 2020 when CMV-22s will be available to deliver the F135 engine from shore to ship. In August 2016, several Marine Corps V-22s performed the COD mission aboard the USS Carl Vinson for a few weeks, giving the Navy an opportunity to begin formulating a concept of operations for the CMV-22, Kelly said.

The Marine Corps already has deployed its F-35Bs aboard big-deck amphibious assault ships in the Pacific because it has Ospreys that can handle ferrying engines to ships at sea.

Currently, the Marine Corps, Navy, Air Force Special Operation Command and Japan operate versions of the V-22 tiltrotor made by Bell Helicopter and Boeing. The Marine Corps owns the lion’s share with a program of record of 360 aircraft.

“The good news about that multi-year is at this point we’ve got all different variants as part of that multiyear,” he said.

Seeing an opportunity to recruit foreign militaries onto the contract, it is being negotiated with additional capacity beyond what the U.S. military intends to buy, Kelly said. There are at least 10 additional aircraft up for grabs each year over the five-year term of the impending contract, he said.

“When we negotiated the contract we knew that other U.S. services and other foreign partners would probably want to get in on this, too, since we’re getting a great deal, pre-negotiated prices,” he said. “The way we structured it is any year, if another service wants to buy more or an FMS customer wants to buy even more or become a new FMS customer, they can do that.”

Discussions with Israel about purchasing the V-22 that were near bearing fruit a few years ago but withered have resumed, Kelly said. Israel has shown increased interest in the aircraft in the past six months or so after seeing the V-22 in action during a joint exercise between the Israeli Defense Forces and Marine Corps in the Mediterranean.

The U.K. Royal Navy, which is buying the F-35B and plans to deploy them aboard its Queen Elizabeth-class aircraft carriers, is interested in the V-22 for the same reason the U.S. Navy is, but no official deal is in the works, Kelly said.

“Queen Elizabeth is a blue-water carrier and if you truly want to have that blue-water capability, you can’t be resupplied by any helicopter,” he said. “It’s going to be 800, 900, 1,000 miles out to sea. The V-22 can get there when nothing else will.” 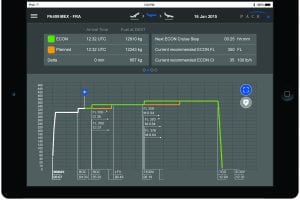