While the possibility of an aircraft being struck by lightning is rare and does not present a threat to flight crews or pilots, aircraft manufacturers are looking to improve their current level of understanding of the interaction between aircraft and lightning. A new study published by several researchers from the Massachusetts Institute of Technology’s (MIT) department of aeronautics presents a theory that providing aircraft with a mechanism for becoming more electrically charged internally when the threat of a lightning strike is present would actually reduce their risk of being struck by lightning.

The study proposes a the future use of an onboard system that could better protect an aircraft from a lightning strike by electrically charging it — a theory that the researchers admit seems counterintuitive on its surface. Their theory stems from their analysis of what occurs when an aircraft flies through an ambient electric field. According to the experts, the aircraft’s external electrical state becomes more polarized with one end of the aircraft becoming more positively charged and the other becoming more negatively charged. The increased state of polarization can set off a positive leader, which the researchers describe as a highly conductive flow of plasma that can serve as a preceding stage to a lightning strike.

“The idea is to have electric field sensors on the aircraft that continuously monitor the electrical environment the vehicle is subjected to. From these measurements, onboard algorithms would determine the risk of a strike and the net charge level of the aircraft required to improve the situation," said Carmen Guerra Garcia, an assistant professor of aeronautics and astronautics at MIT told Avionics. "The onboard controller would then command the actuators (ion emitters that can charge the aircraft) to drive the aircraft to the optimum net charge level, that which keeps equal safety margins for the positive and negative leader, thereby reducing the risk of a strike."

Garcia, a former research engineer for Boeing’s European research and technology unit, said that the work published in the American Institute of Aeronautics and Astronautics (AIAA) Journal is theoretical. The group is currently experimenting with the actuators and testing them in laboratory scale experiments to provide proof of concept that they can, in fact, charge a model aircraft to desired levels. This idea is based on the physics of lightning initiation: where a positive leader initiates the process and is shortly thereafter followed by a negative leader, according a report on the research published by MIT.

According to Guerra Garcia, the group is using a numerical model of the electrostatics of an aircraft in the presence of an atmospheric electric field. Using some net charge and physical threshold criteria, they’re trying to determine under what conditions the leader discharges will be triggered.

The FAA estimates that on average, in-service commercial aircraft are struck by lightning once per year.

However, a lightning strike poses very little danger to aircraft on board flight-critical avionics computers or passengers and flight crews inside, as the airplanes are required by internationally accepted standards to be able to withstand external electrical activity. When lightning strikes do occur, a follow-up inspection and safety check are required.

MIT’s researchers also point out that the nonmetallic composite structures being increasingly incorporated on newer airframes could make them more vulnerable to lightning-related derange compared to older all-metal airframes.

“There is no safety concern; aircraft are adequately protected so that a lightning strike poses no risk," said Guerra Garcia. "However, a lightning arc is a high temperature plasma channel that delivers very high currents in short times, and therefore adequate electromagnetic shielding of the electronics systems is needed."

Currently, one of the preliminary experiments an MIT graduate student is performing is testing the feasibility of charging to prevent lightning strikes on a metallic sphere within MIT’s Wright Brothers Wind Tunnel. In the future, the researchers want to carry out experiments within more realistic environments, such as by flying a drone through a thunderstorm.

Based on the latest mathematical modeling MIT has done, a key issue it is focusing on is speeding up the response time of the electrical charging system, according to Emeritus Professor Manuel Martinez-Sanchez. The current modeling shows that the proposed system could protect an aircraft within fractions of a second, which would not be fast enough to protect against some forms of triggered lightning.

“The study is at an early stage, so it is still early to say whether such an onboard system could be incorporated into future airplane designs. The implementation of this strategy requires a significant improvement in current modeling capabilities of the physics, since the onboard algorithms would need to have predictive capability of when leaders are about to occur. This is not possible now, but we are working on the more theoretical aspects of the problem to improve our current understanding,” said Guerra Garcia. 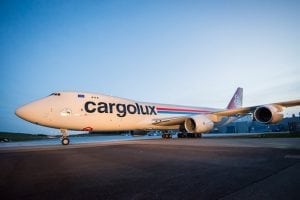 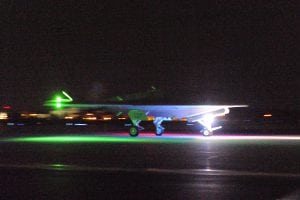