F-35 Costs a Continuing Concern at US Congressional Hearing Congress wants proof that the F-35 program is on the right track. File photo

The U.S. “can’t risk the F-35 program being like the F-22 program,” declared Chairman Mike Turner of Ohio, referring to another Lockheed Martin fighter project that became synonymous with cost overruns and delays before its ultimate early termination.

Speaking at the U.S. House Armed Services Subcommittee on Tactical Air and Land Forces hearing on the F-35 Lightning II Joint Strike Fighter program, Turner and his congressional colleagues questioned Vice Admiral Mathias W. Winter, the program’s executive officer, and representatives from the U.S. Air Force, Navy and Marine Corps on the program’s failings, weaknesses and plans to get it in check.

Everybody’s top concern is cost. Wrapped up in every delay, shortage and plan revision is the looming specter of cost overruns. To meet budget service goals, costs need to be lowered by about one-third over the next decade.

Ranking member Niki Tsongas of Massachusetts, pointed out the “significant achievement” of costs being lower than requested for the last four lots of F-35s, but expressed skepticism at the prospect of aggressively lowering costs and scaling up production without issue going forward, pointing to the decade-plus of cost overruns before those lots and the continued issues with software deficiencies and hardware shortages.

“How this new effort will somehow defy this unfortunate history remains an open question, to put it mildly,” Tsongas said.

Winter cited long-lasting repercussions of poor decisions in 2001 as the primary driver for the following years’ quality issues and resulting cost overruns from addressing them. He claimed things have been on track from an affordability standpoint since what he called a “clock reset” in 2011 when the program was reevaluated, and he expressed confidence in that trend continuing or improving.

As Turner said, one of the key ways to lower costs is to scale up production so per-unit prices are more palatable; but, even if the mechanisms are in place to successfully produce at that rate, it’s hard to feel comfortable green-lighting orders on that scale when there have been so many issues to this point in low-rate production.

With the witnesses pressed for other ways to improve costs, the Navy’s Rear Admiral Scott Conn volunteered that contractors are currently paid to do a lot of work that servicemen should ultimately do once they are trained, which will save money. From the start, the F-35 was branded as "affordable stealth." File photo

One of the issues when it comes to cost is that it’s hard to even gauge what the cost of the program really is.

To that end, Congress requested a report detailing the costs by the start of 2018 when it signed into law the recent iteration of the National Defense Authorization Act. What it received, however, was lacking in specifics.

Turner said that 2019 should be a big year for the F-35 program, both in terms of production and oversight decision making. However, he said, the committee isn’t confident in the program’s prospects for 2019 if it is unable to comply with Congress’s request in 2018.

Winter acknowledged the failure and chalked it up to some extra time needed to understand future requirements and map out exactly what meeting those would entail. He promised to provide information as it was available with a full report including the acquisition plan through 2024 by June.

The other side of the cost coin is quality. The F-35 has been plagued by delays in production, maintenance, part supply and quality control problems throughout its lifecycle so far. Tsongas referred to a recent comment by Winter in which he said the F-35 had 200 deficiencies that the U.S. “would not pay for twice” and asked for elaboration.

Winter said that many of those deficiencies had been solved, and most of the remaining ones are minor, not things that prevent capability.

For example, a display works, but has a “small refresh rate issue” — things that will be fixed, but doing so now rather than later would delay delivery. He also said that the deficiencies could be in the aircraft, the simulator or any other part of the program, not just the fighter. Still, he said, the contract stipulated that such deficiencies wouldn’t exist, so he would work to ensure that there are appropriate compensation or industry partners paid to have them resolved rather than government resources going to fix issues that never should have existed.

Winter has pushed hard for his continuous capability development and delivery strategy (C2D2), which focuses on agility and operating at “the speed of relevance.” There are upfront costs, he said, but housing a large amount of the F-35’s capabilities in upgradable software and having a more flexible development plan makes it easier to adapt to changing threats rather than be locked into a course of action that is no longer relevant or requiring significant downtime to push updates to the fighters.

The Air Force's Lt. Gen. Jerry Harris, the Marines' Lt. Gen. Steven Rudder and the Navy’s Conn all said that it is difficult for their branches to be comfortable with the program and to pledge money toward it when the full scope of its costs is unclear, but that they are supportive of Winter’s vision for C2D2. When pressed for details on maintenance and availability by committee-member Mike Kelley of Mississippi, it became clear that it depends what production run the jet came from and what software it was on. Harris said that the newer F-35s with 3I or 3F software were available to fly 60 to 70% of the time, which is a good number, but that the Air Force’s 100-block 2b and older F-35s’ availability percentage sat in the low 40s. He said that the cost of operation differed based on production block and usage, but was approximately $50,000 per hour.

Though his numbers were the most detailed, the others branches’ generally followed suit, with the older aircraft falling below 50% availability and climbing above 60% for the newer ones.

That points to another focus of the F-35 program, which is modernizing the older F-35s. Between changes that have happened since the first fighters were released and the established issues during production, early-lot are in need of updating. However, that suck on parts and labor is another cost and further taxes the production and repair process that is already struggling to keep up.

Winter expressed optimism that this would smooth out once additional depots in the F-35 program’s global network are established. For things to get there, though, Congress will have to like what it hears in that June report. Otherwise, against everyone’s wishes, it could go the way of the F-22. 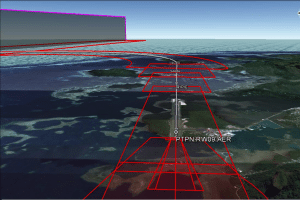 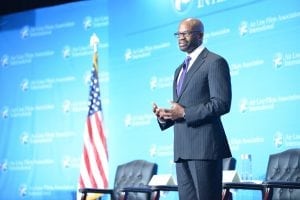 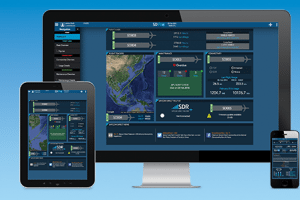