U.S. President Donald Trump's fiscal year 2019 budget proposal directs $716 billion toward national security, including $686 billion for the Department of Defense. Of that, $24 billion would be spent on new aircraft, with Lockheed Martin F-35 investment leading the way.

The major aircraft investments under Trump's budget proposal break down as follows:

In addition, there would be expenditure toward armaments, facilities and manpower. This is a considerably more defense-heavy resource allocation than in previous years.

Prior to the administration releasing its budget, during a question and answer session with media ahead of his trip to Europe, Secretary of Defense James Mattis outlined the importance of improving the nation’s defense capabilities, including a focus on buying more F-18 fighter jets with the existing 2018 budget, which he referred to as a “stopgap.”

"Squadrons that rate 10 airplanes have only seven. They can't repair the others; they're no longer repairable. We've flown the wings off of them, so to speak," said Mattis.

"We'll get to buy some new F-18s, for example, in order to keep the F-18 squadrons where they can be maintained at full strength," he added.

The budget still needs to go through Congress for changes and approval before anything is finalized. 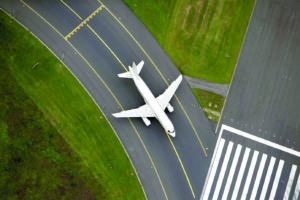