Rockwell Collins, Inc. reported 9% organic growth in sales year-over-year in the first quarter of fiscal year 2018 as part of 69% total growth, thanks largely to the acquisition of B/E Aerospace.

B/E Aerospace’s acquisition provides Rockwell Collins with an interior systems segment, and accounted for $716 million of more than $2 billion total in sales for the company, which was itself recently purchased by United Technologies Corporation for $30 billion.

Rockwell Collins CEO and President Kelly Ortberg particularly praised the commercial systems and government systems segments’ performance, which combined to do nearly $1.2 billion in sales and have the highest operating margins for the company, at 22.9% and 19.0%, respectively.

The company also owes some of its net profits to America’s new tax laws, as Rockwell Collins reports that its effective tax rate on GAAP earnings in the first quarter dropped 19.7 points, from 28.6% last year to 8.9% this year. It also saw a 10.5-point decrease in tax rate on adjusted (non-GAAP) earnings in the same time frame, down to 18.3%. 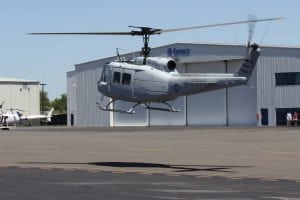 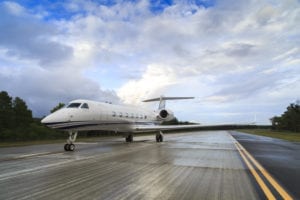