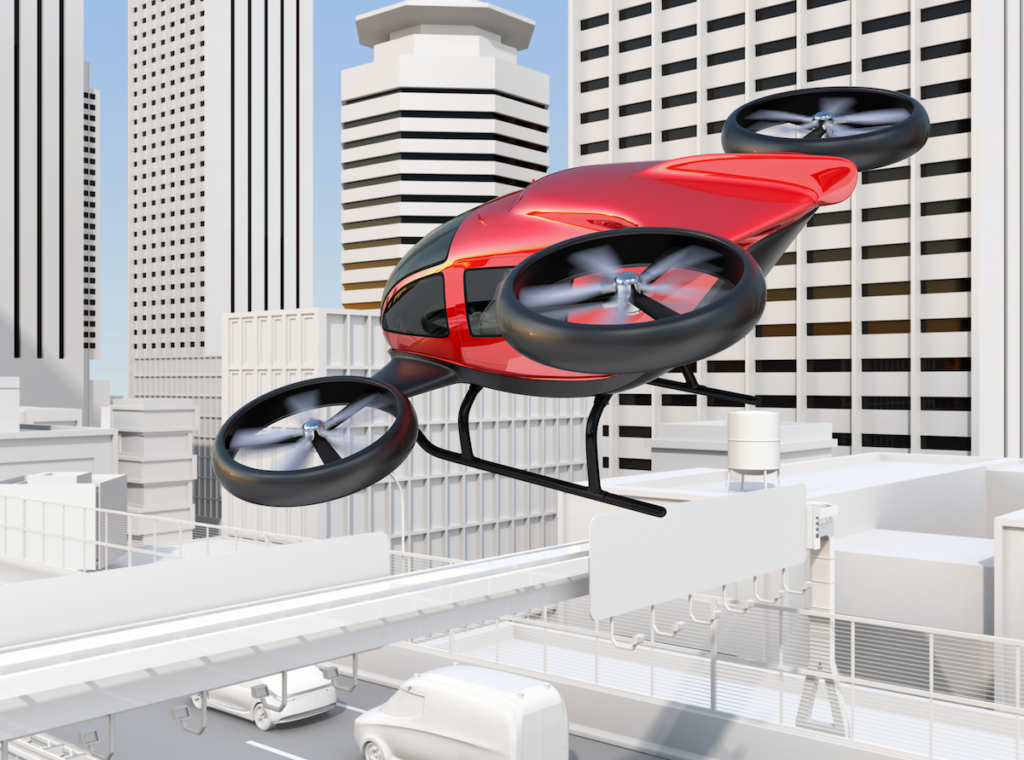 More than 80 percent of young adults ages 18 to 24 would be comfortable as a passenger on a self-flying aircraft at some point in their lifetime, according to the results of a new global autonomous vehicle study.

The study, conducted by Atomik Research, reached 22,000 online consumers across China, Europe, India and the U.S., finding that the biggest concern across all age groups is an autonomous aircraft’s ability to respond to external conditions, such as severe weather or turbulence. ANSYS, a U.S.-based maker of aerospace systems simulation software, commissioned the study to evaluate public perception and willingness to embrace the thought of flying in an autonomous air taxi or a self-flying airplane the size of a 777 in the future.

“I think that the key technology is already available,” Paolo Colombo, director of the aerospace and defense division of ANSYS told Avionics International. “The industry can design and build sensors like radars, cameras, LIDARs and GPS. Airplanes have been relying on fly-by-wire technology for decades and we’re already testing autonomous cars. But, when it comes to aviation, we must manage very complex flight dynamics, such as unexpected wind gusts, engine failure, bird strikes or the routine transition between vertical and horizontal flight.”

Atomik’s survey also found that only 7 percent of individuals polled were aware of the extent to which in-service airplanes are already autonomous. The survey showed that 36 percent of the respondents said they would feel safer flying in an autonomous airplane after being informed that the first and last 10 minutes of their most recent flight were likely controlled by a pilot with the rest being mostly auto-piloted.

In comparison with younger adults, only 45 percent of respondents over the age of 65 said they were willing to fly on an autonomous aircraft in their lifetime. 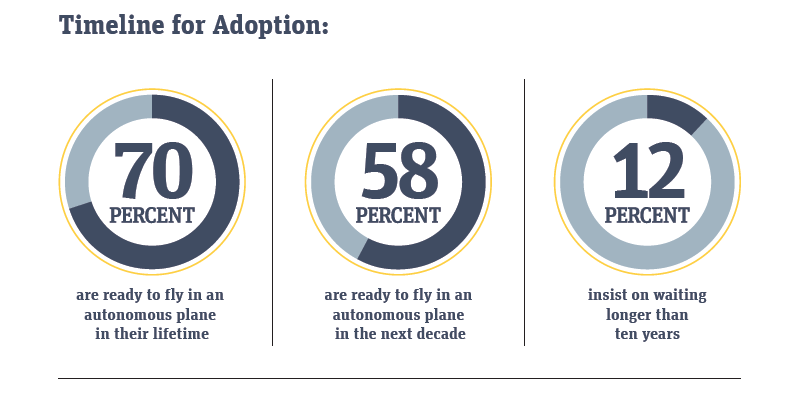 Some of the key statistics listed in the results of the survey. Photo: ANSYS

Colombo said the automotive industry’s introduction of self-driving cars is promising for aviation, but there are major differences to designing and developing safety critical flight control software versus autonomous capability for ground-based vehicles.

“While autonomous cars are usually standard cars with the addition of autonomous capabilities, in aviation we are usually redesigning the entire aircraft. New shapes, materials and a new position for the engines. All of these factors must be considered in a system-wide view in order to optimize the performance of the final product,” Colombo said.

The ANSYS study is the latest of several that have sought to understand public perception of pilotless aircraft. As an example, the urban air mobility division of Airbus conducted a study using Likert scale-style questioning to gauge potential passenger safety concerns associated with flying in an electric air taxi, such as the CityAirbus concept the company is flight testing in Germany. Airbus found that individuals ages 25 to 34 have the highest initial positive reaction to the concept of urban air mobility and perceived convenience of the concept was higher in more densely populated areas such as Mexico City and Los Angeles.

In the Atomik Research study, ANSYS discovered that more than half of the respondents would be willing to take a flight in an air taxi.

“The findings of this research are encouraging for the entire aerospace industry — people are ready for a new era of air travel,” Eric Bantegnie, vice president and general manager of ANSYS systems, said of the survey results. 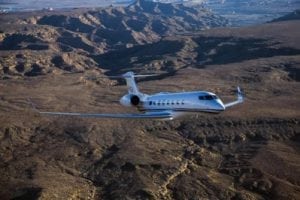