Following a revealing, government-led investigation in to the current state of the National Police Air Service (NPAS), which serves England and Wales, NPAS could soon be on the market for new aircraft. The probe was led by Her Majesty’s Inspectorate of Constabulary and Fire & Rescue Services, and found several instances of underperformance in terms of fixed-wing, rotary-wing and unmanned aircraft system assets.

“We found some fundamental problems with the current collaborative arrangements for police air support, which have led us to conclude that urgent change is required — if not a fresh approach entirely,” said Her Majesty’s inspector of constabulary, Matt Parr, who led the investigation, last week. “With the number of bases being halved and the number of aircraft being cut by a third in the last 10 years, savings have primarily been made by cutting the service provided to forces rather than increasing efficiency. An inconsistent service means that many incidents requiring air support are over before a police helicopter can arrive.

“Moreover,” he continued, “we are concerned that the police service now operates insufficient aircraft to provide a consistently prompt response to incidents in all forces in England and Wales.”

Some of the report’s findings included:

Recommendations were provided for each judgment handed down by investigators. Basically, the inspectorate called for the police forces to develop a common understanding of demand and analyze how different forces use air support. It also recommended that the National Police Chiefs Council publish a review of the NPAS deployment process and that NPAS should come up with a fleet replacement plan in consultation with commissioners who fund NPAS operating costs.

Expanding on fleet replacement, the inspectorate said that thus far there haven’t been enough funds available to buy new aircraft. Instead, NPAS has invested in upgrades, which has resulted in aircraft nearing the end of their service lives with no plans to replace them. NPAS currently has a fleet of 19 helicopters with plans to add four fixed-wing aircraft. The service supports all 43 territorial police forces. The majority of flight hours are spent conducting search missions, either for suspects or missing persons.

Analyzing NPAS’s financial management, the inspectorate reported it was “surprised that no new helicopters had been ordered in the first few years since the creation of NPAS” in terms of capital spend. The report said the newest helicopter was purchased in 2011, while the oldest was purchased in 1999. NPAS is currently using a like-for-like replacement model with a 15-year operational life for aircraft, the report said. This should have meant that four new helicopters were needed by 2017, with another three by 2019.

“Once the costs of estates and other capital items are considered, it appears that the average capital allocations to NPAS have been insufficient to fund the replacement of the seven oldest helicopters that are due to be taken out of service by 2019,” the report stated after citing several considerations. “Effectively, the capital available was only sufficient to extend their working lives by five years, and continuing with this level of capital allocation is likely to permit the working lives of further helicopters to be extended, but not the replacement of those that have reached the end of their working life.”

The report continued that the National Strategic Board said it is currently preparing a bid for a fleet replacement program. It should be submitted to the Home Office by March 2018.

The National Police Air Service (NPAS) responded to the findings, acknowledging the critical judgments put forth by the U.K. government while explaining it has been making efforts — however unsuccessful — during the last several years to combat these shortcomings.

“The journey to having a national police air service has been challenging for NPAS and we have learnt a lot along the way. To deliver stretching national efficiencies, we have sought to change the expectations of police forces about the role of air support in policing and to do so has been a difficult process,” said Chief Constable Dee Collins. “We look forward to working with [National Police Chiefs Council] and home office colleagues as we continue this journey and we hope to provide others that follow with a blueprint for national delivery.

“Our pilots and staff provide an invaluable service, particularly within the context of national austerity imposed on the police service where running costs have been significantly reduced from £55 to £38m and are significant factors to be borne in mind,” Collins continued. 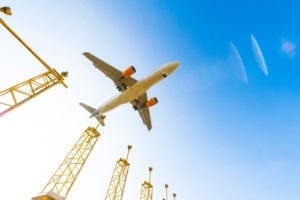 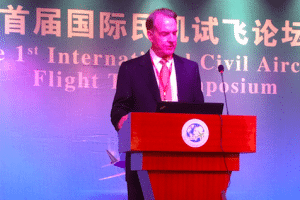 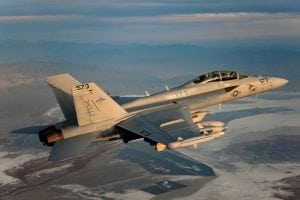