The FAA has published guidance concerning electronic flight bag (EFB) applications. An updated Advisory Circular has been issued for aircraft system designers, installers and operators who may want guidance for hosting EFB applications on portable devices and installed equipment.

Unlike the last guidance issued in May 2014, this circular offers new applications and the ability to manage EFB programs with “significantly less FAA involvement,” the agency said. The FAA said it worked closely with industry, other regulatory authorities and the ICAO Operations Panel to harmonize EFB guidance. All guidance associated with EFB classification has been eliminated in the new policy. The circular also clarifies the definition of “EFB” and reorganization EFB application software types according to safety importance.

Aviation stakeholders have requested changes, and the FAA has obliged in this new circular. The FAA is removing its previous prohibition on the display of aircraft location during flight on various EFB applications. This function was previously available only on the ground. Stakeholders also asked for the ability to make some day-to-day changes to EFB applications without having to contact their FAA principal inspectors. This is now permitted for many of the day-to-day modifications. 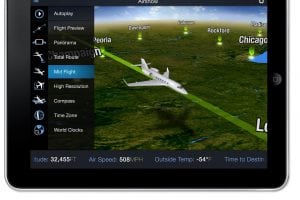