SDDS is the successor to the surveillance messaging and conversion equipment (RMCDE), which has been in use since 1991. The new system enables air navigation service providers to exchange surveillance data with increased security levels, according to Eurocontrol. In the coming months, LFV plans to regularly add more airport clients to the SDDS, including Bromma (ESSB).

“LFV has been working intensively with its [internet protocol] infrastructure over the last two to three years and efficient, effective and safe surveillance data distribution is an essential part of this infrastructure,” said Anders Andersson, surveillance systems manager at LFV. “It has been a fascinating journey together with EUROCONTROL and other potential SDDS users over the past two years in reaching the current status. We have been operational with SDDS … for two months without any issues whatsoever. We are already using some of the features SDDS offers, to the benefit of our users and customers." 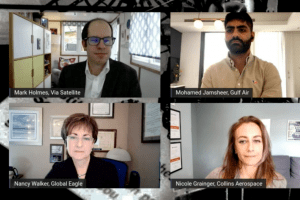 Increased Customer Expectations are at the Heart of Satellite's Mobility Debate