A mockup of the SJ30i cockpit. Photo courtesy of SyberJet

Under a new corporate structure, and with new avionics packaging, SyberJet Aircraft is preparing its revamped SJ30i and SJ30x light business jets for entry into service by 2019. Avionics caught up with Syberjet’s general manager, Mark Fairchild, to discuss the latest progress and technologies featured on the SJ30i/x.

The journey toward entering the SJ30i into service in the next two years first began in 2011, when Syberjet purchased the assets for the Sino Swearingen-designed SJ30 out of bankruptcy from Emivest Aerospace Corp. The following year, the company signed a deal with Honeywell to develop the SyberVision cockpit for the SJ30i and eventually the SJO30x next-generation versions of the SJ30.

A delay in the development of the new jets occurred shortly after Emivest sold the program, when GE Aerospace decided not to support its pitch trim actuator feature on the SJ30i. That caused what would have been a 24-month program to last significantly longer, and it was decided at that time that SyberJet would complete the avionics certification itself on what eventually became the SJ30i, according to Fairchild.

Now, as a subsidiary of MSC Aerospace (made up of MetalCraft, SyberJet and CBA), the company feels it has enough free cash flow to establish two competitive light business jet variants of the SJ30.

“We are currently self funding the avionics development and certification program from the profits of MSC,” said Fairchild.

MTI’s purchase of SyberJet included five unsold and incomplete airframes. Fairchild said SyberJet plans to assemble three of those airframes and sell them as SJ30is.

While the program is on track to make its maiden flight this year and with deliveries scheduled to begin by 2019, Syberjet will face a tough market. Demand for new business jets has been consistently down in recent years. At the 2017 European Business Aviation Conference and Exhibition (EBACE), aviation consultant Rolland Vincent presented a JetnetIQ forecast report predicting a “lull” in demand for another two years. The forecast projected a market for 7,500 new business jets worth $217 billion over the next 10 years; Jetnet at EBACE 2016 forecast about 400 fewer jets than the previous year.

The SJ30i is the currently certified SJ30-2 with the next-generation cockpit SyberVision. It features four 12-inch liquid crystal displays and standard SmartView synthetic vision system, dual flight management systems with dual WAAS GPS/LPV, as well as onboard weather radar and full EICAS and electronic checklists. Fairchild said the SJ30i is ADS-B Out rule-compliant and features support for FANS 1/A and SmartLanding, as well as an assortment of other features.

Regarding in-flight connectivity, Fairchild said Syberjet has not yet made a selection on what technology will be used for cabin Wi-Fi in the SJ30i.

“It will be centered around some satcom-based technology,” said Fairchild. “We purposely delayed making specifications mostly because every six months to a year, that technology changes significantly, and we don’t plan on delivering the first airplane until 2019. Right after the first flight, we’ll look at spec'ing that out.”

The SJ30x variant will feature the same cockpit avionics as the SJ30i with FJ44-3AP-25 engines in place of the -2A engines.

Over the past year, the SyberJet team has released continuous updates as installation of the various pieces of avionics are completed, including the co-pilot’s circuit breaker panels and the avionics bay with two MAU cabinets and various cards installed, shown below: The avionics bay of the flight test SJ30i aircraft.

“SyberJet plans to begin delivering SJ30i aircraft in 2019 and SJ30x aircraft in 2020 and reaching 24 aircraft rate per year around 2022,” said Fairchild.

The first flight of the SJ30i is projected to occur in the fourth quarter of 2017, according to Fairchild. SyberJet has power on the first flight test aircraft and has begun performing functional testing on the aircraft systems and avionics. 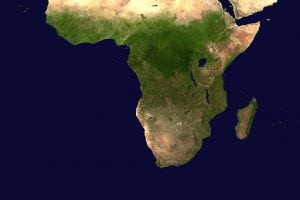 IATA Hopeful Intra-African Connectivity is Finally on The Horizon 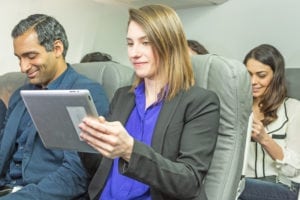 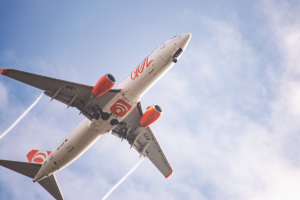 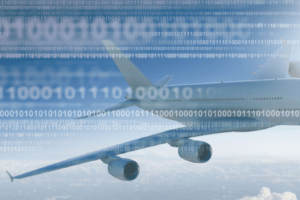