Emirates is teaming with other industry partners to build the “world’s first sector-wide Experimental Lab,” the airline said. The lab would be used to develop “the next era of human transportation” as part of the UAE Centennial Plan 2071.

Beginning this year, the Aviation X-Lab at Area 2071 plans to host industry summits. Applications would then be solicited from internal teams, independent engineering teams, academics and startups to help address challenges. Teams would spend a full year working with industry executives and regulators, Emirates said, to come up with new technologies and business models, run experiments and develop prototypes.

As part of the lab’s program, teams from around the world that make the finals would meet in Dubai each April for an annual event where they would pitch their concepts. Winners would relocate to Dubai the following month, along with corporate and government counterparts, and begin a curriculum co-created with the world’s top academic and innovation institutions, Emirates said. Applications for the inaugural lab are set to open in November, with the pitch event in April.

Area 2071 was launched by VP and Prime Minister of the UAE and Ruler of Dubai, Sheikh Mohammed bin Rashid Al Maktoum, to become the experimental nucleus of the Centennial Plan 2071, according to Emirates.

E-Commerce: What It Is, How to Claim It 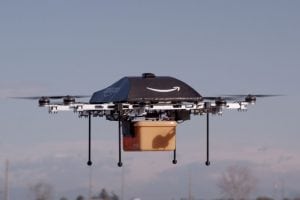