A Boeing C-17 Globemaster III  taxis on the tarmac at Travis Air Force Base, California, Sept. 11. Photo courtesy of the U.S. Air Force

The FAA is supporting Hurricane Irma recovery with a fully staffed mobile ATC tower in the U.S. Virgin Islands, the FAA said. The tower is located at Cyril E. King International Airport in St. Thomas and is assisting with flights from the U.S. military, the U.S. Federal Emergency Management Agency (FEMA), GA and some commercial flights.

The airport’s existing tower was badly damaged by the hurricane, the FAA said. Controllers had to manage air traffic from a tent on the airfield for several days. The FAA’s tower was operational as of Wednesday, and the agency is shuttling controllers to and from San Juan, Puerto Rico, to staff the facility. The tower was airlifted from Boise, Idaho, to St. Thomas via a U.S. Air Force Boeing C-17. A custom-made trailer and a truck were also brought to unload the tower. It is equipped with an engine generator, an air conditioner, four radios for the air traffic controllers and instruments to measure barometric pressure, as well as wind speed and direction.

Along with the air traffic controllers, the FAA brought a certification safety inspector to St. Thomas. The agency said he is working with the Virgin Islands Port Authority to ensure its operation is stabilized, airport safety procedures are in place, all hazards are mitigated and the airport is fully compliant with federal airport safety regulations. 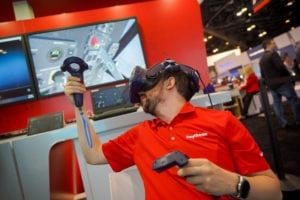 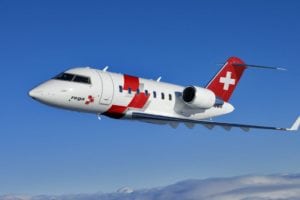