Research in this program supports potential development, demonstration, integration and transition of new affordable and “revolutionary” aircraft technologies and systems to warfighters, according to the program’s statement of objectives from March 2016. With an emphasis on cost effectiveness, the Air Force said it wants platforms that can accurately deliver weapons, payloads — like sensors — and cargo around the world.

The first task order asks the contractor to “develop methods and processes to quantify the uncertainty of design, integration, manufacturing and operation costs of Low Cost Attritable Aircraft Technology initiative concept vehicles,” according to the task order’s statement of objectives from May 2016.

Aurora was awarded this contract through the Air Force Research Laboratory at Wright-Patterson Air Force Base, but will perform all work in Manassas, Virginia, and some of its other locations. The contract is worth $499 million and is indefinite delivery/indefinite quantity (ID/IQ). Expected completion date for this work is 2025. 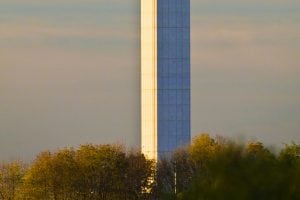