This patent, the company said, “describes a ‘method of synchronizing laser-links between aircraft.’” Airborne Wireless Networks believes commercial airplanes could become the communications satellites that the telecommunications industry has been looking for. In August 2016, the company officially trademarked the “Infinitus Super Highway,” which would use the laser-links to increase data transfer speeds. Airborne Wireless Network would place its broadband transceivers on a critical mass of airborne aircraft and use equipped aircraft as signal repeaters capable of providing wireless signals all over the world.

“We’re the pipeline,” de Mos told Avionics in February. “We’re not providing service to end users, we’re connecting aircraft and whoever taps into that connection and take advantage of the network, whether that’s an in-flight entertainment company, a telecommunications company.” 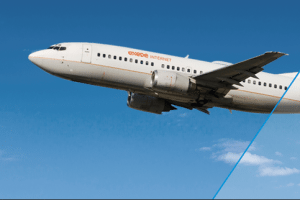 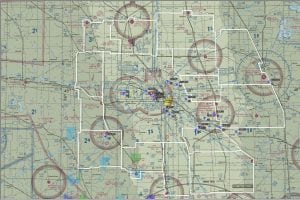