Could a voice-activated tablet application capable of monitoring safety-critical flight information and providing visual and vocal cues to pilots at different points of flight prove to be beneficial in improving general aviation single-pilot flight operations? Researchers from Mitre Corp.’s Center for Advanced Aviation System Development certainly think so. One team of experts from Mitre have developed "Digital Copilot."

According to Matthew Pollack, project leader for the Digital Copilot, the concept of the Digital Copilot was driven by the need to help reduce workload for general aviation pilots flying single-pilot operations. Pollack, also a lead simulation and modeling engineer for Mitre, describes the platform as a collection of algorithms and technologies stuck together with the goal of providing cognitive assistance to a single pilot similar to what a human co-pilot would do.

During a recent tour of the Mitre Center for Advanced Aviation System Development, Avionics editors observed a demonstration of the tech. During the demo, one of the center’s general aviation pilots made a simulated landing at Manassas Regional Airport in Northern Virginia. By verbally speaking the three-letter call sign of the airport into an iPad, the Digital Copilot automatically generated an approach path into the airport based on the current position of the aircraft.

Pollack and the team at Mitre believe such cognitive assistance capabilities could greatly reduce workload for general aviation pilots, especially when they’re flying solo and need to make multiple decisions within compressed periods of time.

“We designed Digital Copilot’s algorithms to look at the current situation, what the pilot is doing, what they’re trying to do, through some inference algorithms they’re trying to guess based on the current parameters, the current altitude airspeed, where the airframe is going, trying to infer what the pilot’s intent is," said Pollack. "That can be done by telling the digital co pilot what they intend to do, so that the digital co-pilot can monitor progress against what the plan was and help out that way."

Digital Copilot is capable of accessing multiple aviation data sources, and it uses proprietary algorithms to monitor trend and safety concerns. Since first developing the concept in the fall of 2015, Pollack’s team has hosted pilot-focused groups and engaged with pilots in testing the system in both a simulator environment and on actual flights.

One of the most innovative capabilities featured within the technology is its ability to issue verbal reminders automatically, such as air traffic communications frequencies, current weather conditions or runway information. Pilots can also request customized reminders.

The technology’s speech recognition and aviation data source access functionality is also designed to work without an internet connection. It just needs the pilot’s pre-loaded flight plan and navigation database information to work based on the specific information associated with the pilot’s flight plan and destination. It’s further enhanced if an aircraft is equipped with automatic dependent surveillance broadcast (ADS-B) Out transponders or portable receivers, which can constantly feed it updated weather information, NOTAMs and more.

“Our goal was to focus on smaller general aviation aircraft and did not want to build something that requires external connectivity. We want to get out there and start improving safety as quick as possible,” said John Helleberg, a human factors engineer and the group leader for Mitre’s human-centered experimentation and training department.

Now, the goal for Pollack, Helleberg and the rest of the team at Mitre is to provide the proprietary algorithms to some of the industry’s biggest tablet-based aviation app makers so that they integrate them into applications already used by pilots. Mitre is making the algorithms available to aviation companies via its technology transfer office.

Pollack said the capabilities developed so far for Digital Copilot are available through licensing agreements formulated through the technology transfer office, but research and development into new capabilities are still ongoing. While the initial focus has been tablet-based applicability, Helleberg said bigger potential is possible.

“While the small GA-portable tablet EFB environment was initially what we were thinking about, there’s no reason why the concept of providing digital co-pilot support couldn’t be scaled up to panel-mounted avionics or even to provide support to a multi-crew operation in the future,” said Helleberg. 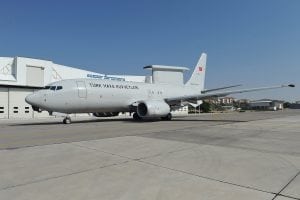 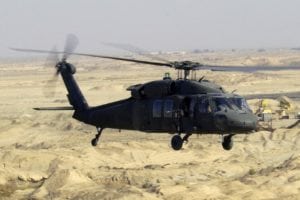