Amid ongoing consideration by U.S. lawmakers for separating the FAA’s role as the U.S. air navigation service provider (ANSP) from being the nation’s aviation safety regulator, FAA Administrator Michael Huerta is urging a “full and honest” review of the agency’s recent progress with modernizing the U.S. air traffic control system. In his speech at the 2017 U.S. Chamber of Commerce Aviation Summit Thursday, Huerta highlighted progress with NextGen and admitted he would like to see the agency move faster with the program’s deliverables.

Huerta’s speech comes two days after the National Business Aviation Assn. (NBAA) released a bipartisan letter signed by several U.S. senators on the Senate Appropriations Committee to oppose congressional plans for creating a new ANSP for the U.S. National Airspace System (NAS). Since 2015, lawmakers have been considering whether a new FAA reauthorization bill should separate the FAA’s ANSP role into a nonprofit corporation. Lawmakers and segments of the aviation community that support such reform believe the newly formed corporation would be able to provide more streamlined funding to deploy new NextGen technologies, ATC equipment and navigation procedures more quickly.

In the letter released by NBAA, the senators pointed out that funding for the FAA’s Air Traffic Org. (ATO) has been steady since 2008.

“Assertions of a lack of stable funding for the FAA are simply inaccurate. In fact, the Appropriations Committee has protected and prioritized funding for the ATO by providing more than 99% of the administration’s budget request since 2008,” the senators said in the letter, which can be viewed in its entirety here.

On Thursday, Huerta further highlighted the FAA’s progress with NextGen, noting that the FAA can demonstrate that it has already delivered more than $2.72 billion in benefits under the “NextGen modernization umbrella.” Huerta said the agency expects that number to increase to $160 billion by 2030. The FAA administrator did not provide details on how those benefits were achieved, although the agency thoroughly explains how it derives dollar amounts from operational benefits in its “Business Case for NextGen” analysis released last year.

“While I’ll be the first to acknowledge that we’d all like to move faster,” said Huerta, “I also firmly believe that any fair review of the past few years makes clear that our work together has been critical to the success of the tremendous progress we have made to revamp our air traffic system with the latest technologies.”

Ongoing progress on NextGen was also attributed to the work of the NextGen Advisory Committee (NAC), which held its latest meeting at Radio Technical Commission for Aeronautics headquarters last week. A report released by the NAC following the meeting further showed progress with NextGen. According to that report, there are now 2,681 aircraft operating in the NAS that are equipped with a Data Comm-capable future air navigation systems/very high data link mode 2/mode 0 avionics. Among those aircraft, 1,137 were equipped with Data Comm avionics through an FAA-lead equipage funding initiative.

Concluding his address, Huerta noted that the biggest needs of the FAA going forward to help accelerate the deployment of NextGen and the benefits it delivers include a steady and reliable funding source, access to capital for infrastructure projects and the freedom to make major purchasing decisions without all of the “current impediments.”

“Obviously, we have myriad challenges. But we also have choices,” said Huerta. “We can each focus our energy on trying to protect what we’ve got, which frankly, is a shortsighted approach.” 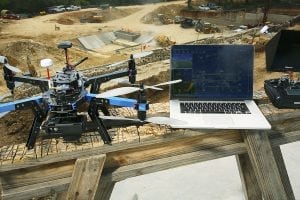 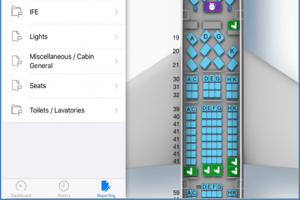 New Partnership Seeks to Offer Everything a Connected Aircraft Needs 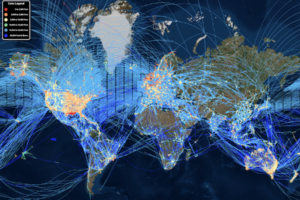