UPS has successfully tested a car-based drone, the parcel service says. The Workhorse Group Horsefly UAV (unmanned aerial vehicle) Delivery system can launch from a UPS truck to autonomously deliver a package to a home as the driver continues on route to make another delivery and return to the truck.

This test was conducted in Lithia, Florida, with Workhorse Group — a battery-electric truck and drone developer based in Ohio. Workhorse developed both the drone and the electric UPS package car used in the test. This drone has a 30-minute flight time (charging while docked), and has the ability to carry a package weighing up to 10 pounds. For the test, the company preset the route for its drone, but UPS’ On-Road Integrated Optimization Navigation (ORION) routing software could be used in the future.

“This test is different than anything we’ve done with drones so far. It has implications for future deliveries, especially in rural locations where our package cars often have to travel miles to make a single delivery,” says Mark Wallace, UPS SVP of Global Engineering and Sustainability. “Imagine a triangular delivery route where the stops are miles apart by road. Sending a drone from a package car to make just one of those deliveries can reduce costly miles driven. This is a big step toward bolstering efficiency in our network and reducing our emissions at the same time.”

But Wallace also added that drivers are to remain the face of the company. Right now, the company has about 66,000 of them on the road each day. Instead of replacing drivers, drones would act as an augmenter, saving time and money. If UPS could reduce driving by one mile per driver per day, the company could save up to $50 million per year. While UPS says this test does not demonstrate the end-all goal, it is “a possible role UPS envisions for drones in the future,” he said.

This is not UPS’ first time working with drones. The company has worked with companies like Zipline to use drones for the delivery of emergency medical supplies in Africa, and even staged a mock emergency delivery of medicine last September in the U.S. In addition to delivery, the company is also using drones for its own purposes to check inventory in high storage shelves in its warehouses. Director of Safety for UPS Airlines Capt. Houston Mills is also part of the FAA’s Drone Advisory Committee (DAC). 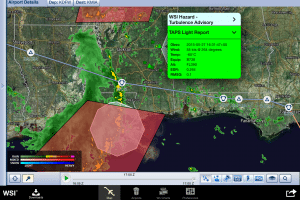 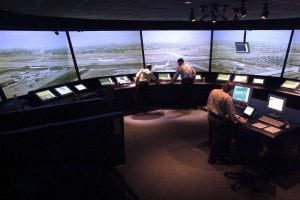