Government agencies, investment organizations and industry power players in Thailand are pooling their resources together through public and private partnerships to create Asia’s next major aviation hub. With passenger traffic expected to triple in the Asia-Pacific region over the next two decades, public and private aviation figures see Thailand as a potential aviation hub rival to Singapore.

Last week, Thailand’s Transport Ministry unveiled a development plan between 2017 and 2031 split into three phases. The first phase between now and 2021 will focus on building a new maintenance, repair and overhaul (MRO) center for Thai Airways. The second phase focuses on the continued expansion of that MRO center through 2026, and the third phase will focus on expanding Thailand’s aviation design and manufacturing capabilities.

The Board of Investment of Thailand invited journalists from all over the world on a four-day tour of its involvement in the above mentioned plan, which is part of a broader plan to grow public and private industrial capabilities around manufacturing embedded electronics, smarter cars, robotics and other technologies. During the tour, the agency unveiled a plan to invest $5.7 billion into expanding both the runway and aircraft hangar and maintenance capacity at U-Tapao International Airport serving the Thai cities of Rayong and Pattaya.

The starting place for Thailand’s push to become Asia’s next major aviation hub, that airport was first constructed with the help of the U.S. Air Force more than 50 years ago to support its involvement in the Vietnam War. In 2014, the airport was transitioned into a joint civil-military airport, which caused the number of annual passengers using the airport to jump from 168,000 that year to 750,000 in 2016. To support the expansion in growth, terminal two is now nearing completion.

Thai Airways provided a tour of its current MRO facility at the airport and discussed future plans for modernizations. According to Natthapat Sreshthaputra, chief production engineer for the aircraft overhaul department at U-Tapao, Thai Airways envisions building a “smart hangar.” Among the capabilities it would introduce is the use of drones to inspect aircraft fuselages for structural damage. The international carrier also wants to improve its ability to prepare for aircraft MRO activity for its own airplanes landing at U-Tapao.

“Before the aircraft even lands, we want our engineers to see pilot reports about any hardware or software malfunctions on their iPads, so that we can be ready to address the problem and get the aircraft back into the air quickly," says Sreshthaputra. "We will be investing in acquiring new technologies to make this a reality."

Repair and overhaul of auxiliary power units (APU) will be one of the future core capabilities of Thailand’s aviation industry. Last week, global investment firm The Gores Group that its Gores Small Capitalization Partners has completed the acquisition of Triumph Group Inc.’s U.S. APU MRO business, Triumph Air Repair and Triumph Engines. The completion of the transaction for the APU Overhaul Operations of Triumph Aviation Services — Asia is expected to close in March. The combined businesses have been rebranded as TurbineAero, Inc., which will operate two facilities, one in Chandler, Arizona, and the other in Chonburi, Thailand.

Rob Higby, former VP of sales and marketing for StandardAero's airlines and fleets division, was recently named CEO of TurbineAero.

“Everybody knows the aerospace hub within Asia is Singapore," says Higby. "Singapore has done a phenomenal job of being that international switching hub for all the OEMs, most of the MRO shops all the things that bring aviation together. What Thailand has started to do very well for [Thailand's Board of Investment], and for all the other efforts, is make it inviting to build a business here, to grow a business here." 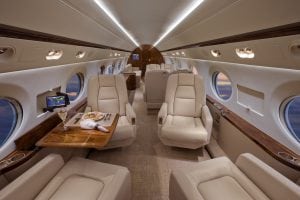 How Business Jet Connectivity Gets Upgraded, Secured and Future Proofed 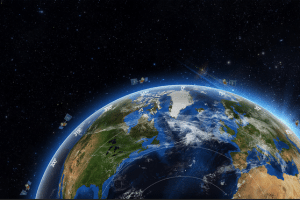